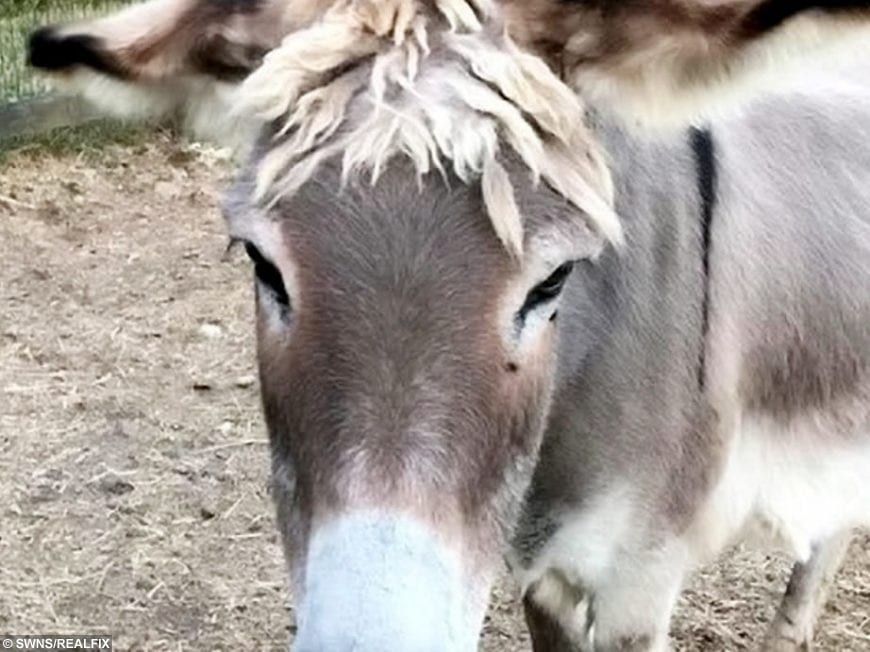 A 28-year-old donkey which gave rides to thousands of children has been found stabbed by its owner.

Bimbo, one of Greenwich’s beloved Blackheath donkeys, was found bleeding from his side on Friday by one of its minders.

The wound has since become infected and the old donkey has taken a ‘turn for the worse’ in past few days, his owner said.

The oldest in the herd, Bimbo is in a state of shock and has contracted laminitis, a disease similar to thrombosis in humans.

Owner Lorayne Ahmet visited Bimbo after one of his minders raised the alarm.

She said: “I cut back the hair surrounding the wound and found a straight cut. It could have only been from a knife.

“I felt sick when I saw the wound. Who could do this to a donkey?”

“I called the vet and she confirmed Bimbo had been stabbed.”

Lorayne looks after the group of donkeys in memory of her father Len Thorne who died in 2012.

Len had run rides on Blackheath, near Greenwich park in London for 65 years as part of a family tradition dating back to the 1800s.

Lorayne, who is awaiting Bimbo’s blood test results, said: “I call him the Victor Meldrew of the donkey world. He is always on his own and looks grumpy, but never is.

“Dad would have been devastated if he knew what had happened to Bimbo. He was his favourite and led him at his funeral.

“He was doing really well until yesterday. He is now very subdued and in a lot of pain. He spends all day in the corner with a ‘lay off’ look on his face.

“He won’t eat his antibiotics so we are having to manually syringe them into his system.”

The herd had lived for nearly 30 years in a field surrounded by six foot fences.

But in 2012 they were moved on after then Mayor of London Boris Johnson decided to build the Greenwich Equestrian Centre on the spot as an Olympic legacy.

The donkeys are now in a field in Eltham, south east London, with shorter fences which leave the herd open to outsiders.

Lorayne said: “The shorter fences was dad’s main worry when we were moved on from Shooters Hill.

“Most of the donkeys are quite shy, but Bimbo is domesticated so I think that’s why they went for him.

“There have been a few stabbings in Eltham of late and I have seen youths messing around with the donkeys. I think one of them could have stabbed Bimbo as a gang initiation task.

“I’d like to get my hands on them, put them in a field and let the general public do what they want with them.

“Anyone who harms an animal, child or elderly person needs to be locked away and the key thrown away.”

Lucy Morris, the donkey minder who found bimbo, has set up a go fund me campaign to cover the vet bills and install taller fences around the field. It has raised more than £2000.

Loyrane added: “I am overwhelmed by people’s comments and donations and I thank them from the bottom of the heart.

“My dad would have been delighted that people remembered him and his donkeys.”

Loyrane reported the incident to the police and is waiting for them to get back to her.