These adorable harvest mice seem to strike a pose as they run up and down shoots of straw in the summer sun.

The miniature mammals bodies measure just an inch-and-a-half long and are usually impossible to spot in the wild.

He breeds the mice and then takes them into nearby fields to capture the images. 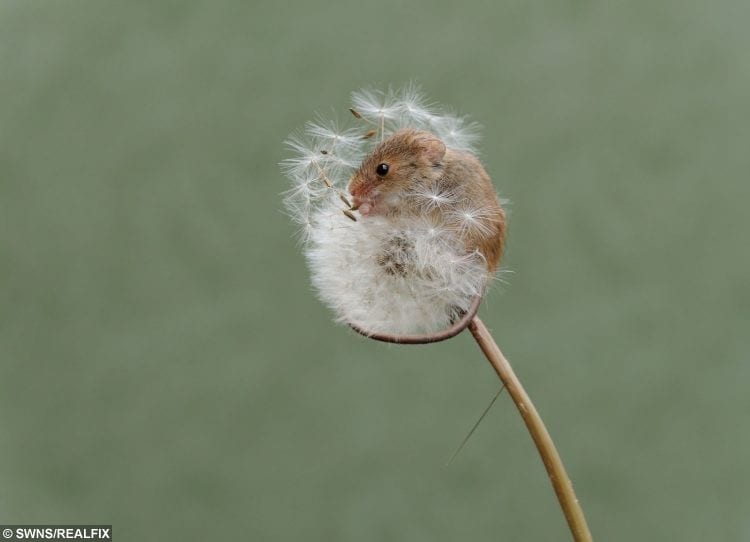 He said: “They run around all of their own accord. They go up and down to their hearts content.

“They’re incredibly photogenic little mammals. They do pose for a short period – but they mainly just run up and down.

“I don’t handle them very much at all. I like them to do what they do naturally.

“They’re just so tiny they’re almost impossible to spot in the wild.”

He runs his workshops through Windows on Wildlife Hides and Workshops in Winborne, Dorset, all year around and says every body who takes part “absolutely loves it”.

The mice are placed in a clear box and for short period are photographed. 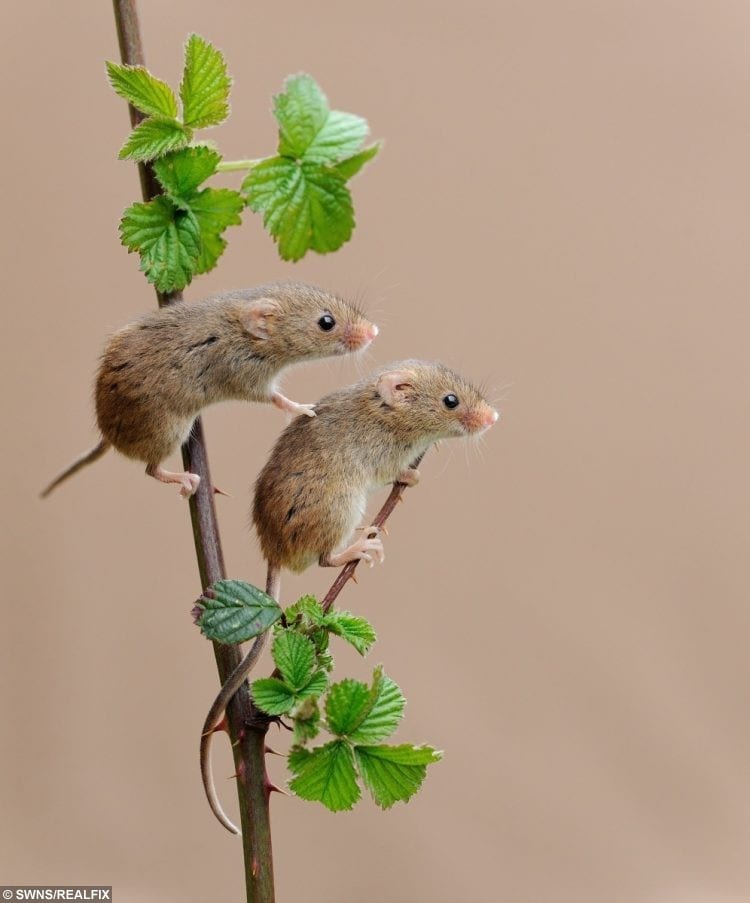 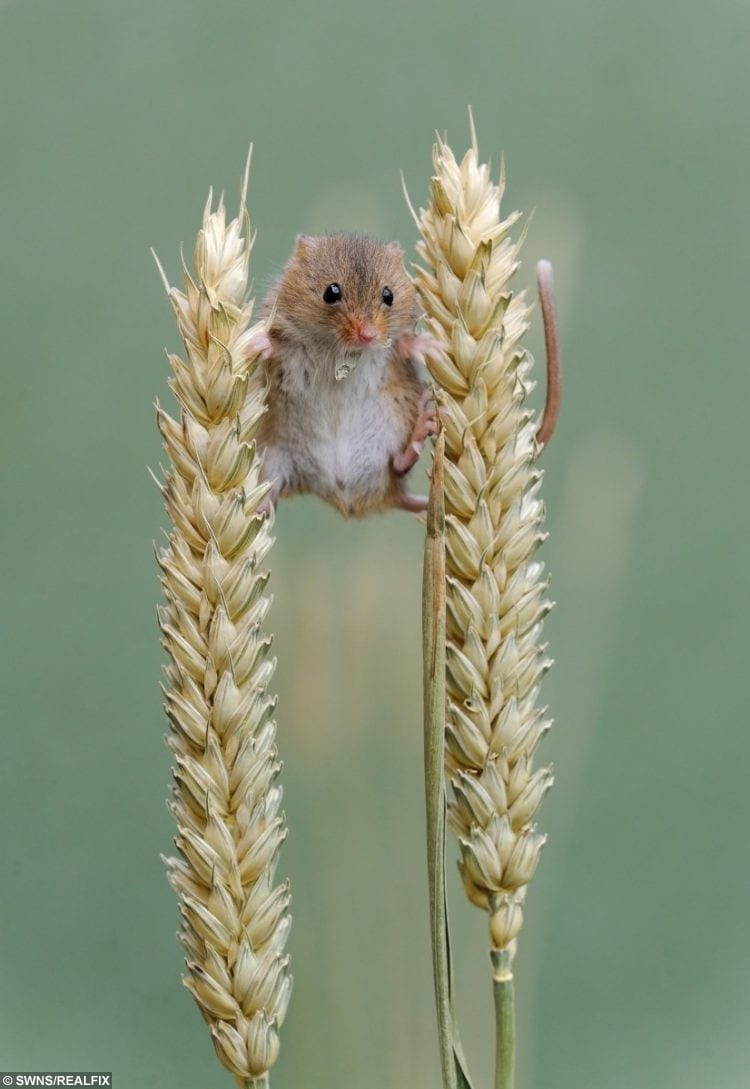 The tiny creatures live in long grassland and fields.

They live around three to six months in the wild and up to 18 months in captivity.