These amazing pictures capture the moments after an adorable Flamingo chick came into the world - the first at its zoo to be reared by its own parents.

These amazing pictures capture the moments after an adorable Flamingo chick came into the world – the first at its zoo to be reared by its own parents.

The baby hatched at Auckland Zoo in New Zealand on January 9, while visitors watched on in awe.

The fluffy tot can be seen stretching its small wings and exploring the enclosure in the first few days after its birth.

The photos show it starting to walk for the first time while not straying far from its mum and dad’s watchful gaze.

Its parents, Cheviot and Neil, are the first pair of mating Flamingos at the zoo to nurture their own offspring, with previous chicks being raised by staff.

The newborn and its family are Greater flamingos, which are the tallest species of flamingo, growing up to 1.5 m tall as adults. 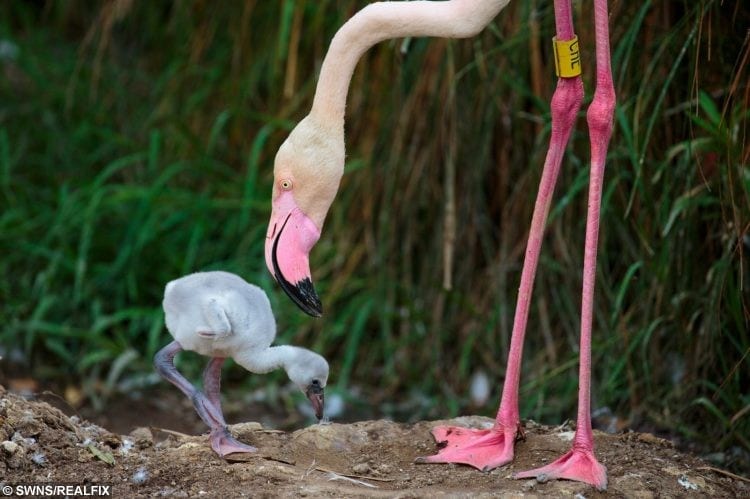 Greater flamingos can be found in the wild in Africa, Asia and Europe.

The baby in the photos has grey feathers and won’t gain its pink colour for a few years.

The elegant birds get their famous colour from pigments in the algae and shrimp they eat.

Greater flamingos are not considered an endangered species.

However, conservationists believe the current human impact on the environment could damage their wetland habitat in the future and lead to a reduction in their numbers.