An extremely rare albino hedgehog found by animal lover Fiona Johnson, 40, of Doncaster. See Rossparry copy RPYHOG: Fiona Johnson, 40, found her family's tiny new friend on the edge of the road two weeks ago after she was persuaded by her 13-year-old son that there was an animal "glowing in the dark". Since saving the 12 week old glowstick, Fiona has discovered just how rare the animal is - with only ONE in 100,000 hedgehogs born albino. Now the generous beauty therapist - who also has a tortoise, puppy and two rabbits - is taking name suggestions for her early Christmas present.

An animal-loving mum rescued a rare Albino hedgehog from the roadside – after her son told her there was an animal “glowing in the dark”.

Fiona Johnson, 40, took the tiny glowstick home after her 13-year-old son Lucas spotted him by the edge of the road two weeks ago.

Beauty therapist Fiona has since discovered how rare the animal is – with only ONE in 100,000 hedgehogs born albino.

The family have decided to house the hog over winter to keep him safe – and are delighted with their early Christmas present. 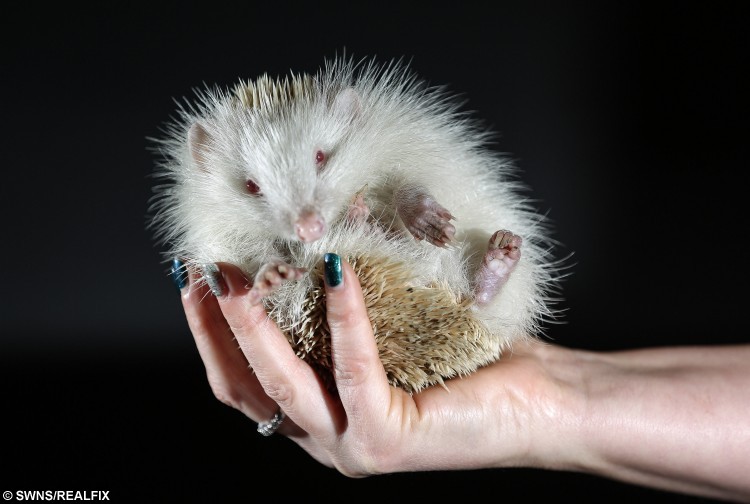 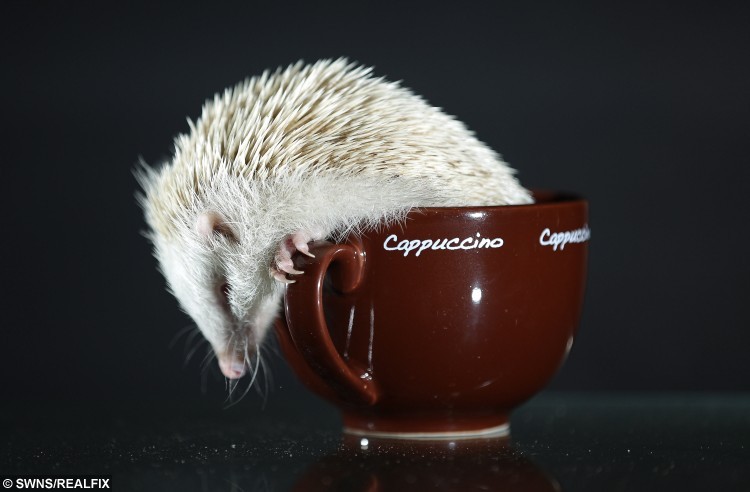 Fiona, from Belton, near Doncaster, South Yorks., who already has a tortoise, puppy and two rabbits, said: “I call him hoglet but I really think he needs a Christmas name because he’s white and so fluffy.”

Since his adoption little hoglet has become quite a celebrity – with Fiona’s local vet astounded at what she brought into the surgery.

Fiona said: “I took him to the vet just for peace of mind, to get him checked over and for a bit of advice.

“At first the vet thought he was a pigmy hedgehog which are quite common – they have a short nose and just four toes.”

“When I got hoglet out of the basket he was all curled up and you couldn’t see his nose or feet but as he was unravelling the vet was becoming more and more excited.”

“He said: ‘He’s got a long nose! He’s got five toes!’. He couldn’t believe it was actually a European albino hedgehog.

“He started taking pictures and everything.” 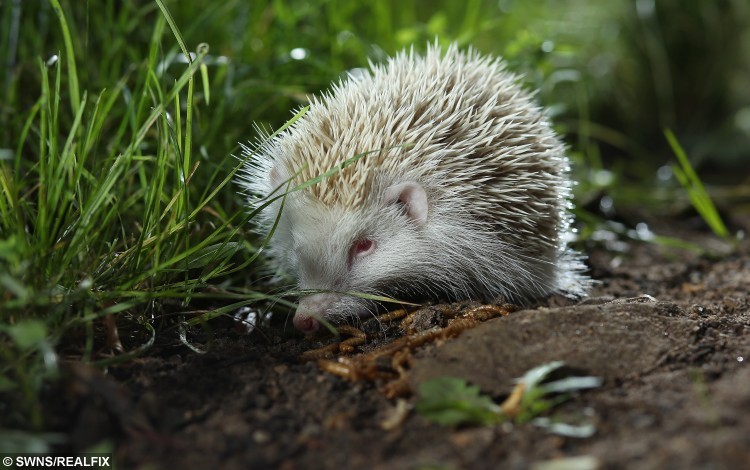 Mum-of-three Fiona is no stranger to hedgehogs and took one in last year when she discovered it was too small to survive.

She said: “When I was a teenager I did work experience with hedgehogs in the RSPCA so I know that if they are away from their mother when they are too small they won’t survive.

“When we found this little albino, I knew he was going to be too small to survive too.

“Not only that but he glows in the dark which means he’s an absolute target for predators.”

Fiona realised that hoglet was very tame and initially thought he might be someone’s pet.

She said: “I put it out on Facebook, asking if anyone had lost an unusual hedgehog.

“Eventually a woman got back in touch with me to tell me that she had been called out to a whole brood of baby albino hedgehogs.

“Unfortunately, the mother had died and several of the babies had died as well. The only thing she could think was the this one had escaped and somehow survived.”

Hoglet now lives in Fiona’s porch and has won over her husband Stephen, 42, and three sons Lucas, 13, Harley, 9 and Darwin, 3 as the family try to encourage the little fella to put on weight.

Fiona said: “To survive in the winter, they need to weigh 600g but he only weighs 300g at the moment.

“But he needs to be kept warm so he doesn’t hibernate because if he does he’ll die.

“So we’ve put him next to a radiator and my husband has made him some heat pads from some heat mitts I have in my beauty salon!”

Whether the white ball of fun will be able to be released back into the wild is something Fiona is as yet unsure of. 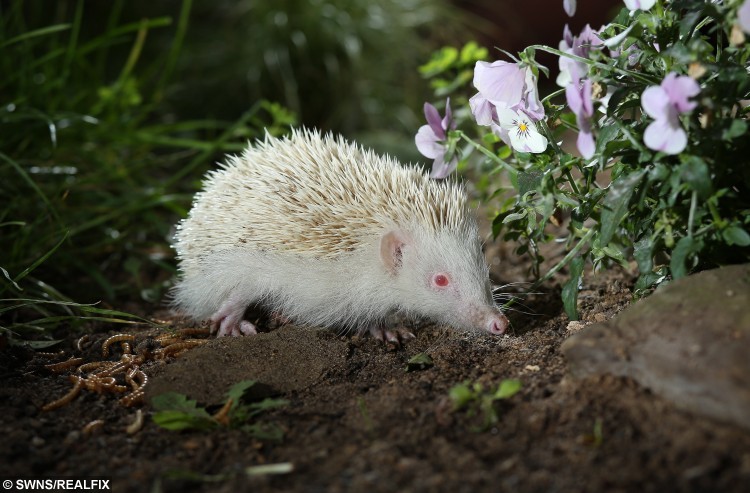 She said: “I’ve had conflicting advice from the vet and the local hedgehog society.

“The vet has advised me to release him into the wild in spring but the hedgehog society doesn’t think he’ll survive in the wild then.

“I had made a little run for my tortoise in the back garden and I may introduce him to that in the spring to get him used to the outdoors.

“We may also contact Yorkshire Wildlife Park to see if they can help us with him.”

Fiona added: “Until then we’ll keep me with all of our other pets – we’ve been affectionately nicknamed Belton Zoo.”