Animal rights campaigners are in a race against time to raise money for life-saving surgery to save the bacon of an epileptic pig.

Angel the pig’s health is believed to have deteriorated due to either meningitis or starvation when she was a youngster – and now the sow is sadly suffering from blindness, muscle spasms and seizures.

She was immediately checked into an animal sanctuary in Herne Bay, Kent, back in March and was not expected to last the night.

But the tough miss piggy has come on ‘leaps and bounds’ despite suffering from muscle spasms and seizures – which make her cry out. 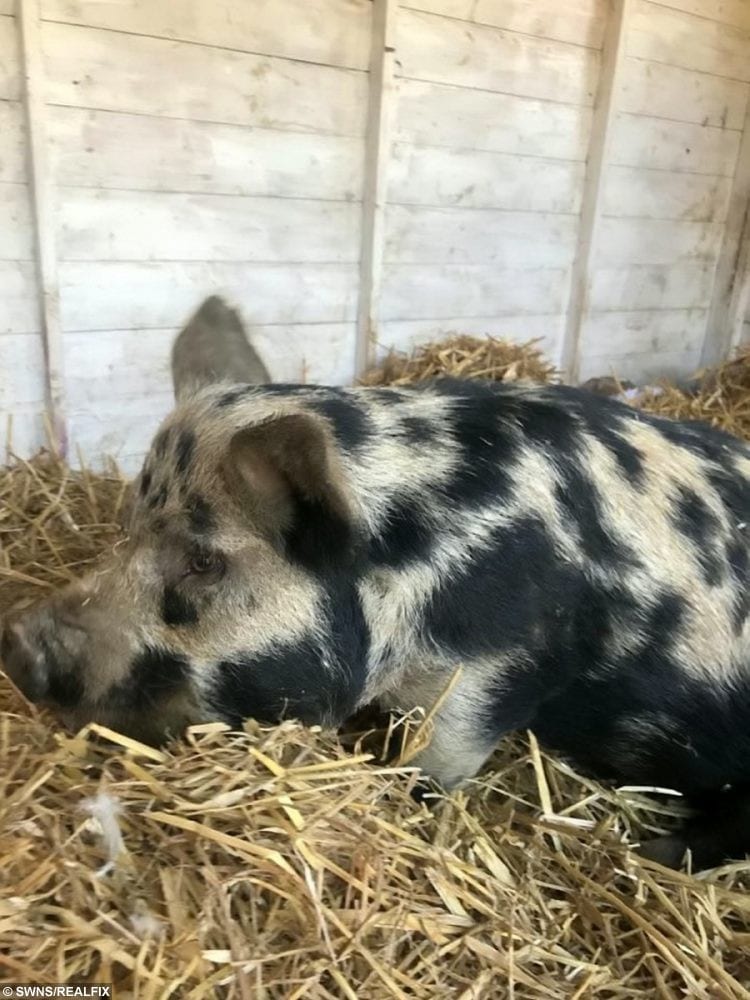 The black speckled porker has also lost almost all of her sight, and now needs £3000 surgery to save her bacon.

Jen Silk from the Retreat into Wonderland says the sanctuary are now in a race against time to raise funds needed for treatment.

She said: “We started to realise that when she’d walk, one side of her body wouldn’t move properly and she’d have muscle spasms.

“She keeps getting seizures and they have made her lose most of her sight. It’s very upsetting because she lets out a cry whenever she gets one and she gets very distraught afterwards.

“Our vet seems to think she either had meningitis when she was a youngster and it hadn’t been treated or it could be a result of starvation.” 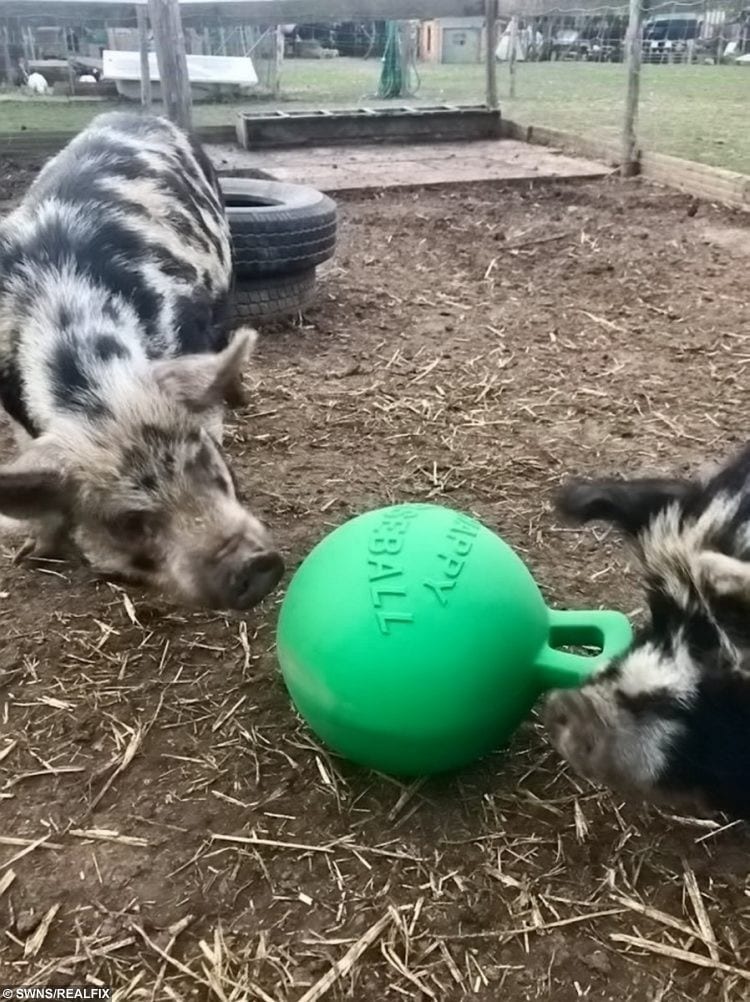 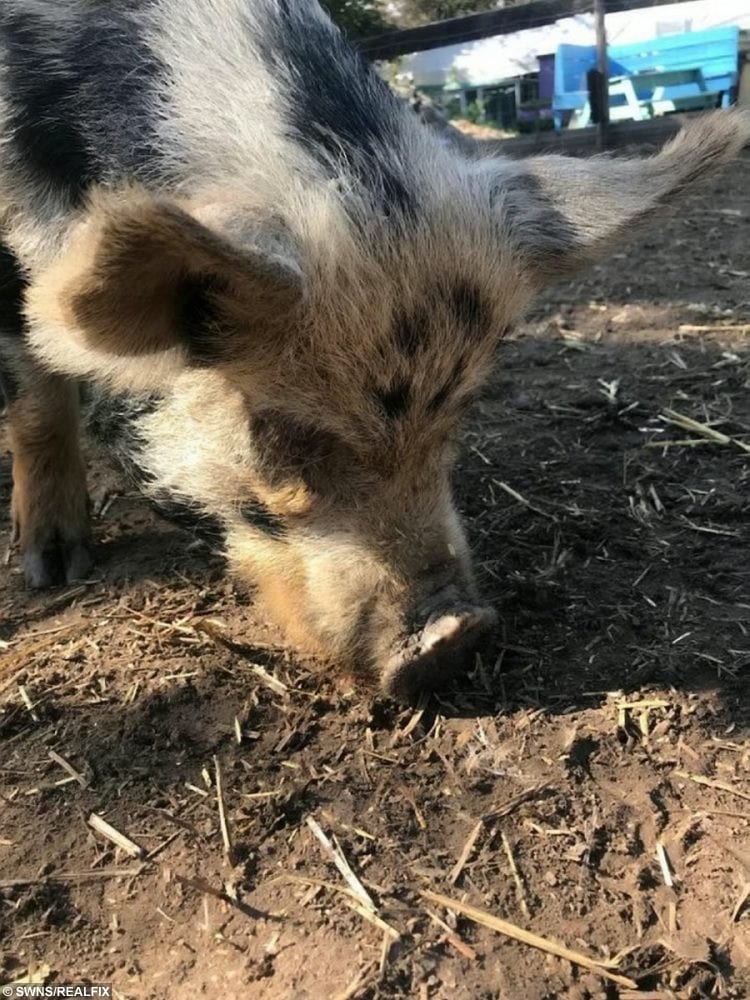 Ms Silk says the only vet who can give Angel the MRI scan is based in Bristol and will cost £3,000.

She has now set up a GoFundMe page to raise the money needed.

The 34-year-old added: “It seems to be that with every seizure she loses more of her eyesight.

“She’s such a happy, friendly girl. Because she’s so young she deserves that chance to live.

“Angel is not in any pain and she is happy.

“We are an animal sanctuary and all the time she is willing to fight and it is humane then we fight with her – because that is what we are signed up to do as a sanctuary.”