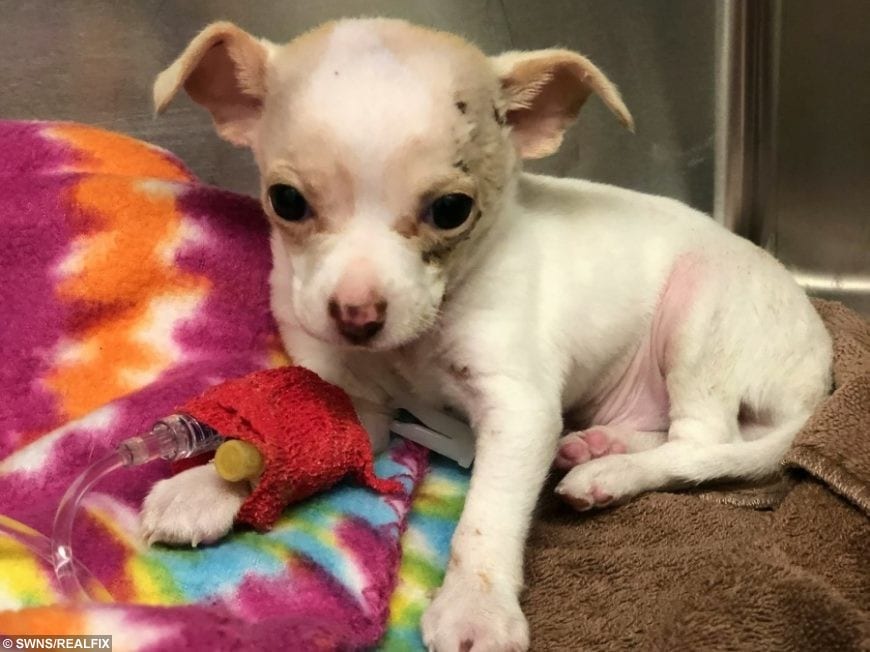 An animal shelter has been inundated with requests to adopt a puppy that was snatched and dumped on a building site – by a HAWK.

Officials at the Austin Animal Center in Texas say they have been bombarded with adoption requests for the miracle six-week-old chihuahua. 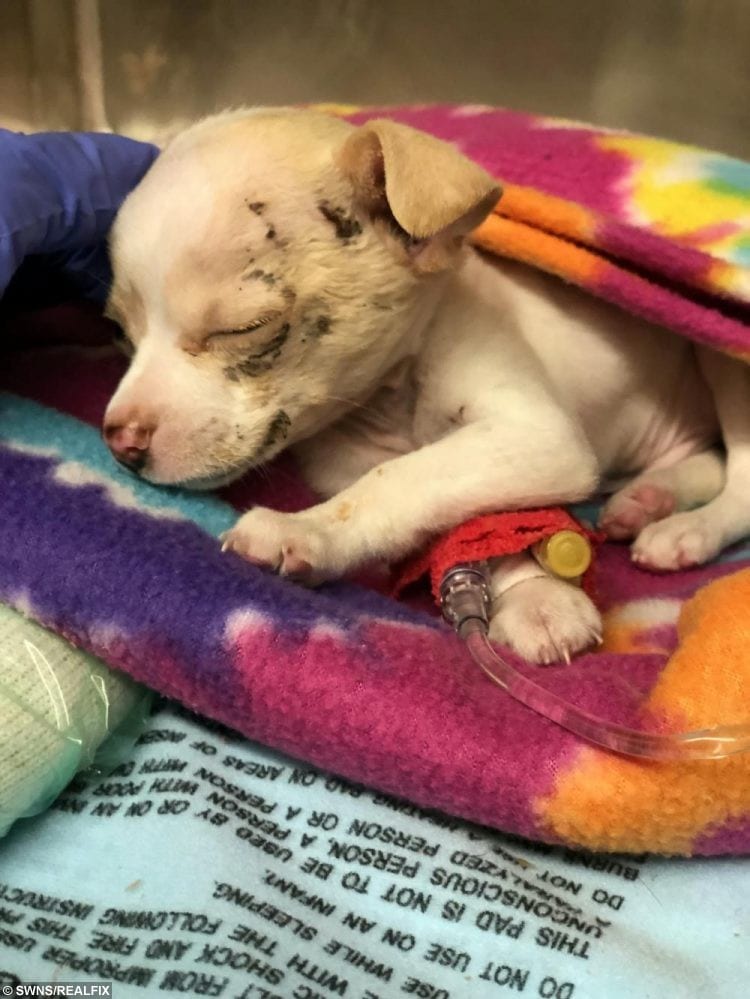 The cute dog miraculously survived being grabbed by a hawk, then dropped onto a building site.

“We have some really amazing families to choose from for him, but we hope people will come adopt one of the hundreds of other pups we have at our shelter who are still looking for their forever home,” she added.

On January 11 [2019] construction workers in Austin heard a puppy yelping, so they began to search their site for the distressed animal.

They realized that the cries were coming from above them in the sky. Soon afterwards they spotted the pup, who had been clutched in the claws of a hawk flying overhead.

The hawk dropped the pup and the builders rushed to his rescue. The tiny chihuahua was then transported to a local vet, but no owner could be located, so he was transferred to the Austin Animal Center.

At the shelter the pup was named named Tony Hawk, after the famous skateboarder, and given a little Superman sweater. 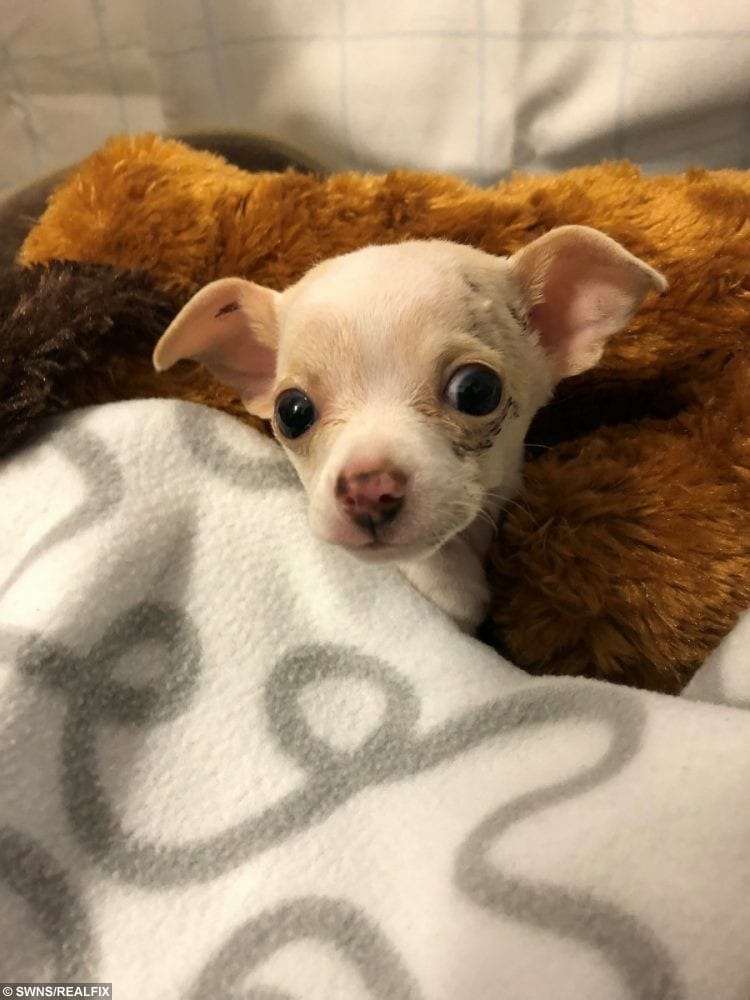 Remarkably Tony Hawk’s injuries were not too severe.

“He had some cuts on his little head and shoulders from the hawk’s talons, but that was it really,” said Jennifer.

“Despite his large fall he hadn’t suffered any broken bones or internal injuries at all.” 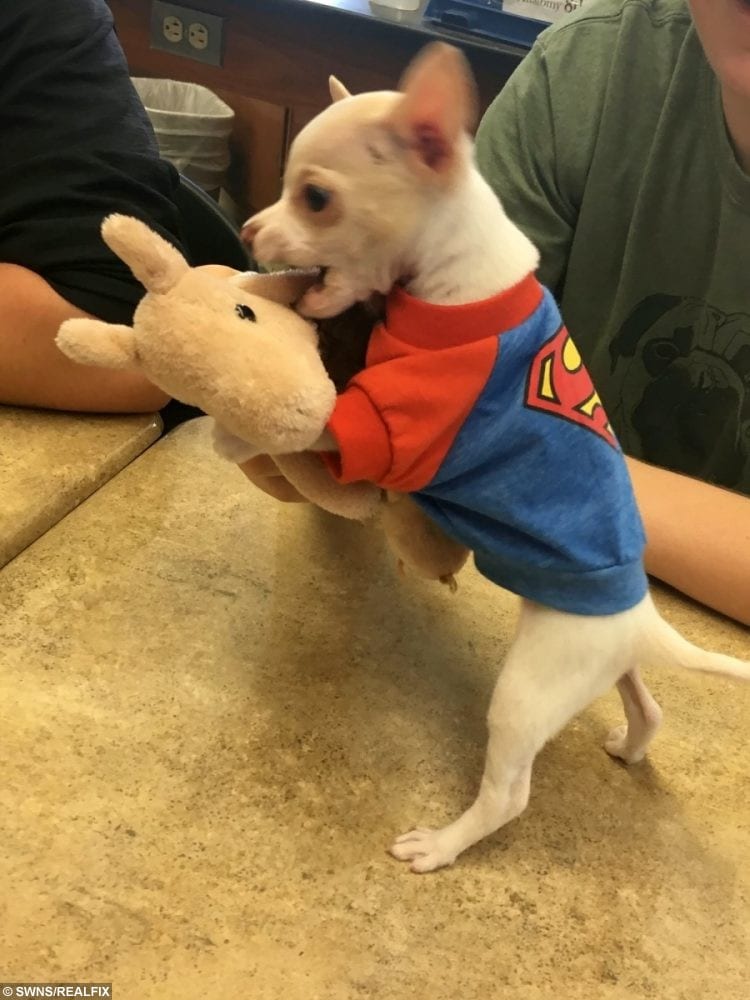 The seven-week-old cutie was treated for his minor wounds and placed with a loving foster carer until he can be given a more permanent home.

“He’s still very young so he needs a couple more weeks in foster care before he is old enough to be neutered and then placed for adoption,” said Jennifer.

“He’s doing great now. He’s definitely happy and healthy, he loves being around people and playing with toys, doing all the things a regular puppy loves to do.”