Anyone got a spare paddling pool for an orphaned baby seal?

One of the donated paddling pools being used to care for orphaned seals. See SWNS story SWSEAL; The RSPCA is desperate for paddling pools to help them look after a surge of orphaned and injured seals caused by stormy weather. The seal pups have been separated from their mothers in rough weather and have been unable to hunt for their own food. The RSPCA centre at West Hatch, in Somerset, is caring for 15 of the baby seals and has called for old paddling pools to be donated to help them care for the pups. Some of the youngsters at West Hatch are sick and quite badly underweight.

An animal charity is appealing for people to help with a sudden influx of baby seals – by donating PADDLING POOLS.

The RSPCA says they have been flooded with orphaned and injured seals because of the recent bad weather.

The pups have been separated from their mothers in stormy seas and been unable to hunt for their own food.

The RSPCA centre at West Hatch, Somerset is now home to 15 pups and they are calling for old paddling pools to help care for them. 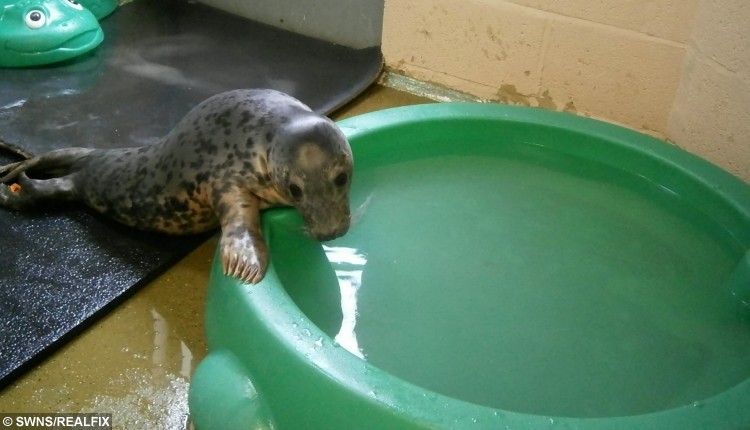 Some of the youngsters are sick and badly underweight and need constant care from staff.

They say that a plastic paddling pool is the ideal environment for the seals to recover.

David Couper, wildlife veterinary officer, said: “They’re often very skinny, they’ve lost a lot of weight and quite often they have various wounds as well if they get washed up on the beaches during bad weather.

“They’ll damage their flippers and you might have seen the one that’s got the damaged eye.”

“Often it’s a case of giving them antibiotics for their wounds, cleaning up their injuries and basically trying to get some weight on them again.”

Once the seals have recovered they are returned to the wild, or sent to experts if they need further treatment. 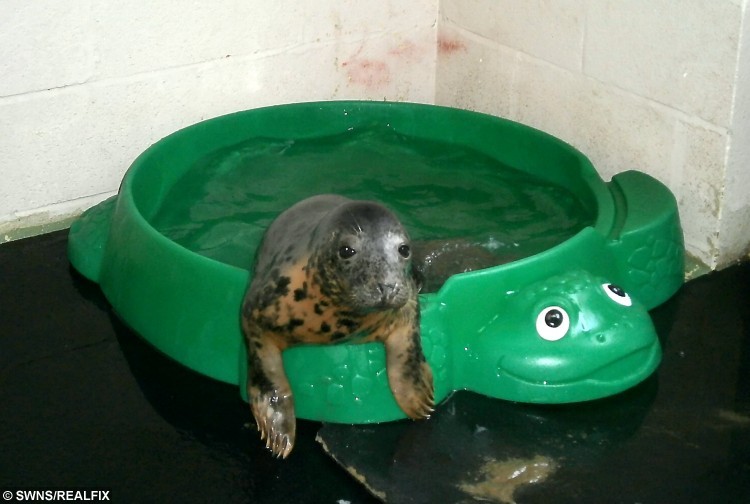