Hiyori the seal with a seal plush toy at Mombetsu Land, an attraction in Japans Hokkaido district. See Masons copy MNSEAL: If theres anything cuter than a seal, its a seal with a plush version of itself! This adorable animal at Mombetsu Land, an attraction in Japans Hokkaido district, got a special present from the zoo staff  a plushie that looks just like the mini me version of the seal. Clearly, the seal got smitten with the toy, as he couldnt stop hugging it, riding it on the back, and squeezing the toy to its heart. We wonder if the seal thinks the toy is its baby. One thing is for sure  this is cuteness overload.

This adorable seal spends its days cuddling — a stuffed toy that looks like a “mini me” version of itself.

The seal, believed to be called Hiyori, was given the plushie toy by zoo staff and it was clearly love at first sight as he couldn’t stop hugging it.

Super cute photos have surfaced on the internet of the smitten seal holding his new best friend in a loving embrace, and letting the miniature toy ride on its back.

The seal is clearly besotted by the stuffed animal and it appears it may see the toy as one of its own pups.

Hiyori was handed the special gift by zoo staff at Mombetsu Land, an attraction in Japan’s Hokkaido district. 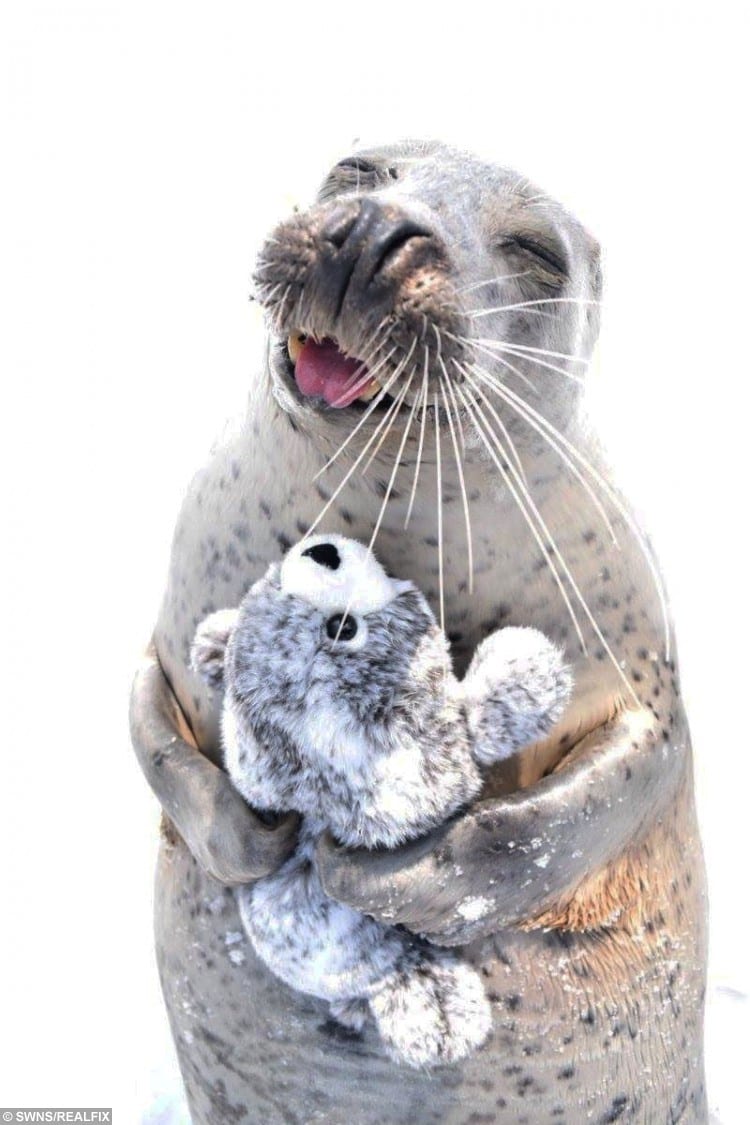 The toy was also offered to the other seals living in Seal Paradise and it seems to have been a hit all round.

A tweet by Mombetsu Land has gone on to be shared some 24,000 times