PC Whatmore with the piglet found on the busy A1066 near Ixworth roundabout, in Bury St Edmunds, Suffolk.

A lost piglet was returned to its owner after it was found wandering the streets six miles away from its home.

The piglet, which was less than a day old, was found by Norfolk police after they were called to reports of a piglet running loose on the weekend (13 Oct).

The tiny porker was spotted running on the busy A1066 near Ixworth roundabout, in Bury St Edmunds, Suffolk.

When police arrived, equipped with a cat carrier, they recognised the piglet needing to be reunited with its mother.

PC Shelly and Thetford beat manager PC Whatmore posted pictures of the runaway on Twitter – although PC Shelly looked to be struggling to contain the excitable piglet.

A police spokesman said: “The piglet, less than a day old, was found wandering on A1066 near Shadwell.

“PC Shelly and beat manager PC Whatmore rounded it up and returned it to the farmer safe and well.

“One of our nicer, heartwarming jobs. We all like a happy ending but I have to admit PC Whatmore seemed more at ease with the piglet than PC Shelly!” 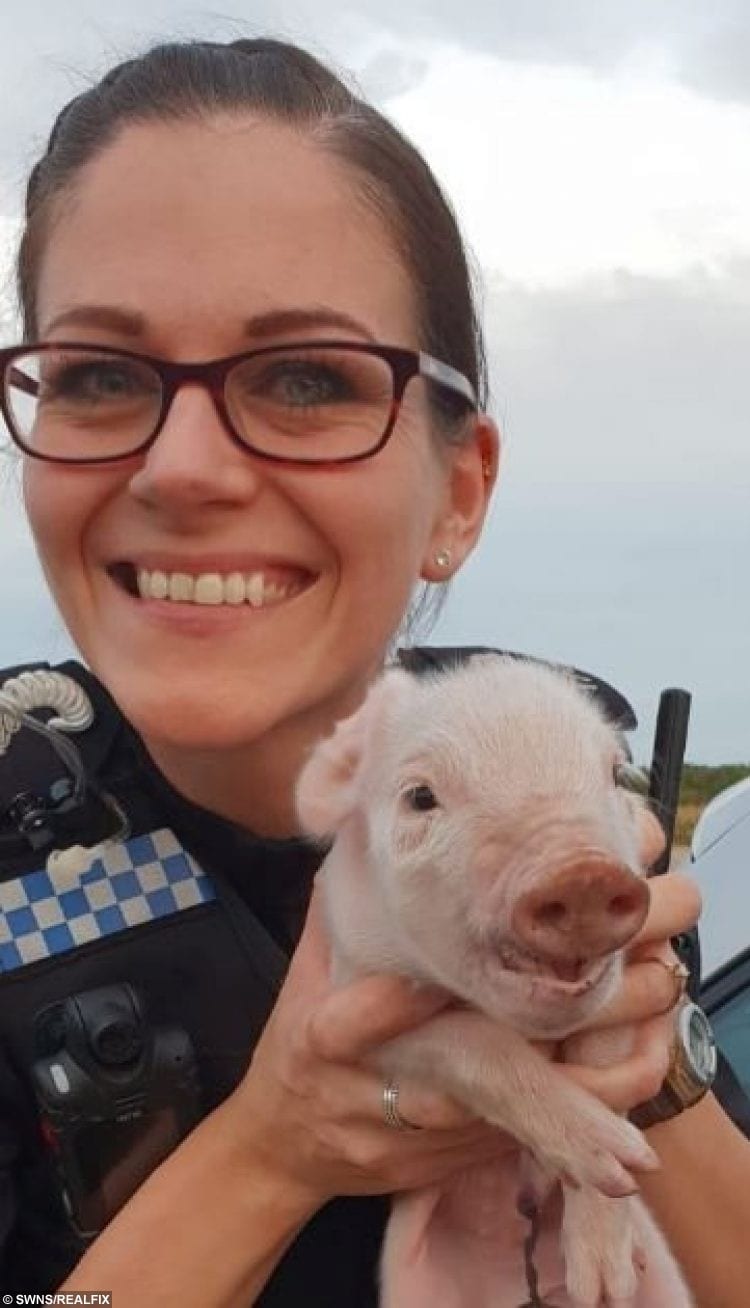 The piglet was returned to Snarehill Farm near Thetford, in Norfolk at 5.50pm on Saturday (13 Oct).

Police were called at around 5pm yesterday by a member of the public who had seen a very tiny piglet running loose on A1066 not far from Ixworth roundabout.