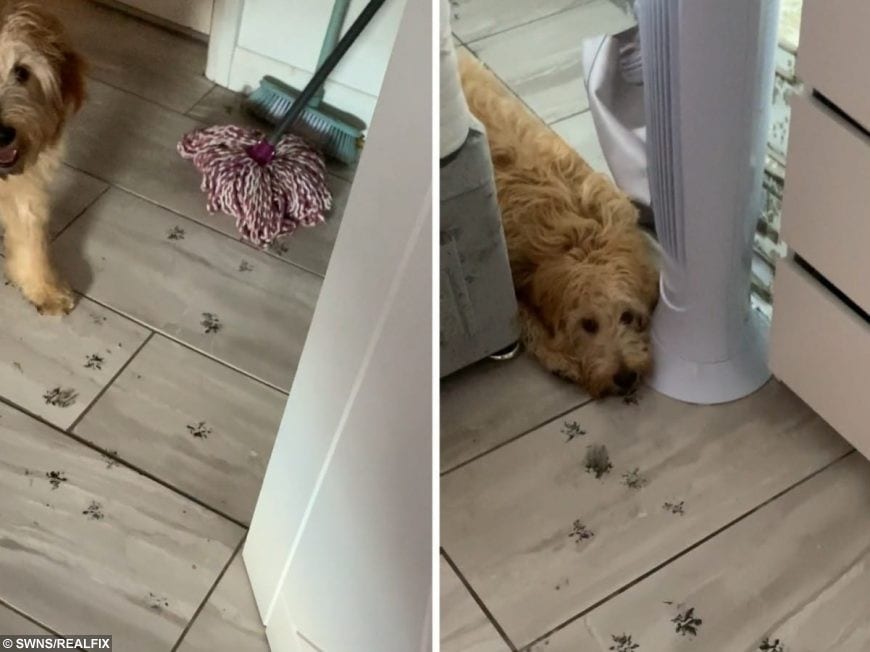 A naughty pup left an ink-redible mess after it chewed though a biro pen and then left a trail of footprints through his horrified owner’s home.

Brandy, a six-month-old cockapoo, was left with blue ink all over his little paws after chomping on the pen which he had stolen from his owner’s handbag.

The little rascal then stomped all around his home leaving a trail of blue pawprints behind him.

Stunned owner Angela Irving, 44, discovered the mischievous pup’s trail of destruction after turning her back on him for just a few moments.

The HR worker said: “Brandy is very needy, so I’m trying to give him some space at the moment.

“I went for a wee, and straight away he ran into the kitchen, got on the table, put his head in my handbag and took out a biro.

“He chewed it and the ink went everywhere. It was in the bedroom, in the kitchen – it was everywhere. I had no idea that ink go that far!”

In hilarious footage, Angela surveys the scene as excitable Brandy prances around from room-to-room showing off the mess he’s made.

Not only did the dog’s inky paw-prints cover Angela’s kitchen floor, they also stained her sofa – and are proving incredibly hard to clean.

“The kitchen was easy, but the sofa looks like it has been attacked,” she said.

“I didn’t know whether to laugh or get him re-homed! At first I thought it was soil – then it clicked and I thought ‘right, get the bleach.’”

The hardest thing to clean, however, has been Brandy himself.

Angela said: “His paws were dyed blue! We are three or four baths in now, and his fur is still stained. He has to go to the dog groomer to have his hair cut and cleaned.”

She has only had him for six months, but Brandy is already gaining a reputation for mischief.

“My 19-year-old daughter who lives down south calls him Ginger Nut, because he’s so mad. She always rings up and asks what he’s done now,” Angela said.

Despite the destruction, she is anything but angry with her devilish dog.
Angela added: “It is what it is. It’s part and parcel of owning a dog. He’s like a toddler, he’s just learning. For him, it was fantastic fun. 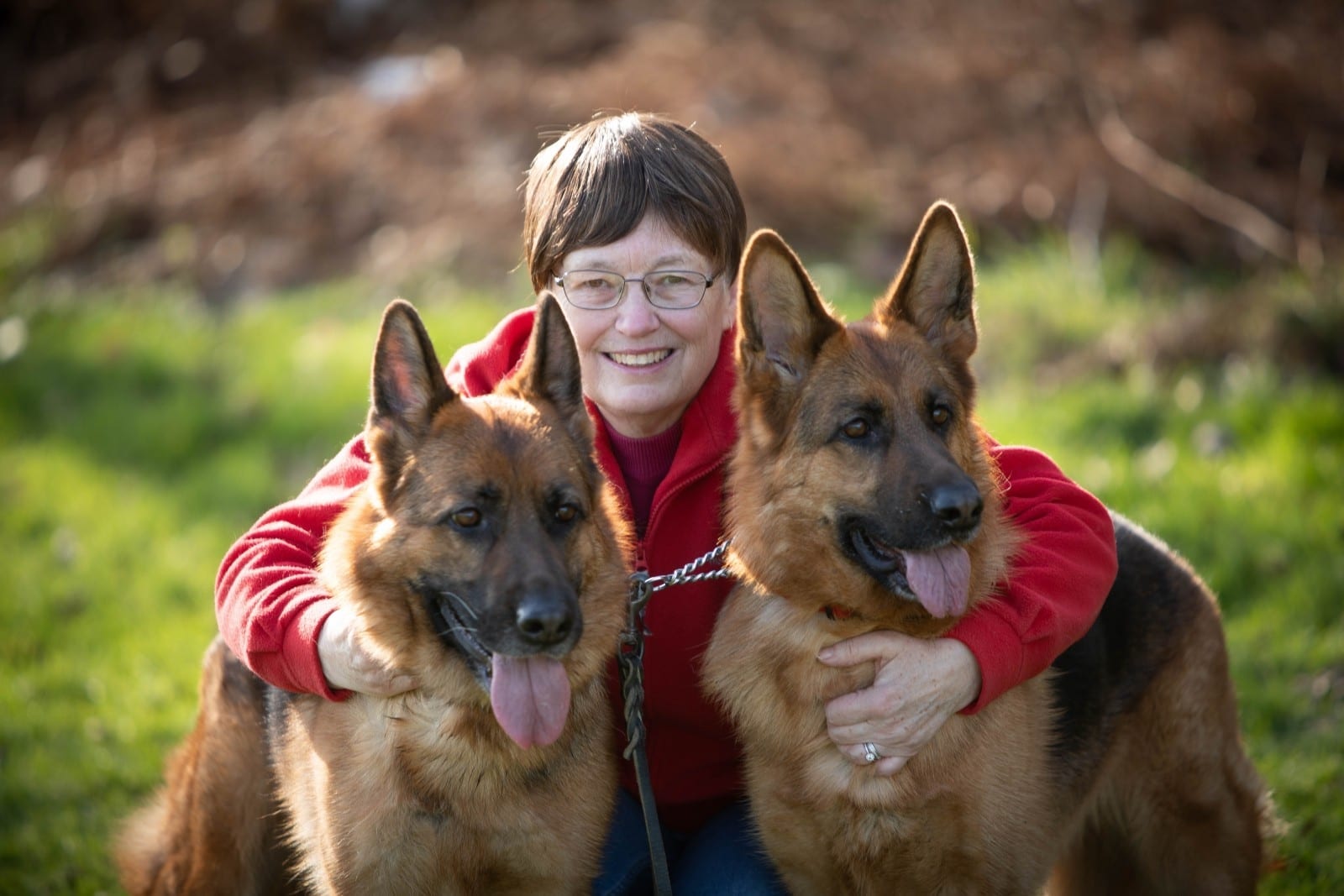 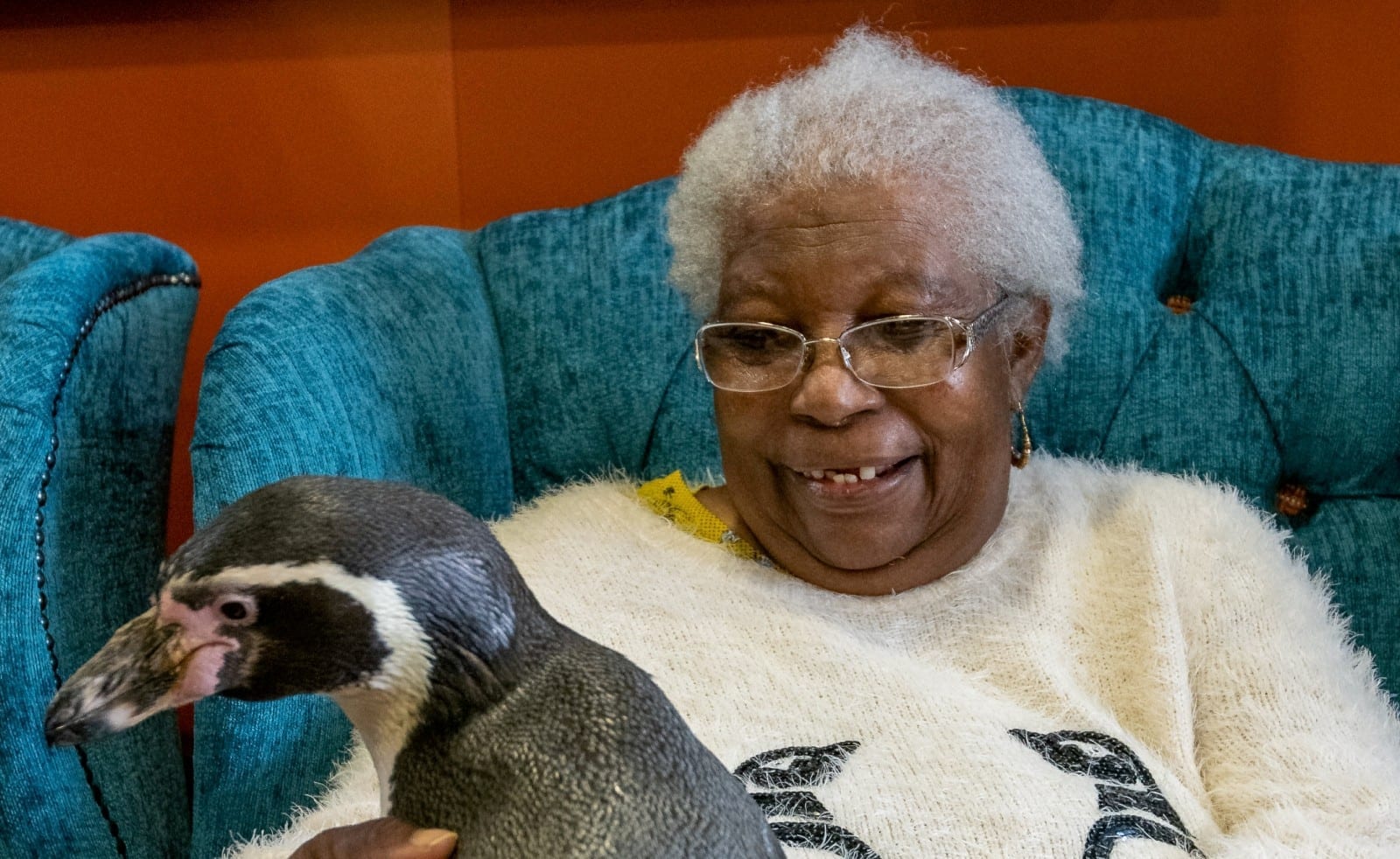