by RealFix
in Animals, Must Read, Relationships
0

A brave bride rode a HORSE to her own reception – still wearing her wedding gown.

Kate Lewis, 49, wore the lace dress with billowing sleeves and a four-foot train, when she rode a white cob, Lucy, to the party.

Groom Dean Lambert, 49, also travelled by horseback, riding another cob, Mickey, to the pub where they held the celebrations. 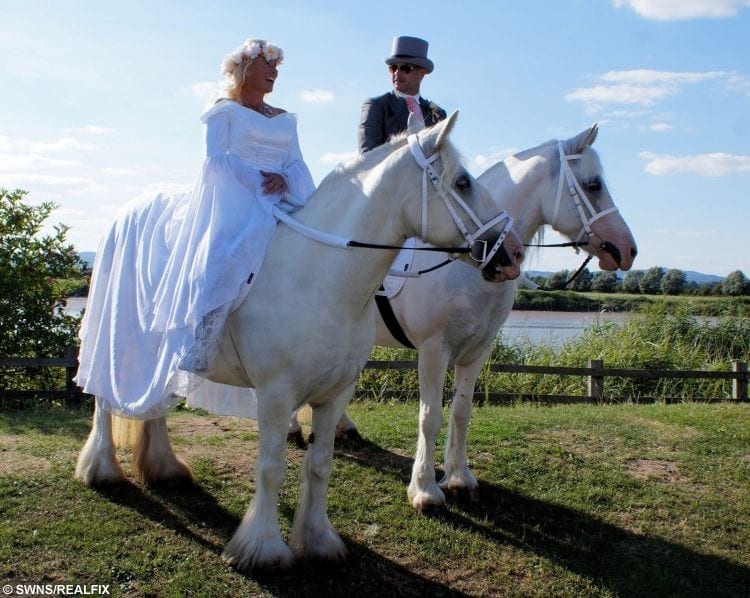 The couple, who have been together for six years, do not have any children – and Dean said the horses are their life instead.

Before the wedding at the Church of St James the Great, Saul, Kate drove to the ceremony in a horse-drawn carriage, pulled by cobs Bobby and Lucy.

Decorated with ostrich feathers, the white horses turned heads on the mile-and-a-half journey in Saul, Gloucestershire.

Onlookers snapped photos and cheered as Kate drove by, accompanied by her mum Gloria Lewis, and her mum’s partner Graham Foy.

Kate said: “I’ve been with Dean for six years, we met at school.

“I’ve had horses nearly all my life – I bought my first one aged 17, and was taught to drive a carriage.

“I mostly rode horses and competed at a low level. Then I started driving again.”

After attending around 30 weddings a year, providing old-fashioned transport to brides and grooms, it was an obvious decision for Katie that she would drive the carriage to her own ceremony. 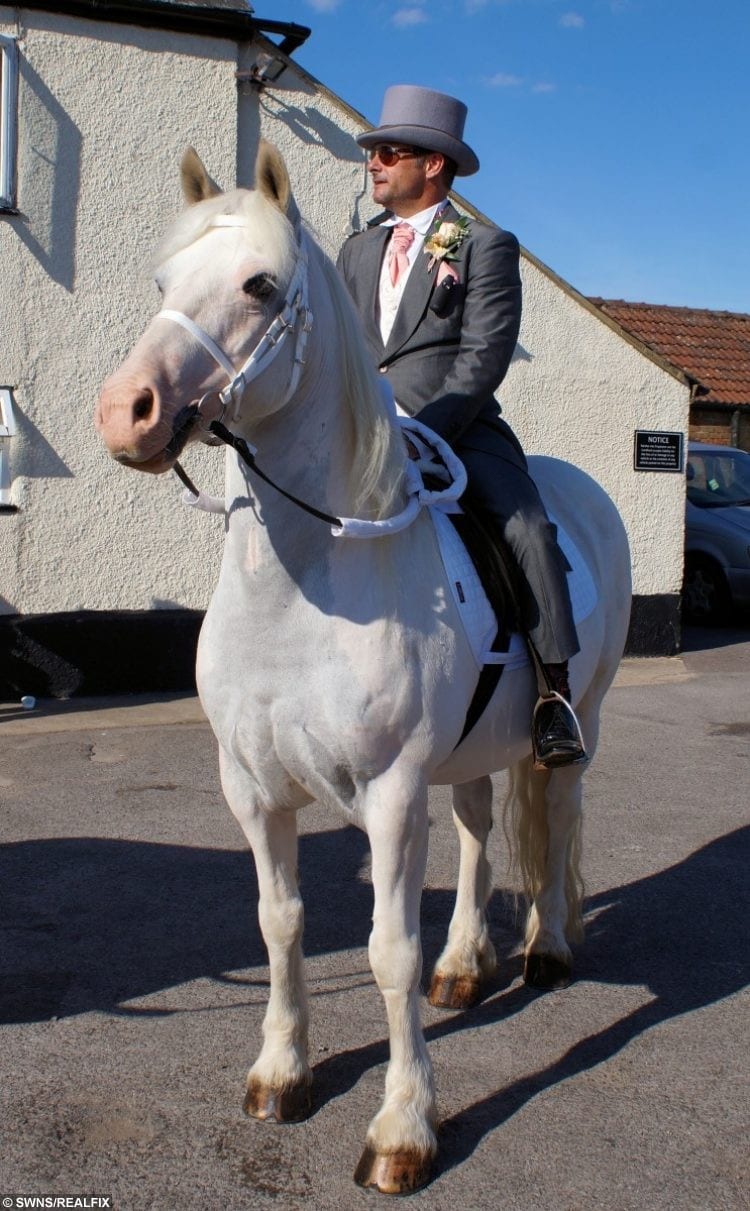 She said: “I really, really wanted to, as I’ve done so many weddings.

“I wanted to drive myself. I love my horses to bits.

“I just love driving them, and I wanted to may my own wedding special.”

Dean arrived by car, but was in charge of the horse and carriage on the return journey.

A friend stayed outside to look after the horses outside the church, ensuring they had enough water during the heatwave.

Katie wore white plimsolls decorated with bows, so she could drive the horses safely.

The self-described tomboy said she is most comfortable in trainers or wellies, and didn’t fancy wearing heels to walk down the aisle.

But her glamorous dress fitted perfectly over Lucy’s haunches as she rode her from the stables to the pub, after unhooking the carriage.

Katie said: “That was more luck than judgement.

“It was quite easy to work with.”

She was not concerned about the long train getting caught in the stirrups, and added: “My mum was more worried about the dress than I was.”

The couple left the church to the sounds of Doris Day singing songs from ‘Calamity Jane’.

The bride added: “Everyone was clapping when we left the church.

“It was the sort of day where your face aches from smiling.

“When we rode to the pub the horses only stayed for ten minutes, then some local girls took them back to the stable. 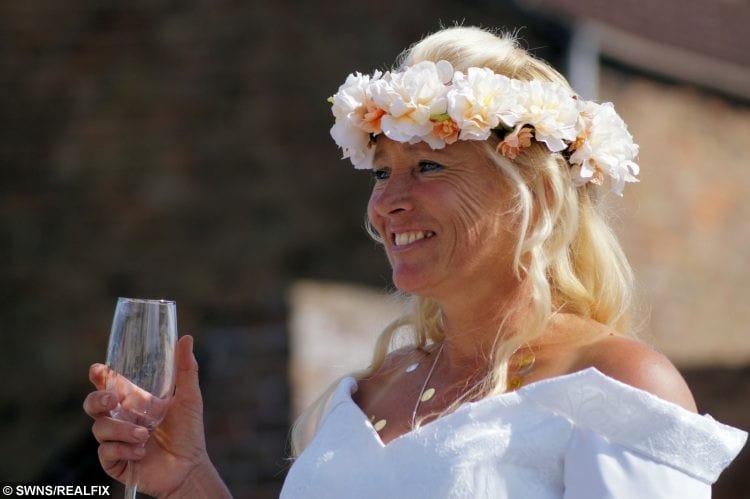 The couple also have a pig, three goats, some mini horses and donkeys, as well as Mickey and Lucy, aged 12, and Bobby and Hope, aged seven.

Katie decorated them with white ostrich feathers, and said the simple all-white colour scheme made it feel like a country wedding.

“It was simple, I think that’s what made it much less stressful,” she said.

“Dean and I are quite down to earth people.

“It was my first time getting married.

“We just had a really lovely day.

“People said they had a great time, which for us was just brilliant.”

Hilarious Moment Snorkeler Is Joined At Harbourside – By A SEAL