Britain’s fattest dog who grew to the size of a ‘pot-bellied pig’ after living on hamburgers has finally found a home – after shedding nearly half her body weight.

Hattie the Fattie was taken into care weighing almost 40kg, but despite her large frame she soon won over carers at the animal sanctuary.

They put the overweight pooch on a special diet and her weight plummeted to 23kg.

Offers to re-home the plump pooch came flocking in but her rescuer has now decided to adopt her and become her permanent owner. 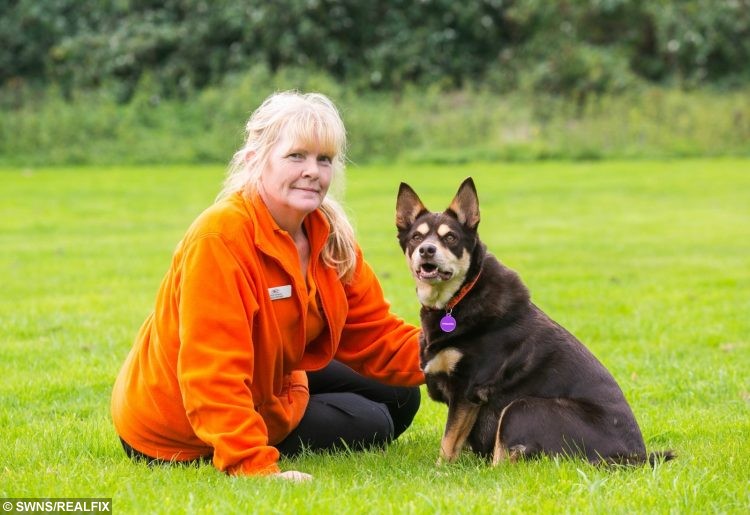 Gables Farm in Plymouth, Devon, was inundated with offers to re-home Hattie but shelter deputy manager Ruth Rickard, 51, said she couldn’t give her up as she had taken a special liking to her.

She said: “I couldn’t imagine her living with anyone else. I did get very attached to her and all her little funny ways.”

Hattie was morbidly obese, diabetic and almost blind when she arrived at the dogs and cats home in April last year.

Speaking at the time, Ruth said: “When I first saw Hattie I couldn’t believe it as she looked more like a pot-bellied pig than a dog.

“I just knew we had to try and help her. I take her home with me at night so I can administer her insulin injections, which she tolerates very well.

“As the weight has started to come off we have found that she is very spirited and extremely loving, despite the fact we put her on a diet.

“She spends her days in our reception, keeping an eye on the staff and customers, and as we watch her gain confidence and lose weight it makes me proud that we are a genuine non euthanasia charity.” 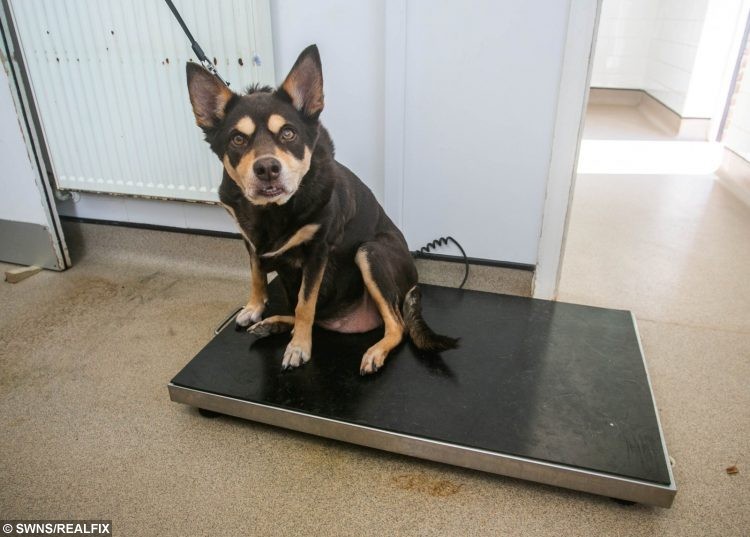 A healthy female collie should weigh between 18 and 25kg, but Hattie is currently 36kg – the same weight as a small dear or two full bags of concrete.

Hattie is on a strictly controlled diet to lose the weight slowly and safely and, to date, she’s managed to shed 4kg.

Ruth added: “We have seen some wrecked animals that we have found homes for after proper care, nutrition and TLC.

“I try to be positive. I’m aiming to get her down to about 23 kilos.

“We are trying to get her to go out four or five times a day.

“She was over 40kg, we’ve got the previous vet history – I don’t think the owner was very well.

“She’s only six years old. For a collie, she should be looking at a 15-year life expectancy.

“She’s quite a character, she so deserves the public to get behind her.

“Since she started losing weight, she’s changed – it was like she had no real enjoyment of life before and was just existing.” 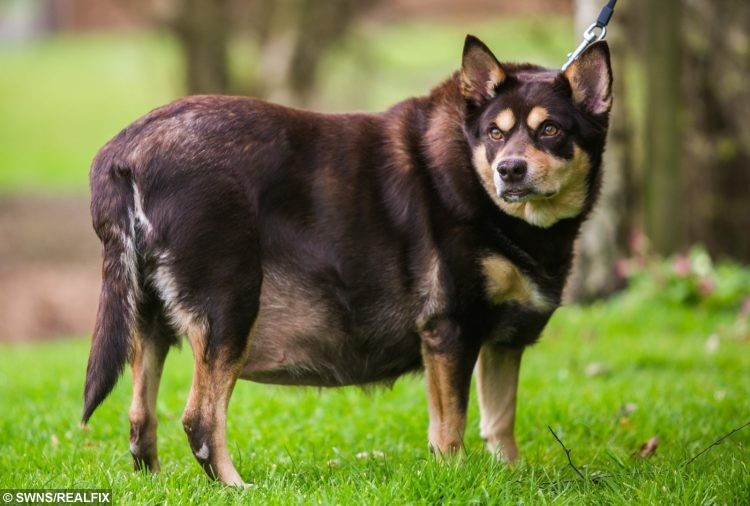 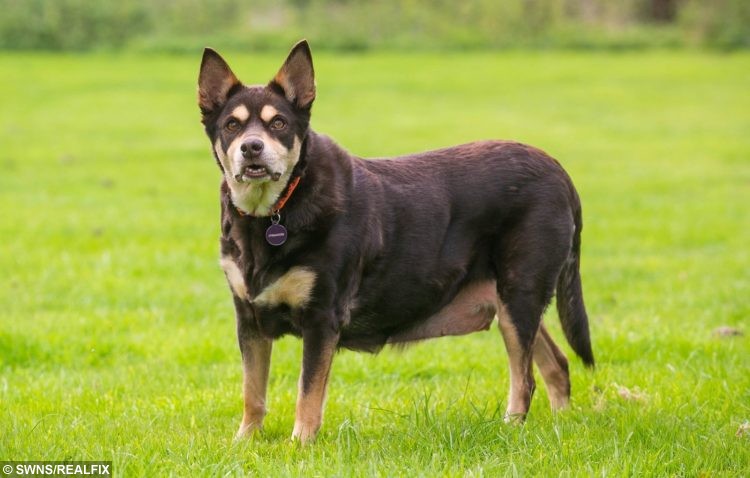 Ruth said she recalled mistaking the plump pup for a “pot-bellied pig” when she walked through the door.

The eight-year-old collie-cross, who was rescued by the RSPCA over welfare concerns, was put on a strict regime of diet and exercise to help her lose weight safely.

The charity also set up a fundraiser to help cover her vet bills, including twice-daily insulin shots and cataracts surgery to restore her vision.