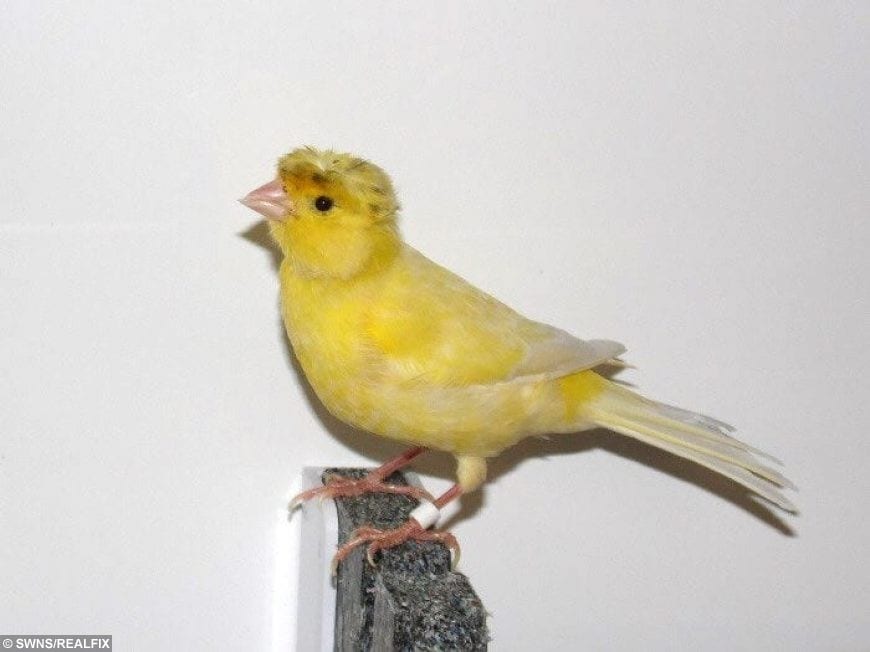 A rescue centre has named its latest canary BORIS – due to its uncanny likeness to the PM.

The flying Boris Johnson doppelganger stunned staff as it even carries off the same bouffant blond hair.

An image of the bird was released by the RSPCA after they were called to reports of a canary flying round a park in Plymouth, Devon.

Staff at the RSPCA’s Little Valley Animal Centre, in Exeter are now hoping to trace his owner so he can be returned home.

Megan Higgins, RSPCA animal collection officer, said: “Boris is such a friendly little bird and we’d love to reunite him with his owners who must be worried sick about him.

“If anyone recognises him or believe he may be theirs then please get in touch with our Little Valley Animal Centre or call our appeal line on 0300 123 8018.”