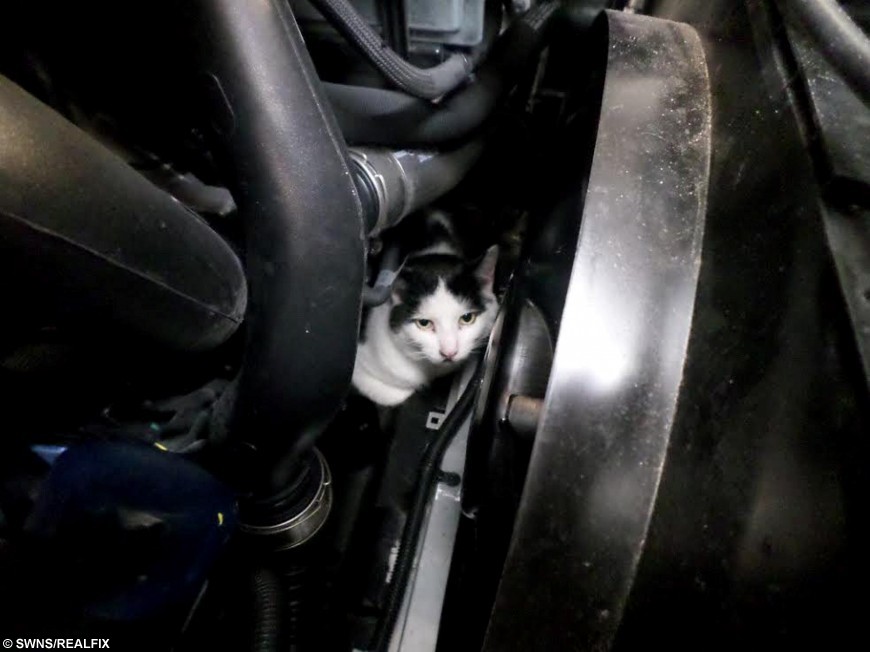 A miracle moggy is recovering after surviving a 150-mile journey stuck in a car engine compartment as he tried to avoid the rain.

Stowaway tabby cat Darcy managed to hide under the hood of a Mercedes Benz and got trapped in the engine bay on August 1.

Incredibly, the owner of the car did a round trip from her home in Cannock, Staffs., to Manchester unaware the puss was inside.

But she discovered an engine warning light flashing on his dashboard after the journey along the busy M6 and M56.

And mechanics were stunned to find fur wrapped around the alternator and two eyes staring up at them after they opened the bonnet.

Staff at Fix Auto, in Lichfield, Staffs., rang the RSPCA to help rescue the four-year-old cat. 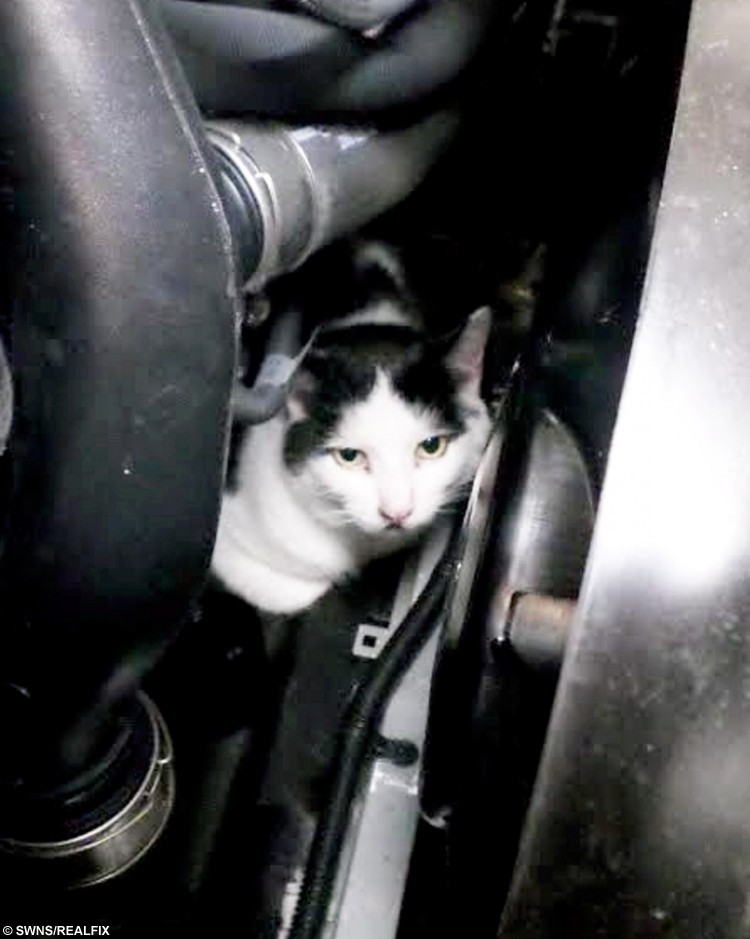 Technician Lee Langley, who discovered Darcy, said: “The poor thing looked absolutely petrified. Who knows how long he had been stuck in there.

“We immediately brought the car in after the owner reported a problem, that was just before close on Saturday afternoon and we didn’t look at it until first thing on the Monday morning which is when we discovered him buried deep within the engine bay.

“He was so close to various moving parts, it’s a miracle he survived.”

Darcy was soon reunited with his relieved owner Christine Evans, 58, of Cannock, Staffs.

She says: “We think he took shelter under a car when it was raining and somehow he got stuck.

“I spoke to the owner of the car, who is a neighbour, and she said she had driven to Manchester and back that day.

“It was while she was driving that she noticed the warning lights coming on.”

“Darcy is absolutely fine other than he’s got a bald patch on his tail. When he got back home he acted as though nothing had happened.

“We are so happy to have him back.”

« Previous post Unlikely friendship of Crackers and Pirate dog is the 'squawk' of the town!
Next article » Recognise anyone in this line up?: Help these cuddly toys find their way home!