A cat that has taken up residence in a Wilkos store has become so popular it now has its own Facebook page.

George the tabby cat is living in the Wilko store in the Kings Chase Shopping Store in Kingswood, Brsitol.

And the cat, who visits the store every day, has become so popular with the customers he has now has a following on social media. 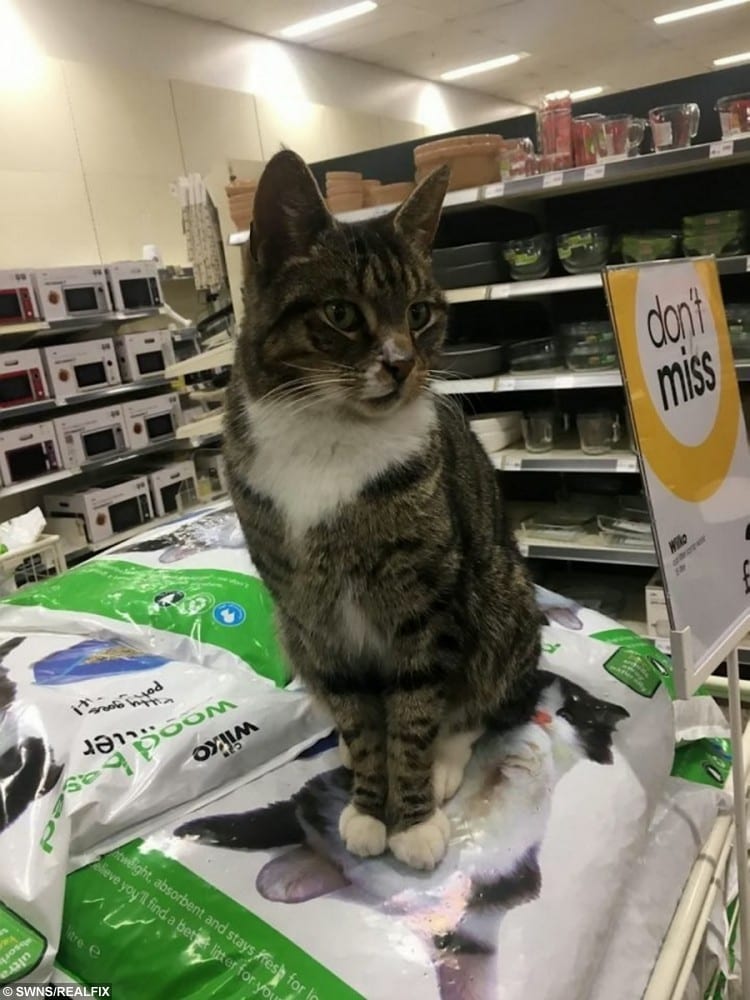 Customers have been sharing pictures of George hidden around the store on a new Facebook page set up in his honour.

Michelle Pibworth, 42, and Sarah Fowler who created the page, say George has been visiting the store every day for the past six months.

Legal secretary Sarah said: “Since just after Christmas he’s become a bit of a celebrity and Wilko just put up with him now.

”People just love him. He’s so cheeky. It’s a pity they can’t train him to serve customers.”

George has been spotted in various spots across the store hidden away in various nooks and crannies.

His new found fans are hoping to track down George’s owner to show them what he gets up to during the day.

George loves all the attention and is more than happy to get the occasional pat. 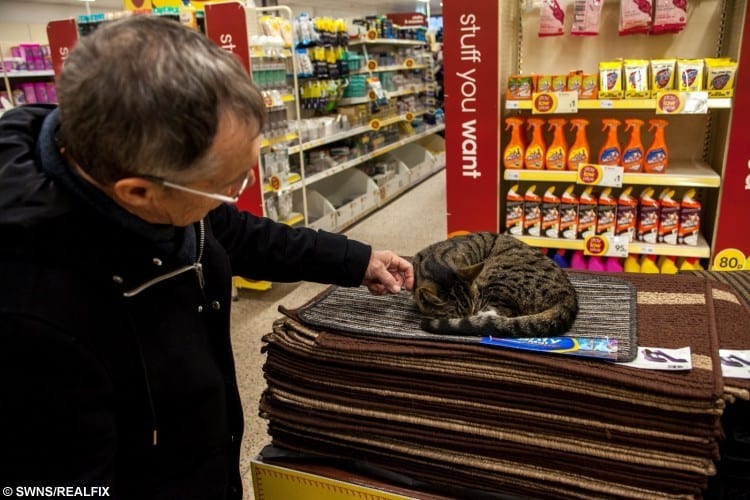 Michelle added: “People love going in and giving him a little stroke. He doesn’t seem to move, he’s just lapping it all up.

“One woman thought he was a statue.

“He’s not doing anything wrong, he’s just being a cat.

Sarah said: “We’ve never found out who the owner is. We know very little about him to be honest.

“That’s one of the reasons we set up the group in the hope that the owner will join, or one of their children or grandchildren.”