A cat which went missing in 2009 has reappeared a decade later – after living in a house less than a MILE away from her owner’s.

Alex Elliott, 39, was left devastated after her beloved cat Lilly vanished ten years ago and assumed the family pet had been run over by a car.

She put up posters in a desperate plea to find the missing mog, but gave up any hope of finding her.

However, Alex – whose youngest child had not even been born when Lilly disappeared – was stunned when she was reunited with the now 15-year-old pusscat at a veterinary surgery this January. 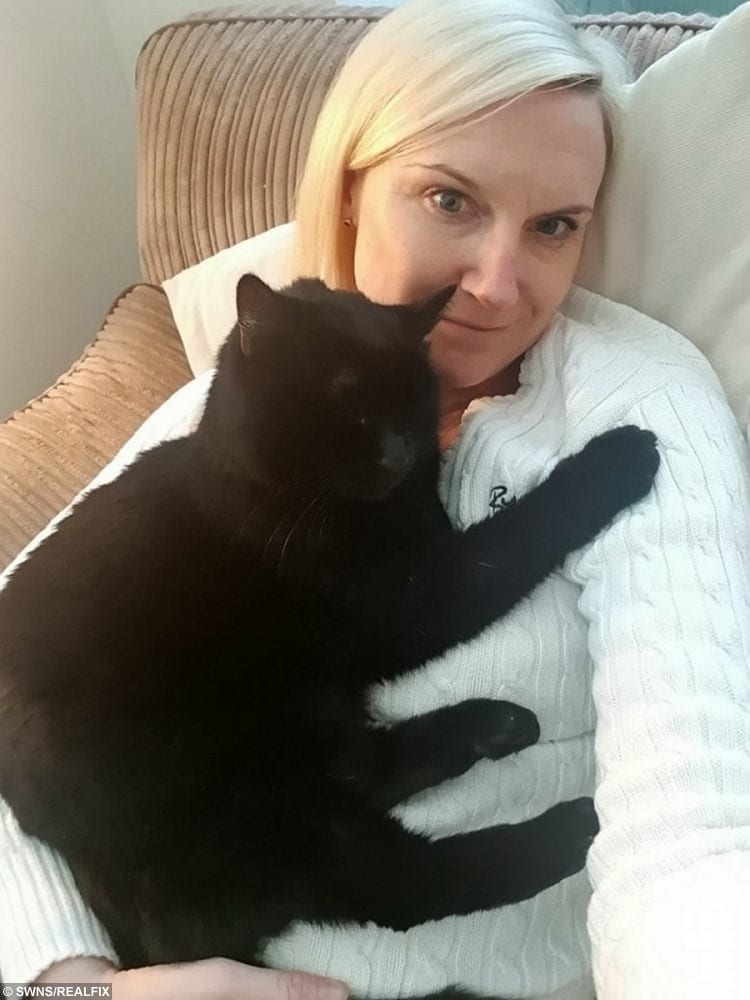 Unbelievably, Alex discovered Lilly had been adopted by a man who believed she was a stray.

Lilly had been living just 400 yards away from her home – a route which Alex took on the school run with her daughters Emily, 10, and Kate, 7, every day.

Alex was only reunited with the pet after she was scanned by vets when the neighbour decided he no longer wanted her.

Shocked Alex, a nurse from Driffield, East Yorks., said: “At first she went missing for a couple of weeks back in 2009 and then came home.

“She had always been a cat who liked to explore and I assumed she’d been locked in a shed or something.

“When she went missing again soon after, I didn’t panic straight away. A few days passed and I put posters out and asked around the village.

“Eventually I thought she’d probably been knocked down by a car.”

Alex said she was devastated when she realised she wasn’t coming back and she began to ‘grieve’ for Lilly.

Two weeks ago, Alex received the incredible call to say Lilly was at a local vets and had traced her back to her original family because she had been micro-chipped. 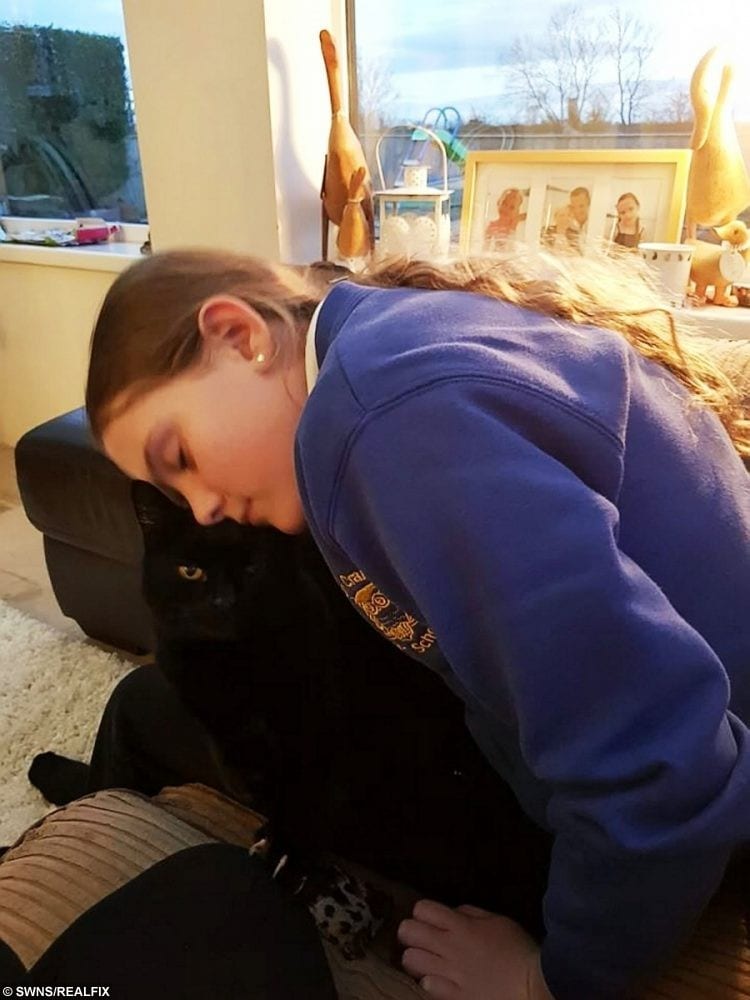 She added: “The man who’d been keeping her had decided he didn’t want a cat any more so the RSPCA collected her and took her to the vets.

“She’d been kept inside as a house cat for ten years and he had a dog too.

“I was crying my eyes out when I saw her again, I just gave her a big cuddle.

“She was in good condition although her coat was coarse as if she’d not been stroked much, and I could tell she’d not had much attention.

“It’s been awful for me. I should have had her with me for the past ten years.

“I really want to highlight the importance of micro-chipping, as I would never have got her back otherwise.

“If you think a cat is a stray, don’t start feeding it. Report it to the RSPCA who will take it to be scanned for a chip.” 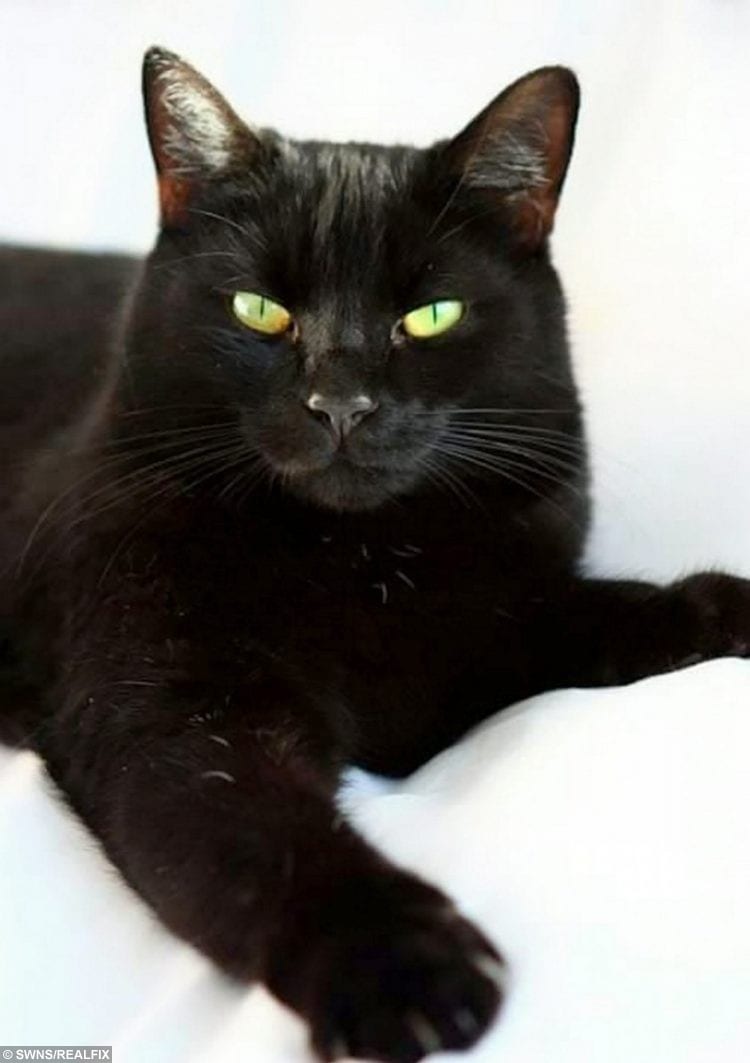 Alex said Lilly had been loving with the whole family since her belated return.

She added: “Since she’s come home she’s been really loving, she loves cuddles and always did.

“She’s gone straight back to being that cat again and has not left my side.”

Alex has four other cats – Harry, Eddy, Imogen and Leo – and Lilly has settled in well to the family.

Alex said: “I introduced them to her slowly and they all seem to get on well.

“My seven-year-old daughter had only ever seen photos of her and my ten-year-old was a baby when she went missing.

“They adore her, they have such a loving bond.”