A dog gave his owner a ruff time when he got trapped in a hole for 19 HOURS.

Ten-year-old Patterdale terrier Ziggy was on a walk with owner Lauren Flintoff, 23, when the mischievous mutt disappeared down a drainpipe.

Owner Lauren tried in vain to lure Ziggy back to the surface, but when he failed to resurface she was forced to contact the RSPCA and fire and rescue service. 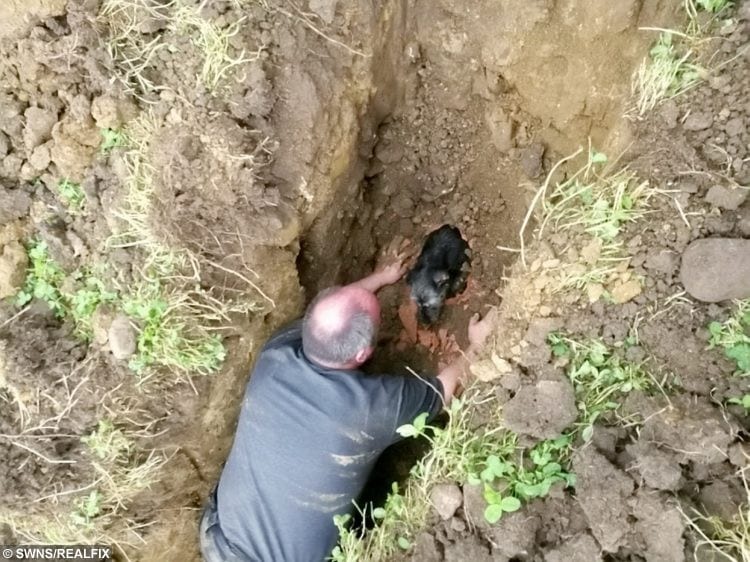 She said: “This is the third time he’s been down a hole chasing something or following a scent.

“I was worried he might have been stuck and that’s why he didn’t appear. My husband Tim spent the whole night trying to entice him out and, when he didn’t emerge, I called in help.”

The group managed to trace the underground pipes and used a digger to get to the stricken pooch which had become trapped in some clay.

Miraculously, the clay-clad canine manged to clamber out unscathed.

Mr Vann said: “Thankfully Ziggy wasn’t injured, but he had got himself a little trapped in some clay. However, he eventually emerged and was, luckily, completely unscathed.

“He’s now back home with his owners where he belongs – and no doubt he’ll be getting up to no good again very soon!” 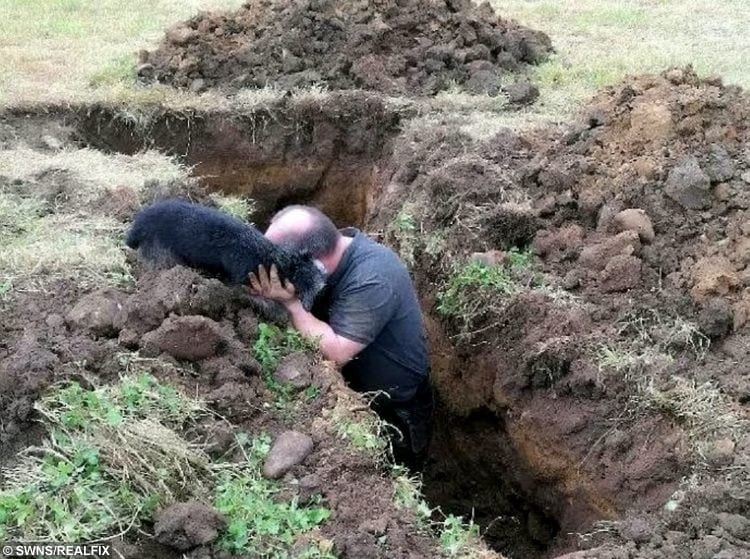 Mr Vann added: “Dogs – particularly terriers like Ziggy – have a very strong natural chase instinct and can often disappear down holes following their noses or a rabbit.

“That’s why it’s so important to have a good recall so you can be certain your dog will return to you before roaming too far.

“However, if they do get themselves trapped somewhere we’d always urge owners to get in touch with us by calling our 24-hour emergency line on 0300 1234 999.”