A couple were “horrified” after eating most of a bag of rocket – only to find a live FROG amongst the leaves.

Joe Archer Joy, 30, and his wife Sarah Walker, 33, bought the salad from their local Aldi store on Tuesday (Sept 18), and began munching their way through the leafy greens.

But it was only after they had eaten about two-thirds of the salad – and kept it stored in their fridge for two days – that they found the amphibian at the bottom of the bag.

Amazingly, it is not the first time a shopper has found a live frog in a bag of salad from Aldi’s ‘Nature’s Pick’ range. 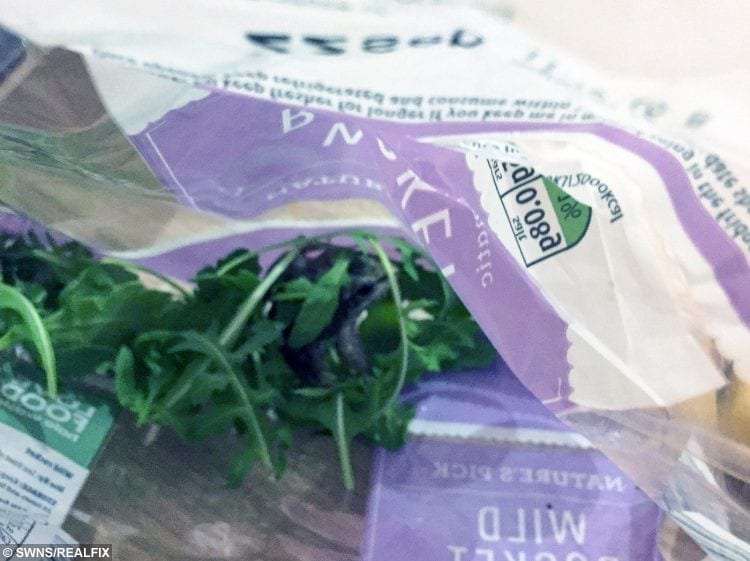 In July Shevaughan Tolputt, 37, of Camborne, Cornwall, filmed a small amphibian in her 39p British Round Lettuce.

Dad-of-three Joe, a sales assistant from Bristol, said: “My wife was absolutely horrified. It was quite a big frog – and she was the only one who had been eating the rocket.

“We weren’t sure at first if the frog was alive or dead, because it was pretty still in the bag.

“But then I picked up the bag and it moved a bit. It was just living in our fridge for two days.”

He continued: “My wife doesn’t seem to have got ill from it, but it’s certainly put her off eating salad. I don’t think she’s going to be having rocket again any time soon.”

The bag of rocket cost the couple about 40p from the North Street branch of Aldi in Bedminster, Bristol. 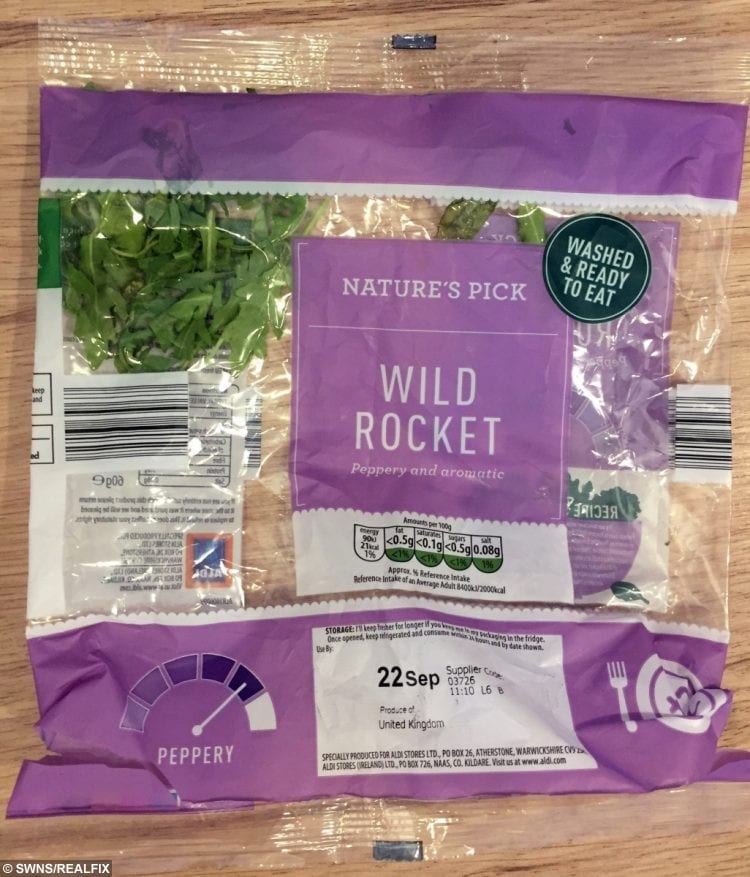 Joe said Aldi has apologised and offered £40 compensation – which he does not believe is sufficient.

“Aldi are a massive international company that make a lot of food and make so much money,” he said. “I think it’s pretty basic that they shouldn’t be selling food with frogs in.

As for the chilly amphibian – Joe said he “released it into the wild”.

“I let it out in our garden, and it just hopped off. It didn’t seem too fussed,” he said.

An Aldi spokesperson said: “We have apologised to Mr Archer Joy and offered him a full refund. This type of incident, while incredibly rare, can naturally occur with fresh produce.”