A delivery driver never has to worry about his van getting pinched because his workmate is a massive dog – who leans out the window like a human.

Roxy, a seven-year-old French Mastiff, spends her days sitting in the passenger seat of the white van, leaning on the window with her elbow.

The ten-stone beast, also known as a Dogue de Bordeaux, delights everyone who sees her, happily chilling out in the front seat of the Mango Logistics Group delivery van. 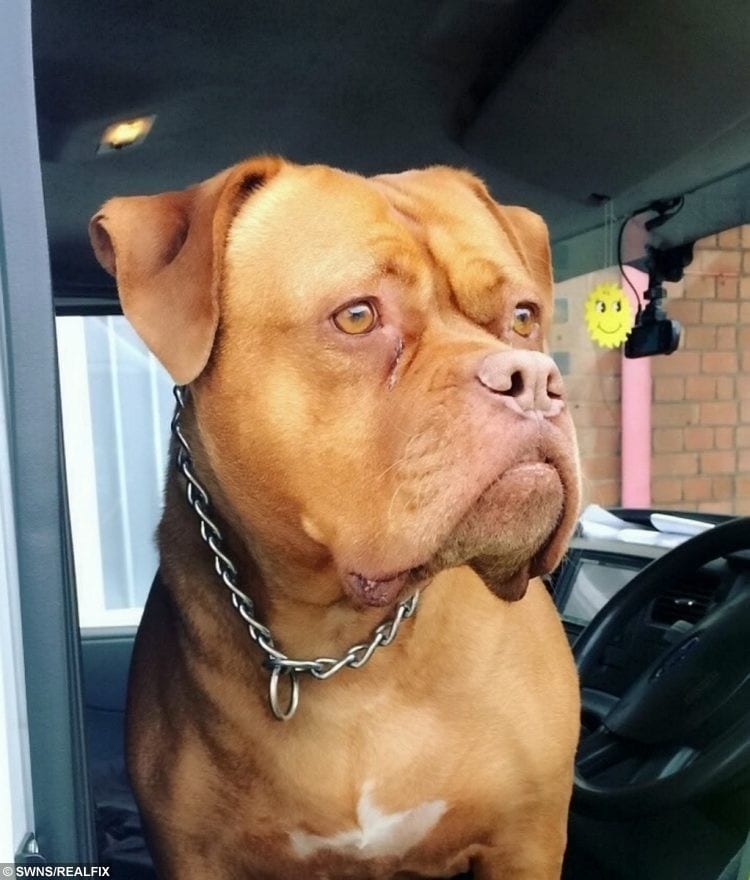 Roxy even has a page on the delivery company’s website – where ‘Britain’s coolest dog’ has been listed as an employee.

Owner Nicky Morris started taking his dog out on deliveries with him because she grew too big to stay at home all day – and now she has her very own Twitter page.

The 51-year-old said: “Roxy, is not just a pet, she is a celebrity courier, who drives around London delivering parcels to people.

“She has been with us for seven years, since she was a puppy.

“She’s a dream to work with and it makes driving with her fun because of the constant attention.

“You can find her around central London – mostly posing for pictures. 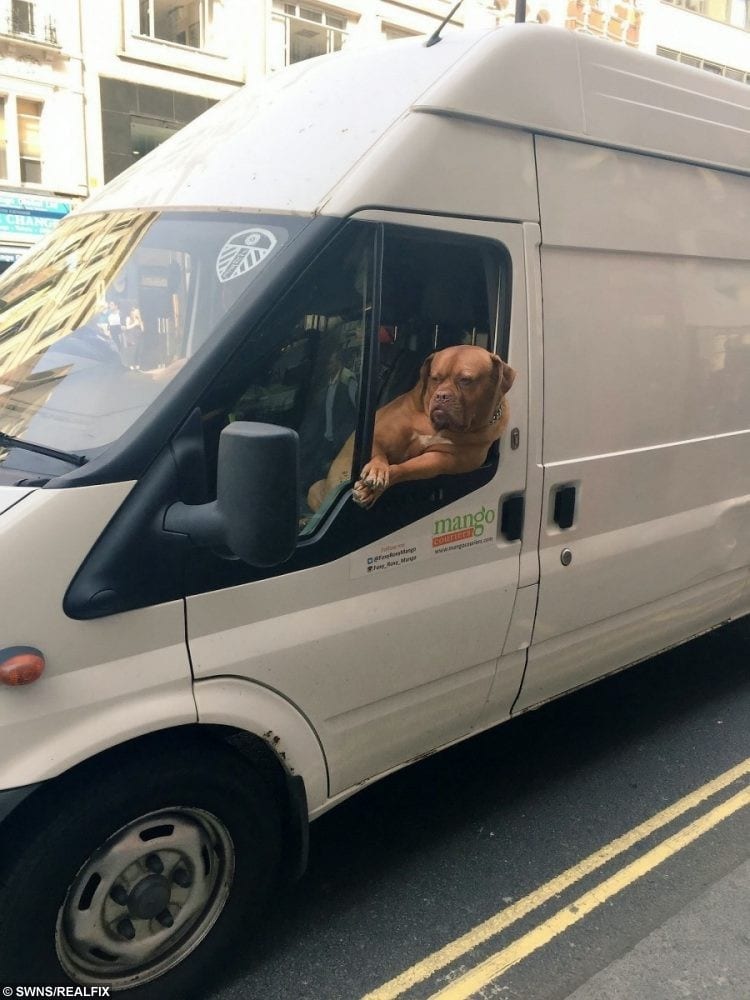 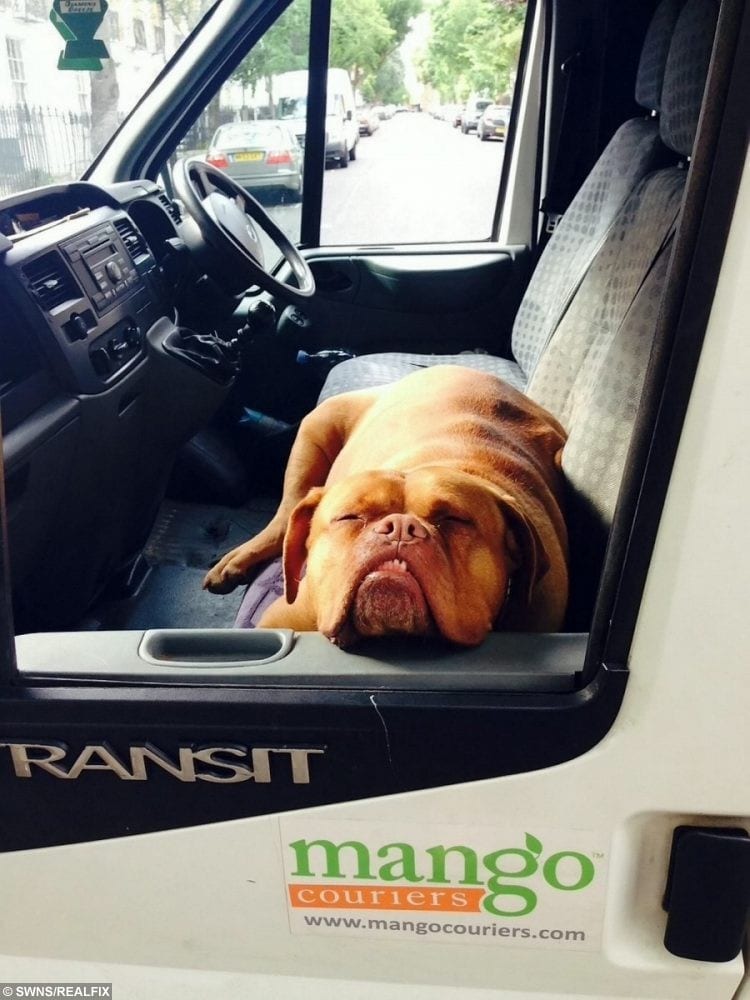 The ‘celebrity status’ of the dog has come from her photogenic sitting style – legs crossed, with a casual arm resting on the window.

From Farringdon to Notting Hill, social media users have snapped Roxy in her trademark pose and praised her composure on the job.

Nicky, who joked about never worrying about his van getting pinched, added: “She’s easy to drive with, she’s relaxed, but a bit grumpy in the recent heat – but who isn’t, and a stroke always calms her down.

“Luckily in London there are plenty of parks so walks are never a problem, but she does like to spend her time in the van – her office.”