Four lions which spent their life crammed into a circus trailer have finally been given a new home at a British zoo.

The animals had been performing for French travelling circus Zavatta when Belgian government officials swooped in and confiscated them in May 2014.

Officials found their trailer home was in a terrible condition with large pieces of metal sticking out, holes in the floor and a cramped space for the four large wild animals.

The lions were temporarily homed in an animal sanctuary in Belgium before Five Sisters Zoo, near Edinburgh in Scotland, attempted to take them on.

The lions were finally introduced to a lavish £150,000 two acre enclosure which had been supported through donations from members of the public.

Nathan Roberts, 26, a spokesman from the zoo thanked the public for showing compassion in helping to raise the money over the past year.

He said: “It’s an absolutely incredible amount of money to raise and we firstly need to thank everyone for showing compassion in raising the money to bring the lions here.”

“A Belgian rescue centre we had worked with previously approached us about a year ago to give the lions a permanent home.

“They’re inseparable which is quite strange behaviour for four large adult male lions but we’re delighted to finally have them here.”

“They arrived on Sunday night and have been sticking quite closely together.

“They have such a strong bond which we think is a result of having to live so closely together for so long.

“There’s plenty of room for them to stretch their legs in the two acre enclosure which is the complete opposite of what they’ve had to live with previously.

“This is a safe place for them.”

“They’re adjusting really well to life here. There’s no sign of any stress and they’ll be relieved that they no longer have to perform.”

All four lions were castrated at a young age which means that the nutrition and energy normally put into male hormones and manes goes into growth and they appear to be large lionesses at first glance.

They also have no claws or nails which is thought to have been cut by the circus owner to prevent them causing serious damage to circus workers when they try to scratch. 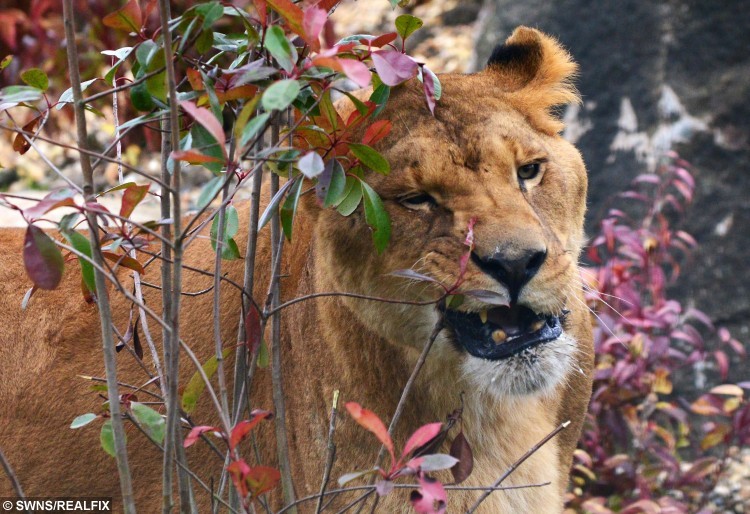 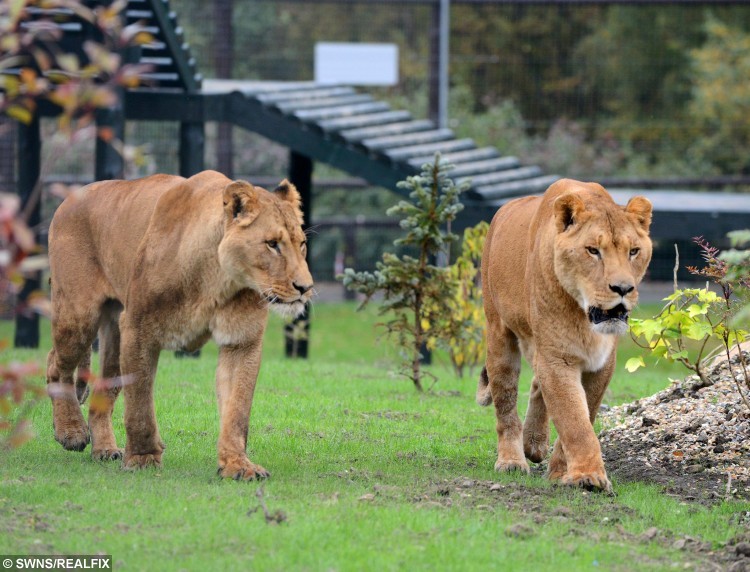 The lions are thought to have been badly treated by the French travelling circus as they react with fear when a person holds a stick in their direction.

Sil Janssen, a spokesman for animal sanctuary Natuurhulpcentrum in Opglabbeek, Belgium, said: “We often see this in circus animals. They were often beaten up, and really know the stick.

“When I show the stick to my dogs, they are happy because they think they can play.

“The lions however cringe, showing that they had a terrible life. This is why I am so happy to give those lions a new life.” 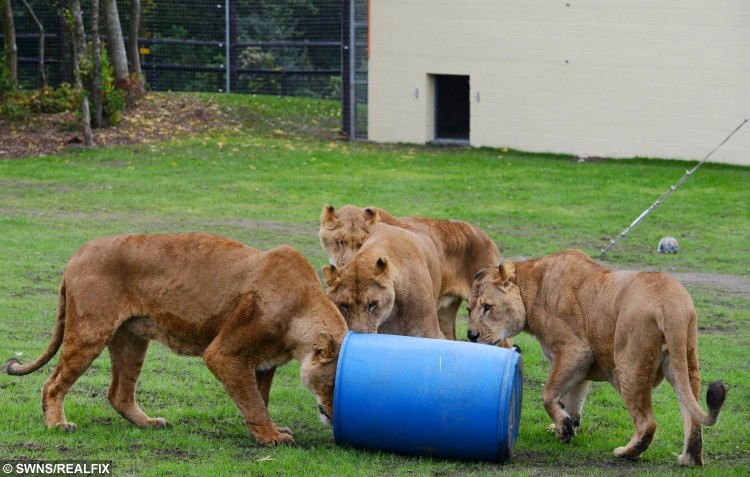 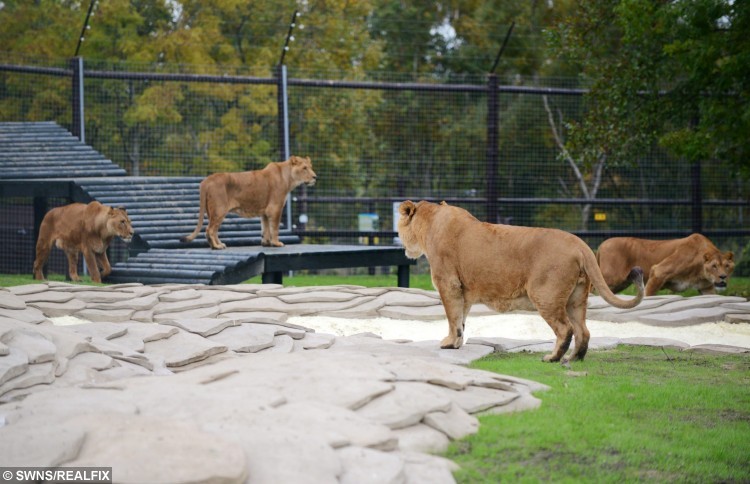