Dog Achieves International Fame Over Her Likeness To A MERKAT

A dog has achieved international fame and her own Facebook page over her likeness – to a MEERKAT.

Clio, a three year-old Jack Russell cross Pug, has built up a worldwide fanbase for her trademark pose which she has done since birth.

Owner and father-of-two Kevin Elliott said he thought nothing of his dog’s strange sitting style until a friend stopped to take a photo.

He then set up a Facebook page dedicated to the dog and was stunned when her every move was followed by hundreds of users from across the world.

Cleo has now even become the pin-up for pooches everywhere, even featuring as the cover photo on a jug breed fan page in America. 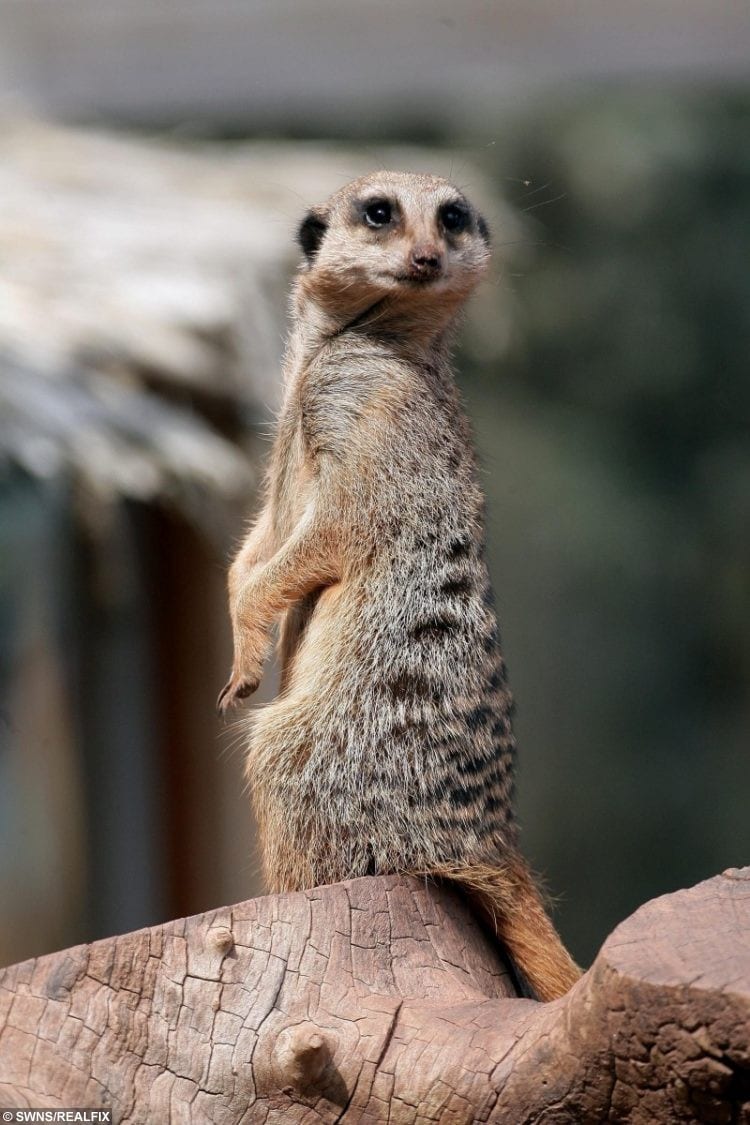 Kevin, 43, of St Austell, Cornwall, said: “We have no idea where the meerkat pose came from, she’s just always done it.

“We elaborated on it for the photos and she does quite a lot of tricks as well.

“She has always been a diva so her new celebrity status hasn’t gone to her head. She is the mistress of the house.

“She has become a celebrity. I posted a picture of the dog on Facebook in Charlestown and wrote ‘ignore the dog’. Someone commented like ‘how can we ignore that dog’.

“Everyone says she is awesome. Scrolling through the comments they are constantly positive.

“When I looked through the followers on the Facebook page I noticed that there are people who like it from nearly 20 countries.” 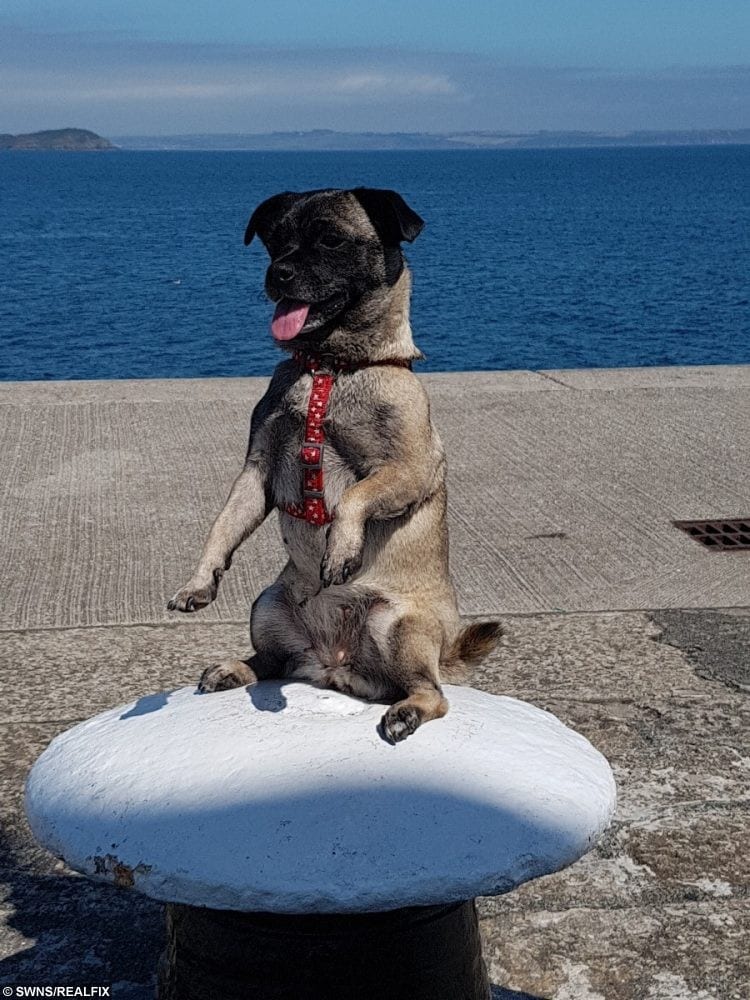 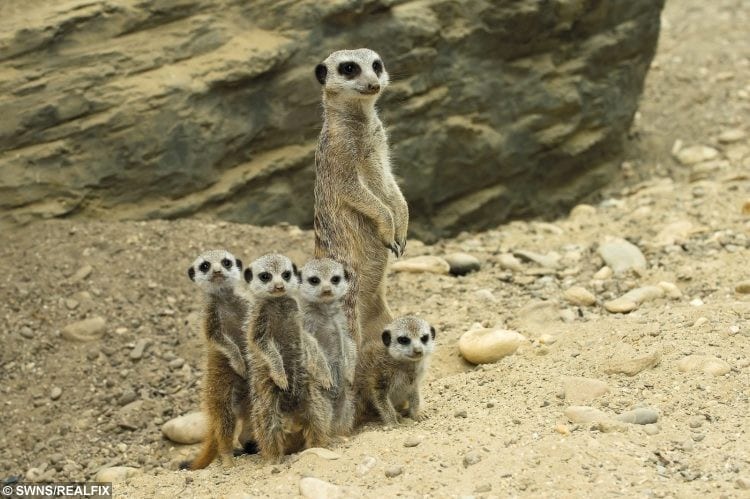 Fans of Clio are regularly updated with her ongoing shenanigans, as Kevin regularly snaps her posing around Cornwall, always in her trademark harness.

He added: “Every day we try to go out to a different location to take some pictures – especially last week when we were on holiday.

“She is a Cornish dog but she doesn’t eat pasties because they are too fattening.

“She does get a scrambled egg breakfast two to three times a week. She also likes fresh chicken fillets.”