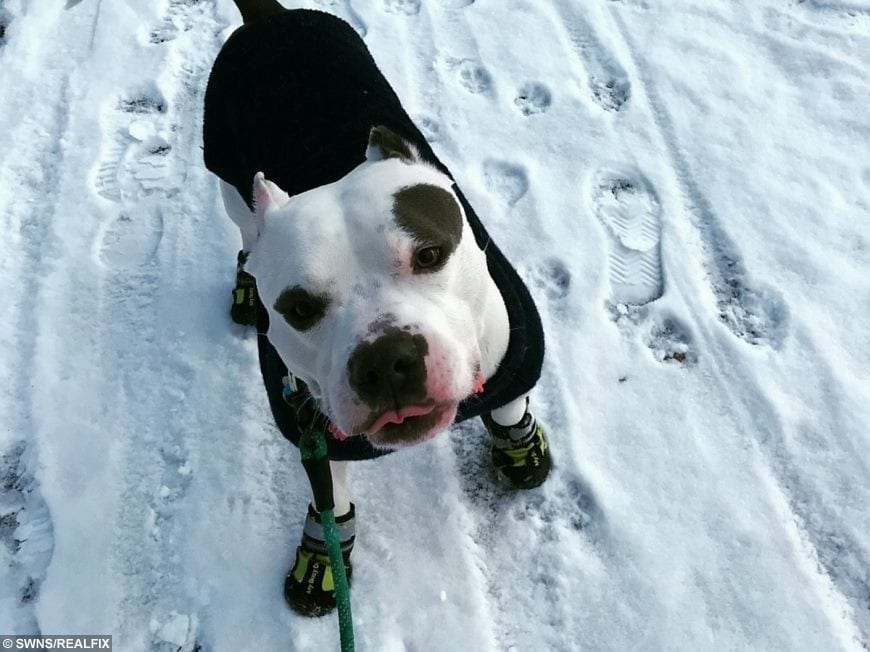 A lucky dog which miraculously survived being shot in the HEAD is thriving in a new home.

Terrified Brutus, four, was left for dead on a ranch after being sprayed with three bullets in the skull and chest with a semi-automatic pistol.

The bloodied pooch was picked up by animal control in Atlanta, Georgia, and rushed to a veterinary hospital where he had emergency surgery to remove the bullets.

Brutus – an American Bully, which is a relation of the pit bull – was also extremely malnourished and suffering from potentially deadly heartworm.

But following life-saving treatment funded by Second Chance Animal Rescue in New York, the abused pup battled back after the August 2016 shooting. 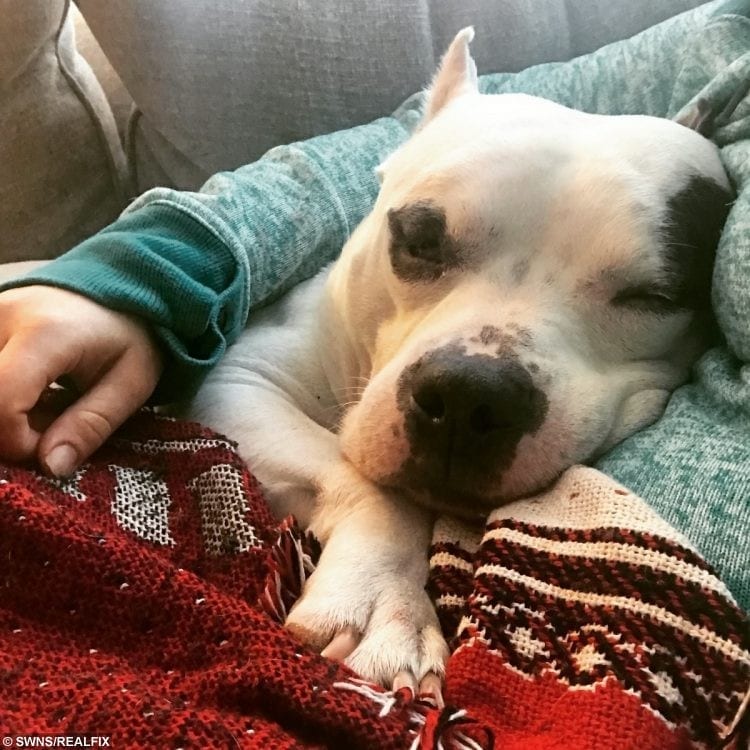 Last February, Ellie Gisler Murphy and her husband Patrick, both 30, adopted little Brutus after being moved by “heartbreaking” photos posted online by the rescue.

Ellie, of Mahopac, New York, said Brutus bonded with them instantly and though his head remains at a permanent tilt due to scar tissue caused by the surgeries, he is thriving.

He now enjoys chasing squirrels, playing with toys and “has many years of warm snuggles ahead of him”, according to Ellie. 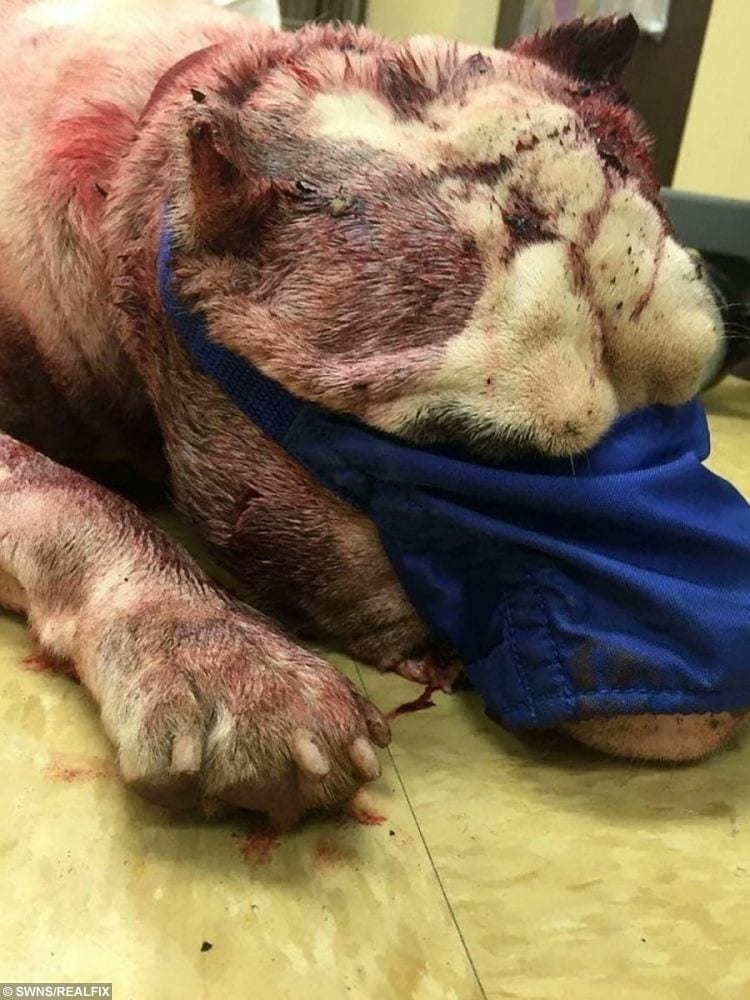 Brutus was shot three times in the head in August 2016. 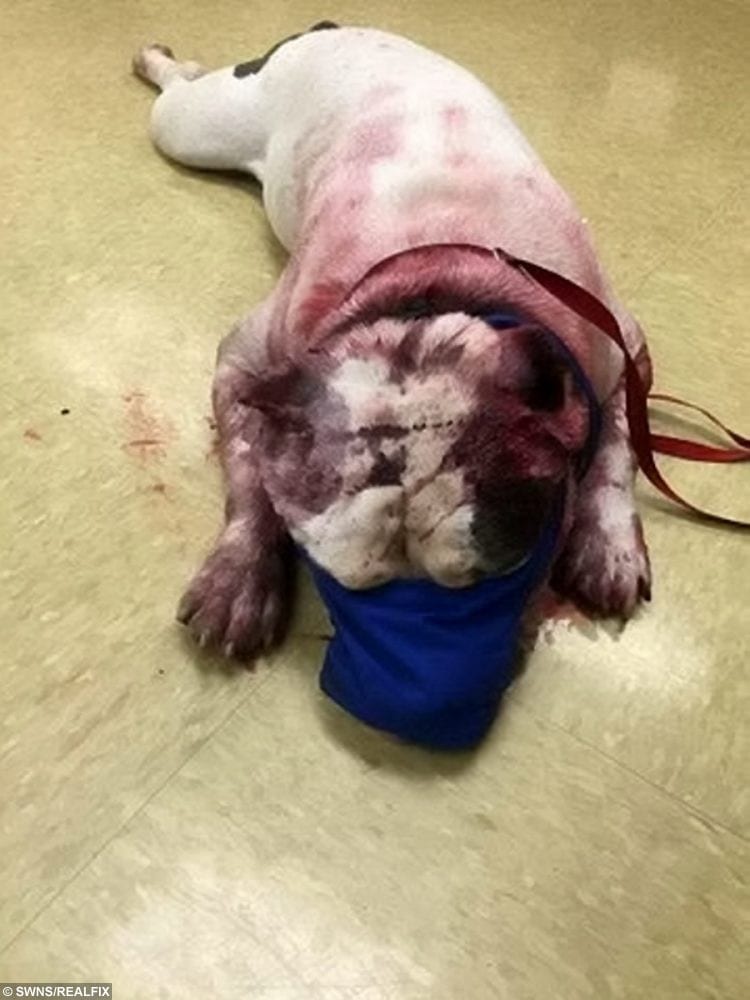 Brutus pictured after his attack in August 2016 when he was shot three times with a semi automatic pistol.

The festival arts administrator said: “My heart broke for him when I saw his first pictures, a chubby white dog covered in blood.

“The first moment that I knew we made the right choice with this adoption was on our first walk together when I sat down on the cold, hard ground and Brutus crawled into my lap and nuzzled my neck.

“He bonded to us instantly.

“After being shot in the head, Brutus has every reason to be untrusting and angry.

“Instead, when he’s not trying to squeeze his 65lbs of muscle into our laps, he is at our heels following us around the house and gazing at us while he chews happily on his toys. 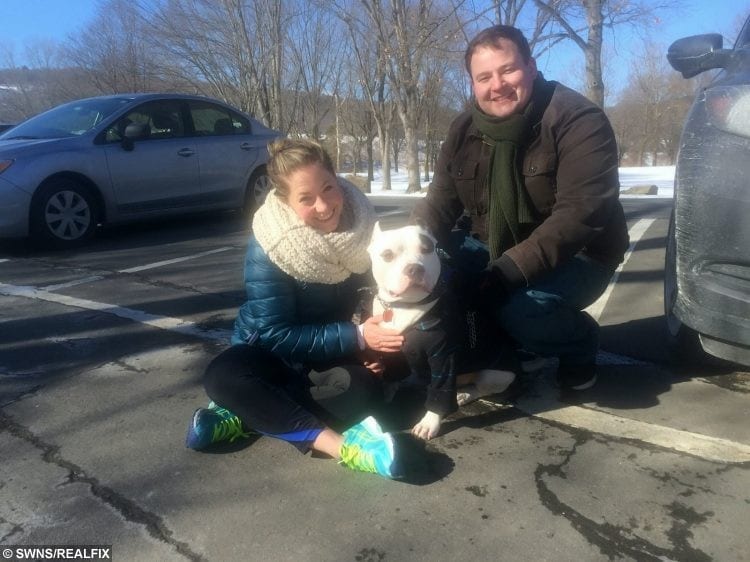 Brutus with his mum and day Ellie and Patrick. 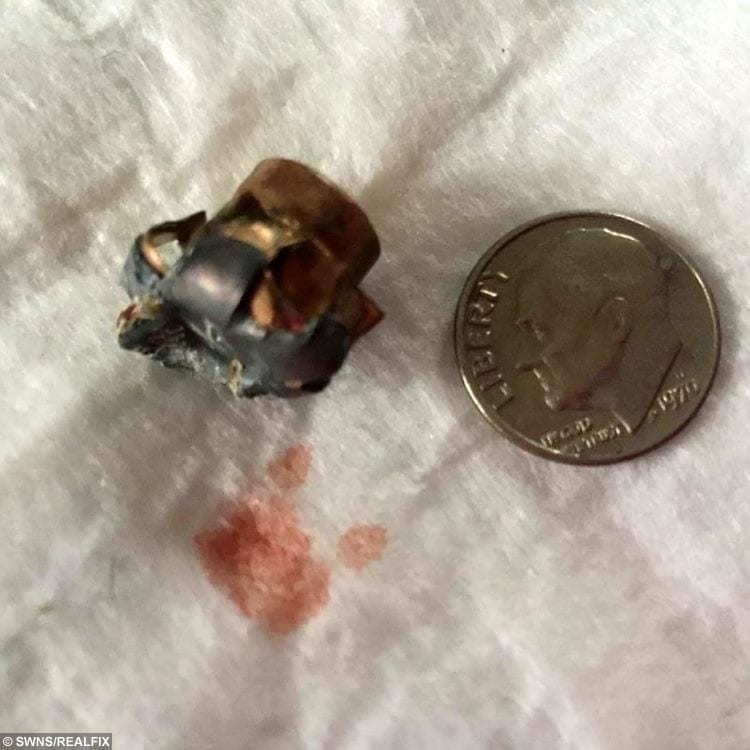 One of the bullets that was lodged inside Brutus’ chest.

Brave Brutus even has his own Instagram account, where festival arts administrator Ellie and Patrick, a music teacher, keep their family and friends up to date with his progress.

She added that they are grateful for the hard work of Second Chance Animal Rescue, because without them, Brutus wouldn’t be alive. 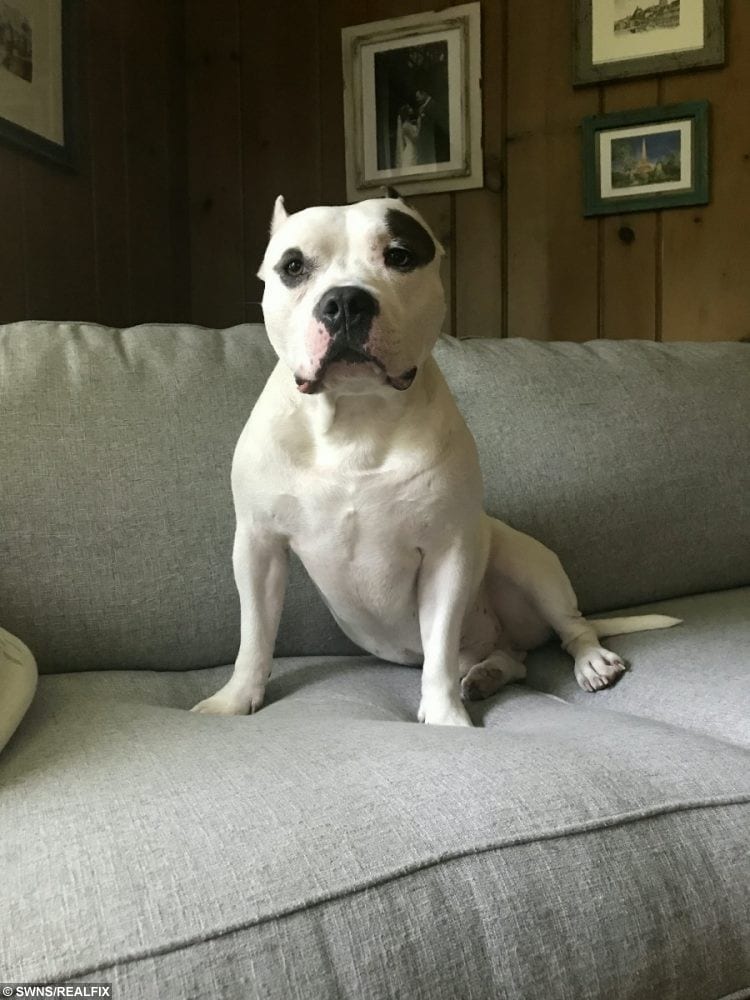 She said: “Brutus is the best dog we could have ever asked for and it feels wonderful to be able to give a home to a dog like him, who has just been horribly abused.

“All the love goes to Second Chance for saving him from certain death and to foster mom, Amie Reisinger for nursing him back to health.

“Now, a year and a half after his shooting, he has many years of warm snuggles ahead of him.”