Dumped dog is now doing something incredible for charity

A dog dumped at a railway station before finding a ‘soulmate’ owner who rescued him will be running nearly every day in August to raise cash for charity.

Kai, who was dumped at a station with a suitcase of belongings, just like Paddington Bear, will be running with owner Ian Russell to help the Scottish SPCA, which brought them together.

The shar-pei cross was abandoned at Ayr railway station in Ayrshire, in 2015 – but he struck gold when animal lover Ian Russell was introduced to him at a rescue centre and they have been inseparable ever since.

He was nicknamed ‘Paddington Ayr’, and has been dubbed ‘Scotland’s most famous rescue dog’.

Ian, from East Renfrewshire, often takes Kai out for a run with him and will be running 30km in 30 days in August.

Ian said: “Rehoming Kai was the best thing I’ve ever done. I feel grateful that he is in my life.

“I take him everywhere with me and he loves being outdoors, which is lucky as I do too.

“I believe it was fate that Kai and I were brought together.

“I decided to take part in Pound for Paws for the Scottish SPCA as they are a wonderful charity that finds forever homes for animals in need like Kai.

“I’m honoured to be doing the challenge with the support of Olympian Laura Muir. I’m excited to get started and I’d encourage everyone to take part.”

The challenge will see Ian and Kai running 30km in 30 days over the month of August.

Ian has previously run the London marathon for the Society and regularly runs with his pet. 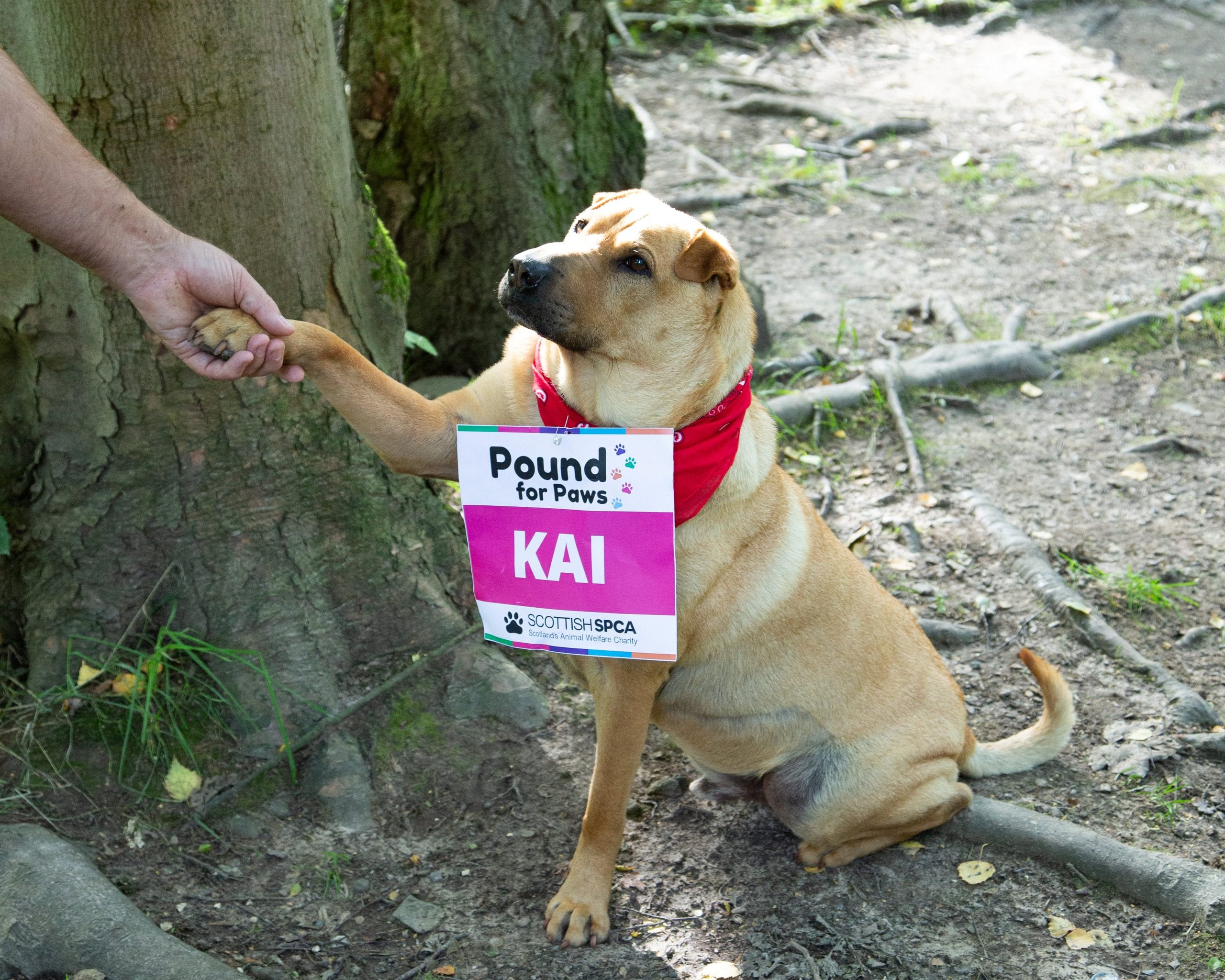 Kai the shar-pei cross.Scottish SPCA’s Katrina Cavanagh who helped care for the pooch said: “Kai is probably one of our most famous rescue animals.

“The image of him alone at the train station with his suitcase resonated with people worldwide.

“We were overwhelmed with people wanting to rehome him.

“But in the end he went to his loving forever home with his soulmate and we could not be happier for them both.

“Ian has been so supportive of us in the past by running the London Marathon and taking part in other events.

“We want as many people to join Kai, Ian and Laura to run 30km in 30 days. The challenge is suitable for everyone, whether you’re an experienced runner or brand new to running. Laura will also provide tips and encouragement along the way.

“We want as many people as possible to take part and raise funds for Scotland’s animals so that we can do Kai proud by helping as many animals as possible.”