Sylvia Dean is reunited with Oscar her Jack Russell after he survived four weeks in the wild when he was found down a rabbit hole. See SWNS story SWDOG; An elderly dog miraculously survived for four weeks in the countryside after running from its owner and getting stuck down a RABBIT HOLE. Sylvia Dean was walking Oscar the Jack Russell when he caught the scent of a rabbit and stormed off. His devastated owner searched far and wide for the 11-year-old family pet but there was no sign of him. Sylvia was facing the prospect of never seeing Oscar again when she received a phonecall from Cirencester Vets4Pets in Gloucestershire to say Oscar had been found. 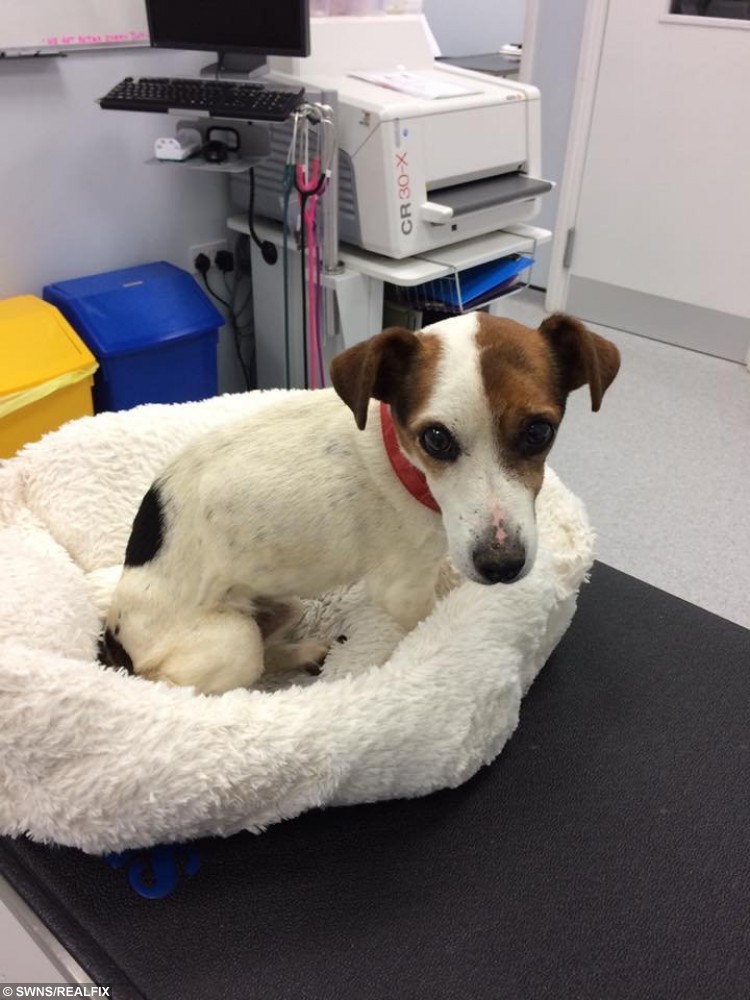 A Jack Russell which got stuck down a rabbit hole for a MONTH finally managed to wriggle free – after losing a third of its body weight.

Mischievous Oscar bolted after picking up the scent of a rabbit during a walk with owner Sylvia Dean and vanished without trace.

After tirelessly searching for the 11-year-old pet she had given up hope of seeing him again until a veterinary clinic phoned her four weeks later.

A bedraggled and emaciated Oscar had been handed into them after being found dodging cars on a busy road.

He tipped the scales at just 4.8kg – around a third less than his normal weight.

Temperatures plummeted to minus 6 degrees during his ordeal but the soil in the hole would have provided enough warmth to keep him alive. 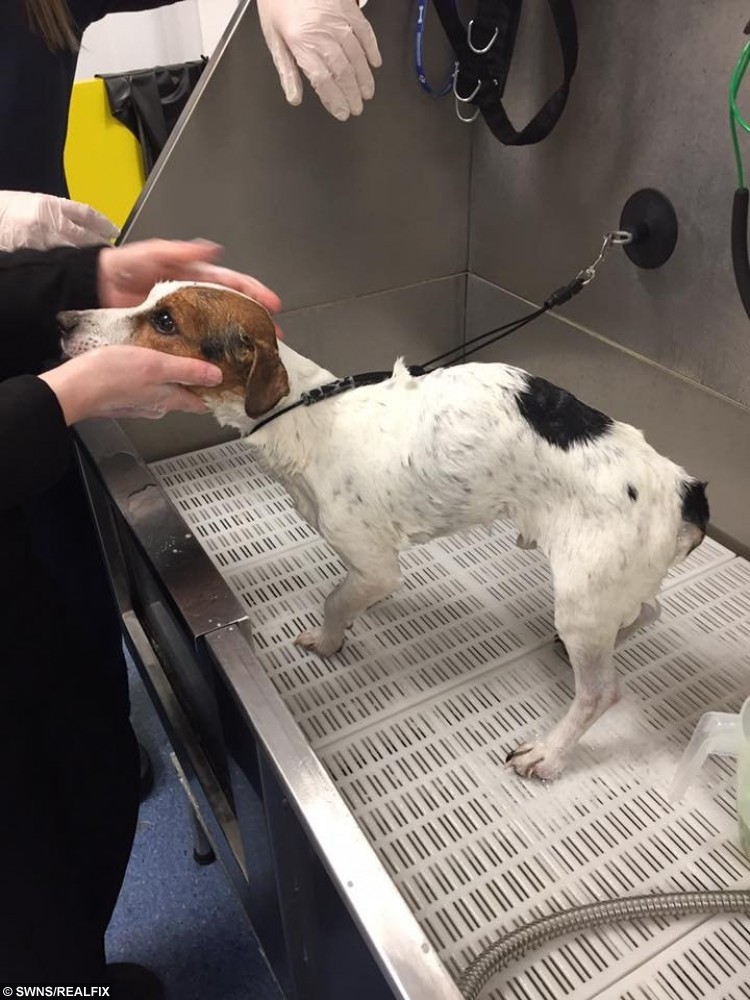 Martina Eyre-Brook, who treated Oscar at Vets4Pets in Cirencester, Glos., said he was “malnourished, with overgrown claws, sunken eyes and parasites”.

She added: “On inspection, we all had tears in our eyes.

“He looked so sad, but when we offered him his first meal his little tail started wagging and some energy returned to his little anorexic and hypothermic body.

“We guess that he saw the rabbit and gave chase and then followed it down the hole and got stuck.

“He survived on his reserves, losing enough weight until he could wriggle out. Underground it is not as cold as it would have been if he was out in the open.”

Oscar was out walking with Sylvia, 28, and her mum Tina, from Swindon, in a field in Whelford, Glos., when he ran off.

Tina said: “I was out on a walk with Oscar and my other dogs. He knows the area well but he got onto a rabbit and he was off.”

They searched for days and feared for the worst until a lady called Emily spotted Oscar as he dodged cars on a road in Fairford, Glos.

She took the limping, emaciated animal to the vets in Cirencester where they scanned his microchip and Sylvia’s details popped up.

Tina added: “He couldn’t stand up. You could see every bone in his body, and he was a muscular, stocky dog.

“We can’t thank her [Emily] enough. Apparently, Oscar was just walking along the road and cars were swerving to avoid him, but none thought to stop and help him.”

Oscar, who was adopted at six weeks old, is currently being fed every two hours to keep his strength up.

It isn’t the first time the cheeky chap has vanished. Around three years ago he ran off and wasn’t found for another two weeks.

Tragic : Young Man Died In Freak Accident After Slipping Over And bumping His Head