A wallaby that has spent more than a month causing traffic chaos by bouncing alongside shocked motorists has finally been reunited with it’s owner.

The escaped wallaby, called Wally, had been glimpsed fleetingly on several occasions on different roads over the last six weeks.

Witnesses were baffled but the mystery was solved when Yolanda Tine Cruwys came forward to confirm Wally was a missing pet.

Yolanda, 31, from Cove, Devon, said Wally went missing six week’s ago after he managed to somehow escape from his enclosure. 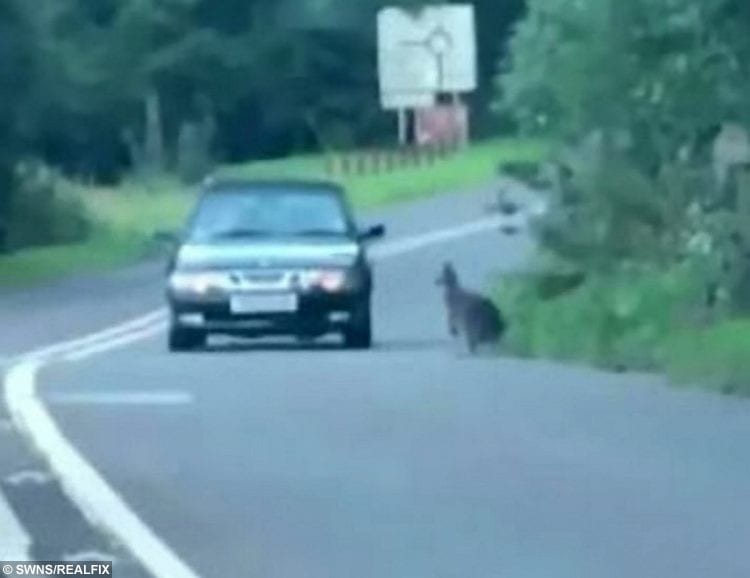 She said: “At the weekend my partner and I received loads of calls after a story about Wally’s whereabouts went online.

“He had been missing for a number of weeks and he had been sighted at different places around Tiverton but when we went searching for him it was like looking for a needle in a haystack.

“When we moved house a few months ago we left the wallaby enclosure at the old house until we had the new one ready.

“Somehow Wally managed to escape but we are not sure how.” 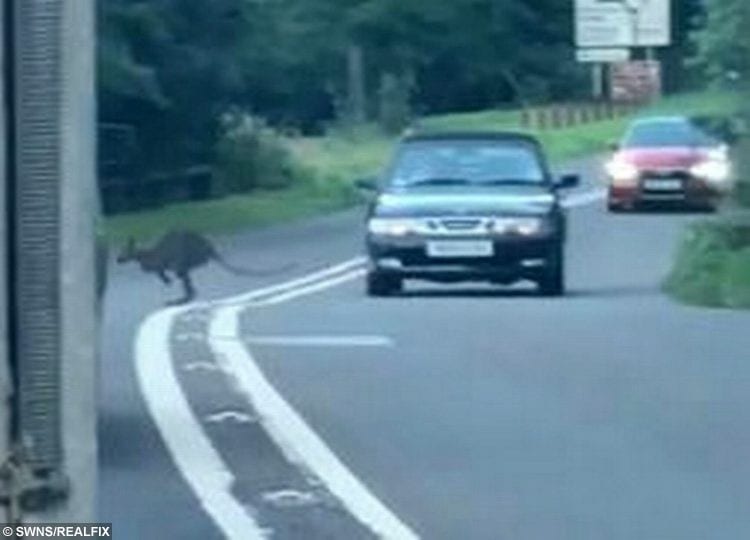 Yolanda said after seeing sightings of Wally online, a woman got in touch to say she had spotted him in her garden.

She added: “We were in Cornwall at the time and came back straight away because apparently a woman had been getting visits from Wally every morning in her garden.

“When we got there luckily Wally was still hanging around her garden so my partner and his friends managed to catch him using a net.

“He is back in his enclosure now and I am so glad that he’s safe.”

British Fisherman Shows Off Catch Of A 250lb Bluefin Tuna