Charlie Draycott & Ginny. The family of a dog who disappeared almost a year ago have urged owners of missing pets not to give up hope – after being reunited with their beloved pet pooch. See NTI story NTIDOG. Hannah Denton, Mark Draycott and their son Charlie, 9, from Shobnall, made the impassioned plea after welcoming home the their border terrier Ginny on New Year's Day after thinking they had lost her forever. The family also thanked the public for their help after a campaign to track her down spread across the entire country.

A family who have spent the last 12 months searching for their missing pet dog were overjoyed after she turned up 70 miles from home – on New Year’s Day.

Ginny the border terrier was stolen after she dashed from owner Hannah Denton’s home on January 23 last year after a gate was left open by a window cleaner.

The two-year-old pooch ran into the road and was spotted being scooped up by a man who put her in his car and drove away at around 4.15pm.

Devastated Hannah, 32, and husband Mark Draycott, 40, launched an appeal to find their beloved pet and offered a £1,000 reward for her return. 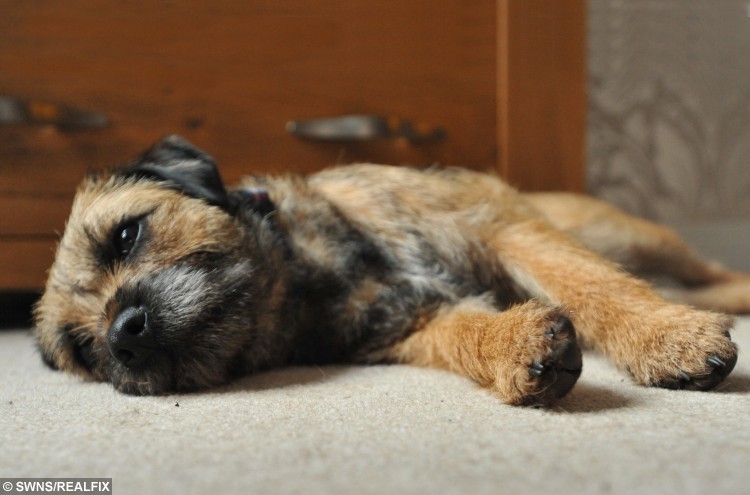 They even hired a giant billboard which was installed next to the M1 motorway in Leicester featuring images of Ginny last April.

The couple refused to give up hope even when police closed the case and had been preparing an anniversary appeal when they had a phone call on Friday (1/1).

They were left stunned after being told Ginny had been found 70 miles away from her home in Burton-on-Trent, Staffs., by two teenage girls in Doncaster, South Yorks.

Mark, a warehouse worker, said: “We just could not believe it. We never gave up hope but some days we wondered if we would ever see her again.

“It’s the best start to the New Year’s that we could have ever wished for. Charlie is absolutely over the moon.

“We’ve pretty much spent an entire year searching for her, so we’re delighted to have her back. It is the perfect start to the year.” 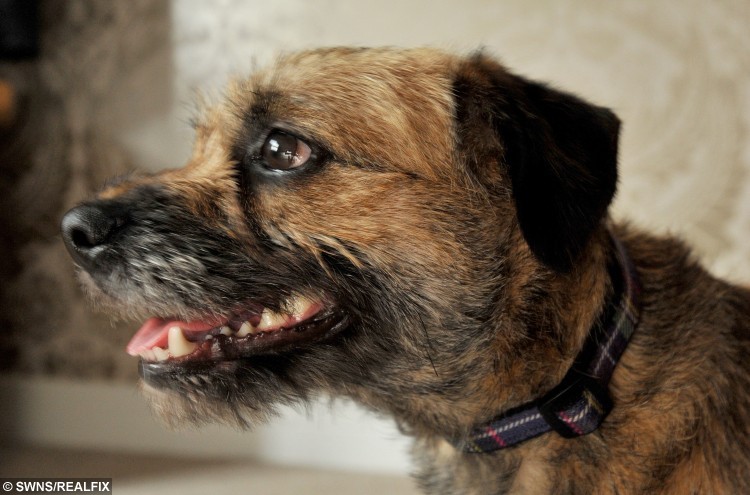 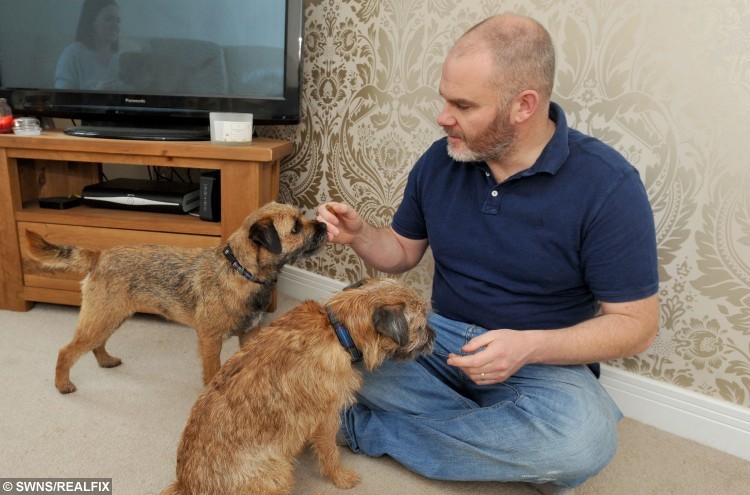 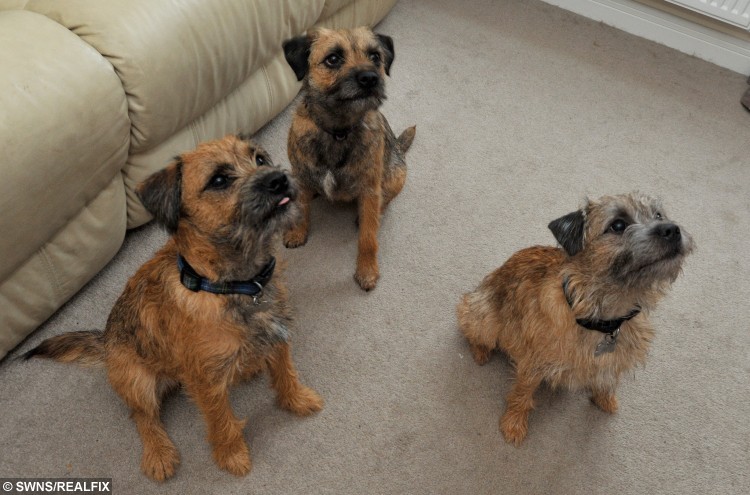 Hannah, who works for Volkswagen, added: “Two young girls had found her walking the streets. She had a red collar but no tag.

“They took her to the vets who scanned for a chip which is registered to my sister and they called her.”

The much-loved pet was also claimed by another woman, who believed she had lawfully purchased the pup.

However, vets found the woman’s microchip had not been inserted in Ginny and the vets confirmed the pooch’s rightful owners.

Describing the moment she saw Ginny again, Hannah added: “I was just a mess.

“You see so many dogs reunited with their owners and you just hope it will be you next. We were in disbelief.”

“Never give up hope. We put up adverts everywhere. You do everything you physically can to find them.

“We were planning the anniversary of when she went missing.

“We feel complete now. We have two other border terriers who Ginny hadn’t met but she is the boss. She is huge now.

“We signed a petition to help make it compulsory to scan every dog when they go to the vets.

“Our chip costs just £10 as part of a puppy pack when we got her.

“I would urge every dog owner to get their pets chipped. It was vital in getting her back.” 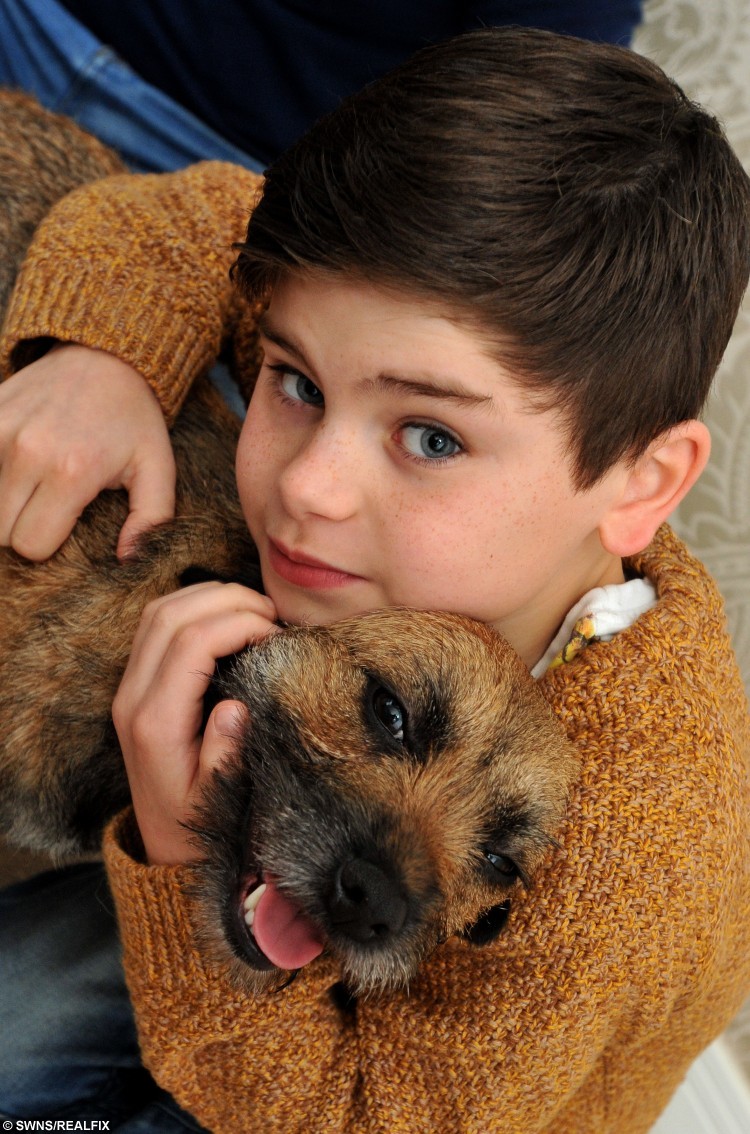