The fatal poisoning of a family’s beloved dog after it age pieces of hotdog laced with anti-freeze is being probed by police.

Geoff Kirby, 51, said his wife and three children were “absolutely devastated” by the apparent act of cruelty, adding the meat appeared to have been thrown over his fence.

The seven-year-old pet’s death comes after a string of reports of dogs being targeted near their home in St Albans, Herts., in recent months.

Roofer Geoff said: “It’s just beyond belief that someone would want to do that to a pet.

“He never hurt anyone. My wife and daughter are absolutely devastated. They’re really struggling with it.

“It just seems like some sick individual is going around getting a kick out of upsetting people.”

After letting Bobby out into their back garden on Saturday (October 27), Geoff noticed he was picking things up in his mouth.

He said: “When I got out there, there were about nine pieces of sliced Frankfurter.

“The last piece I picked up had little blue specks on it.” 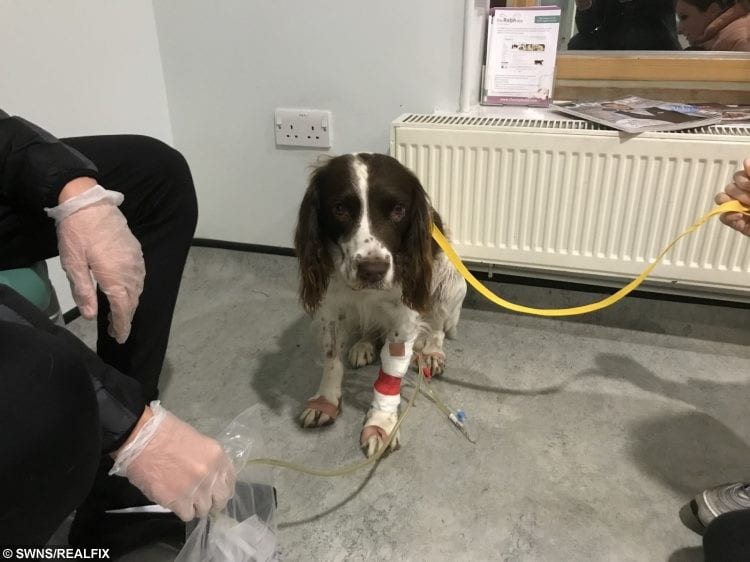 When Bobby started being violently sick, Geoff and wife Sharon took him to a 24-hour vet, who gave the dog an injection to rehydrate him.

Geoff said: “He livened up so we took him home.”

But after he continued to repeatedly vomit, he was rushed back to the vets on Monday morning, and then transferred to the Royal Veterinary College.

“One kidney had packed up, and the other was only 50 per cent,” said Geoff.

“We agreed to put him out of his suffering.”

The Kirbys, who had Bobby since he was nine weeks old, now want the perpetrator to be caught.

Geoff said: “We’ve spoken to the police. Whoever did this has gone down the side of our house and thrown the sausage over to the patio.”

Dog owners in the St Albans area have reported several cases of rat poison being left out in recent weeks.

One local attached a note to some railings in the Wick area of the town, near the Kirbys’ home.

It read: “Warning. It has been reported that three dogs have died from rat poison in the Wick recently.” 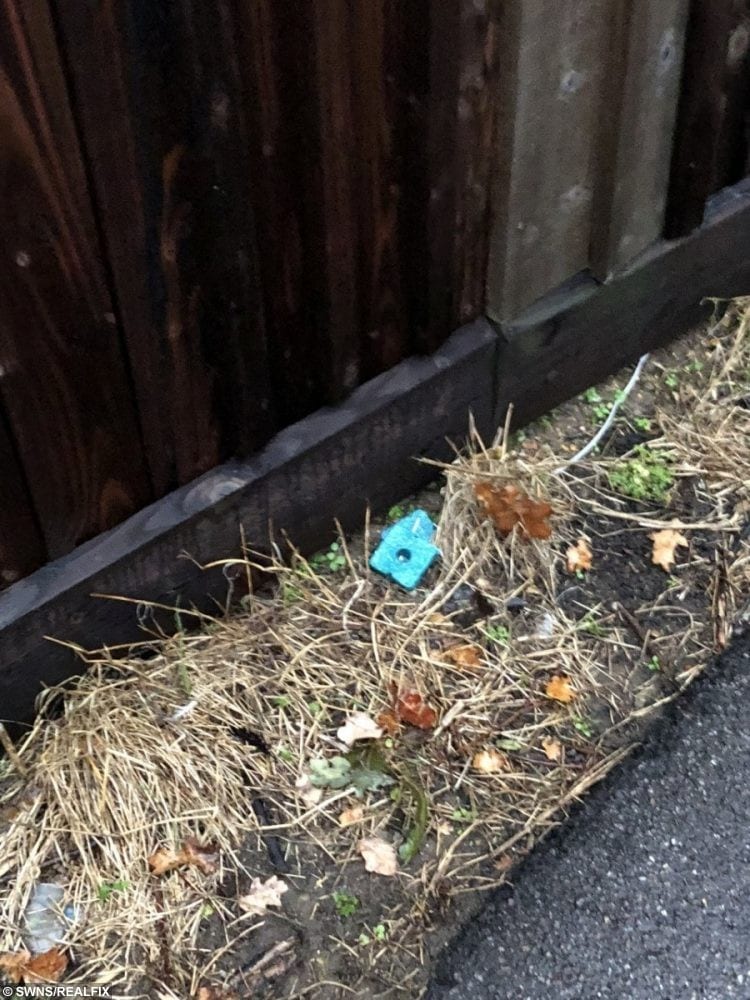 A dog owner living near Radlett, Herts., reportedly said she had found rat poison in her garden on five occasions, while a dog walker in St Albans, recently spotted six blue boxes of rat poison strewn by the side of a pavement.

Marshalswick Veterinary Surgery, based in St Albans, said it had received reports in recent weeks of dogs becoming seriously unwell.

A statement by the surgery said: “If your dog suddenly starts vomiting or develops dark spots on their gums, please take them to your vets immediately.”

St Albans District Council has also been made aware of the incidents.

A Hertfordshire police spokeswoman said: “Officers are investigating a report of a dog being poisoned in St Albans on Saturday, October 27 at around 8am.

“The dog’s owners had let their pet into their garden in Firbank Road.

“The dog started to eat meat that is believed to have been thrown over the fence. The dog became unwell later that day, requiring treatment from a vet. Sadly, the dog has died.

“Anyone who has information about the incident, should call the Hertfordshire Constabulary non-emergency number 101, quoting crime reference 41/51113/18.

“Police have also received a report of rat poison being found on the footpath at the back of Morrisons in St Albans.

“The council has been informed and the local Safer Neighbourhood Team are making enquiries to establish if the poison is there due to a legitimate reason. At this stage, it is not being treated as malicious.

“Officers are aware that local vets have received reports of dogs eating meat that is believed to have contained poison.

“Anyone who believes that their pet has eaten such meat should contact us on the non-emergency number 101.

“We would also encourage any residents to get in touch with any sightings of poison.”