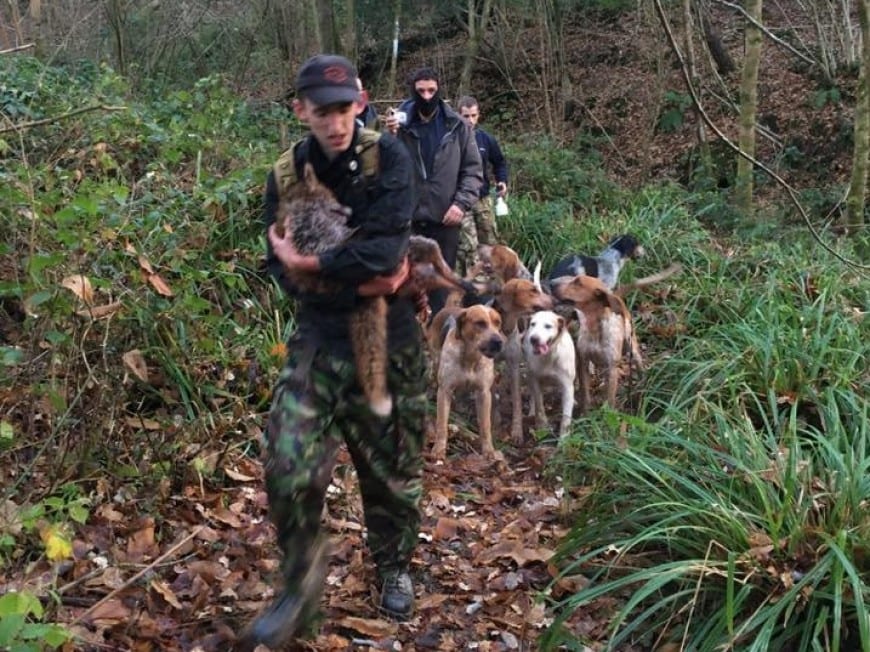 Animal rights activists claim they have recorded a fox being illegally hunted and killed by members of a hunt.

The video appears to show a pack of dogs attacking a fox in woodland, before the fox is then removed from the hounds by a member of the Hunt Saboteurs Association.

They have released a graphic video which appears to show hounds ripping a fox apart and disturbing images they say are of the dead animal with its insides hanging out.

Footage of the Old Surrey Burstow & West Kent Hunt near Tunbridge Wells, Kent, was taken at around 3pm on Saturday. 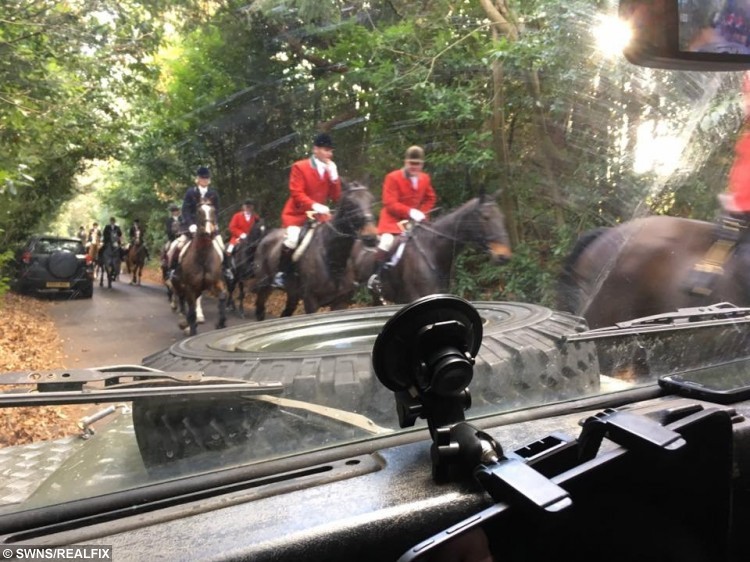 The Old Surrey Burstow & West Kent Hunt near Tunbridge Wells, Kent taking a dead fox after they say it was killed by the hunt

One of the hunt’s organisers Mark Bycroft denied any criminal activity had taken place and insisted members had gone about a legal trail hunt.

He said: “I understand they found a dead fox in the wood but I wasn’t there at the time so I don’t know what has happened.

“We had about 25 people on horses and 40 to 50 people on foot. There were about three Landrovers of the saboteurs – they come every week trying to disrupt what we are doing.

“They use hunting horns and play recordings and try to disrupt the hounds. If an incident has happened they are to blame.

“I’m aware they are making accusations that a hound killed a fox. I’ve not seen any evidence of the hounds killing a fox.”

Hunting with dogs has been illegal in England since 2005, but to get round the ban hunts lay scent-based trails which the hounds follow instead of a live animal.

Mark said eight or nine trails had been laid in the area yesterday.

The Hunt Saboteurs Association said the video had been shot in Frienden Gill Wood at approximately 3pm and has been reported to police. 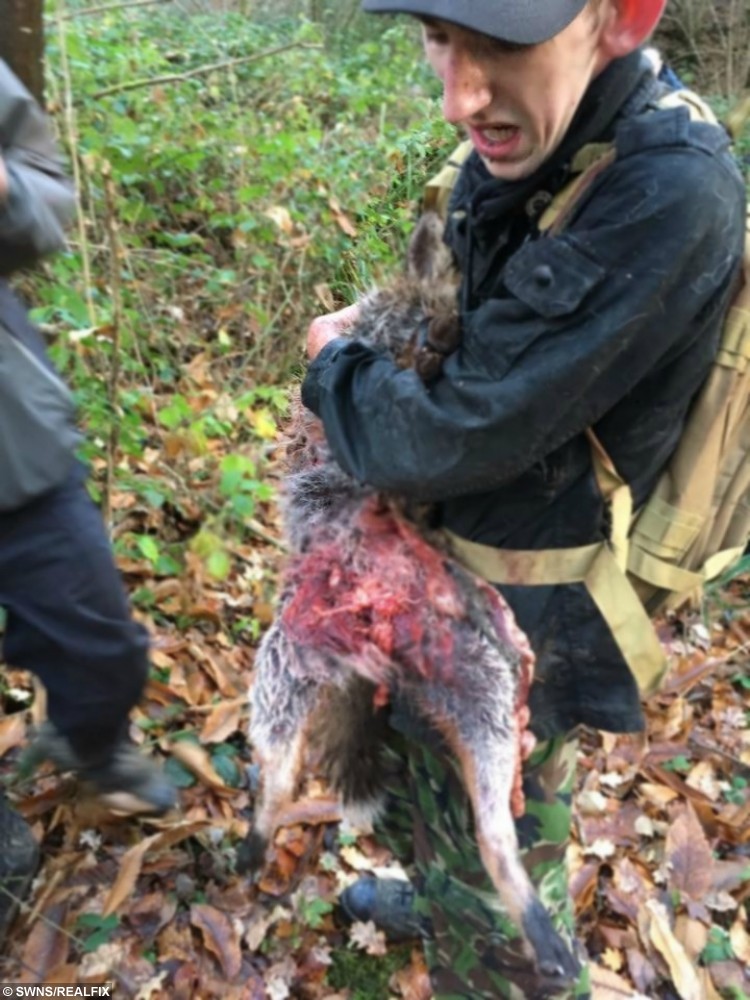 Association spokesman Lee Moon said: “The hunt terrier men had shouted to say a fox had been spotted.

“Hounds then went into cry and chased it for between five and 10 minutes.

“Hunt saboteurs arrived just as the hounds were ripping the fox apart but were unable to save it.

“They retrieved the body and it has been taken to a sympathetic vet for autopsy. The incident is now being investigated by Kent Police.”

A Kent Police spokesman said: “Kent Police was called at 3.33pm on Saturday, December 3, 2016 to a report that a fox had been killed by dogs in Oakenden Lane, Chiddingstone Hoath.

“Officers have arranged to meet with the informant to obtain further information.”