This hard-working puffin is pictured bringing home the bacon as he avoids greedy seagulls trying to steal his catch of the day.

The proud father makes a ungainly waddle for his family’s burrow carrying a bumper mouthful of 14 sand eels.

Landscape and wildlife photographer Roger Coan, 58, captured the split-second moment as the adult male faced his camera head-on as it raced from circling gulls.

The small bird managed to avoid a gang of scavengers before darting into his family’s burrow. 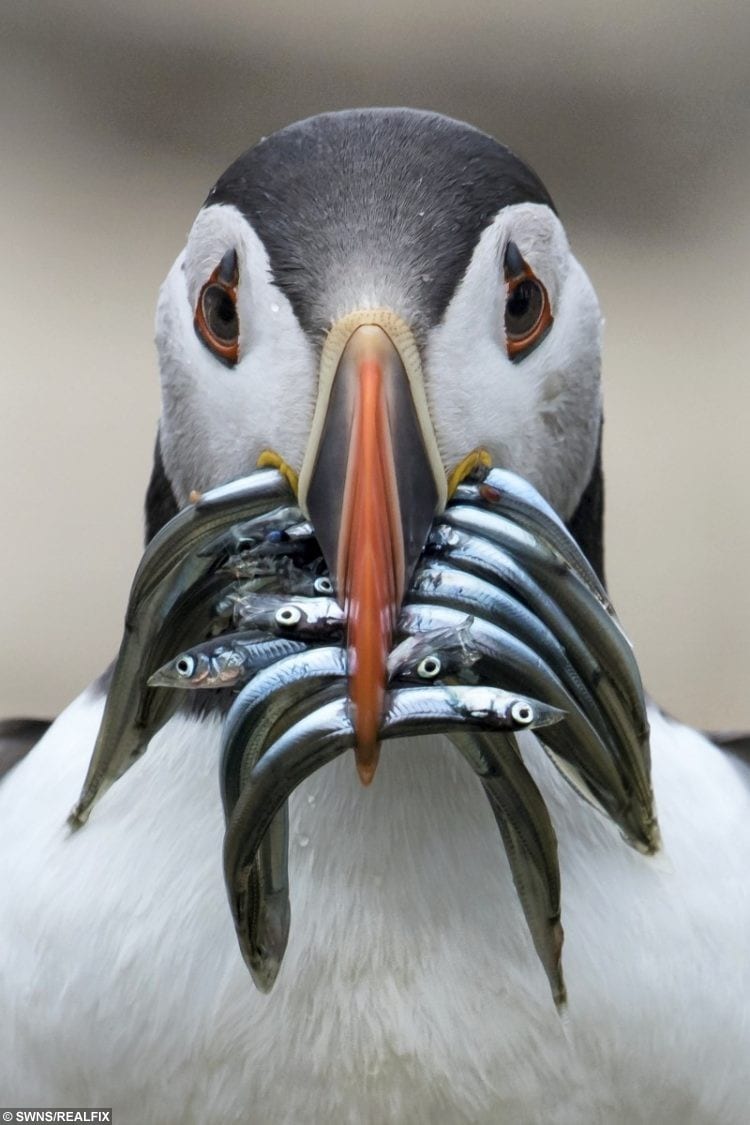 Mr Coan took the photos on Thursday at Staple Island, in the Farne Islands National Trust site off the Northumberland coast.

The black and white birds with colourful beaks – nicknamed Tommy Noddies for their waddling dashes – are often seen fishing miles from their burrows in colonies on the islands.

He said: “The photo was just so close, so detailed and it’s perfectly symmetrical.

“It was a split-second when it was facing that way and this one come running towards me, towards its burrow.

“His family is probably in the burrow with a young pufflin and he will be bringing back these to feed the young.

“It’s by no means a record but he’s got quite a mouthful, doesn’t he?

“You feel very very sad for these things because they spend so much time and effort to fly and fishing and to avoid being mobbed by the gulls which are six or seven times bigger than them.”