These heartbreaking pictures show a dalmatian puppy which was left to starve by its cruel owner.

Eight-month-old Penny was discovered in an emaciated state by workmen at her owner’s house in a crate with no food or water.

They were so shocked by her skeletal appearance that they contacted the RSPCA straight away.

RSPCA inspector Becky Harper said: “As soon as I saw Penny I knew that something wasn’t right.

“She was so thin and you could see her hip bones, spine and ribs – she was also very nervous but clearly desperate for food.

“She weighed 9kg which is far from what she should have weighed and vets gave her an extremely low body score of one out of nine.

“As soon as we gave her some food she wolfed it down – she was so hungry.

“It was clearly obvious that she was in a state of neglect.”

The RSPCA quickly established that there were no underlying health issues and Penny’s poor condition was simply due to not being provided with a suitable diet. 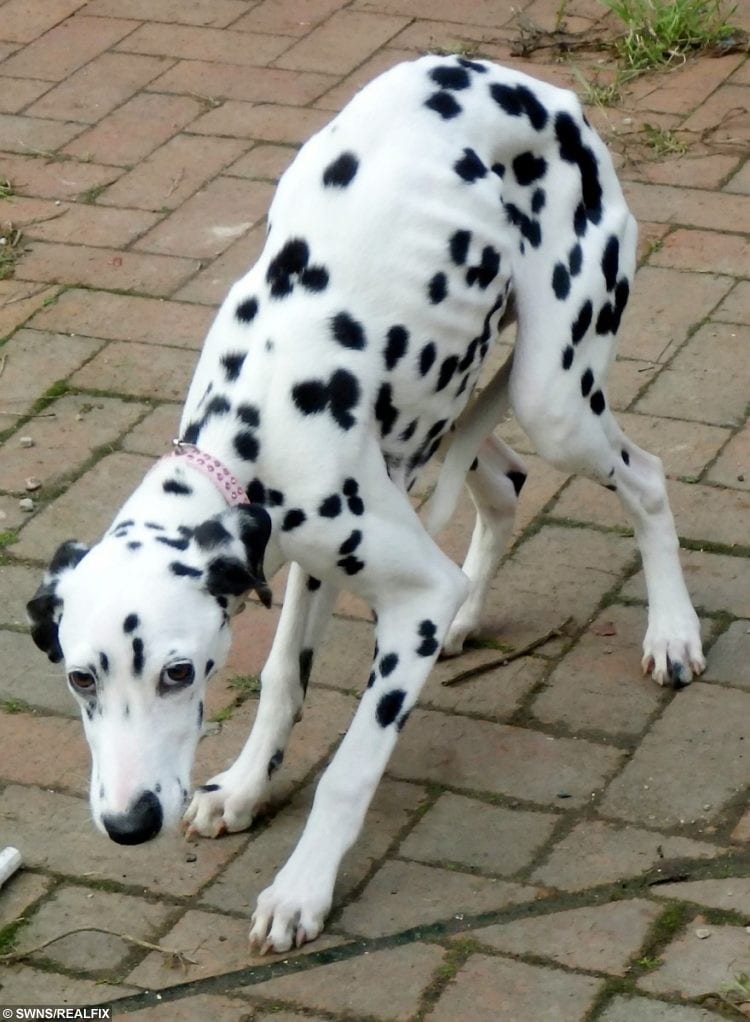 Watt was banned from keeping animals for ten years, fined £1,400 and ordered to pay £650 costs.

Inspector Harper said: “It is not acceptable to leave an animal to suffer in the state that she was in.

“In court the magistrates clearly stated that they could not understand how any person could look at this dog and fail to recognise that there was a serious issue with her weight or health.

“I believe the severity of this offence has now been taken on board by Mr Watt with the sentencing reflecting the gravity of the situation.

“It is hoped lessons have been learned to prevent any similar situation reoccurring in the future.”

Penny has been in RSPCA foster care since February and has made a full recovery.

She will be available for re-homing soon.