This is the heartwarming moment a little autistic girl is reunited with her beloved dog – almost three weeks after police incorrectly seized it for being a banned breed.

Darla, who is a cross between Shar-Pei and a Staffordshire Bull Terrier, has been a constant companion for Maddison Armer, seven.

But Maddison was devastated and became withdrawn when police issued a warrant on July 16 to seize the three-year-old pet under the Dangerous Dogs Act.

It was claimed Darla was a Pit bull-type, which is a dog that has certain characteristics of the banned breed.

Maddison’s mum Jenny Armer was told she could sign a disclaimer to have the docile pet put to sleep or fight the decision in court.

She launched a petition to bring the dog home with money and signatures flooding in from around the world.

On Wednesday the family, from Lancaster, Lancs., were given the news that following an independent assessment Darla was not deemed to be a Pitbull-type and she could go home.

Darla was returned to her owners at around midday on Thursday.

Jenny, 29, said: “I couldn’t have Darla put to sleep, at the end of the day she is like another child. I am so glad we fought it.

“Maddison couldn’t believe it when I told her Darla was coming home, she started crying. We went to the pet shop to get some treats for her arrival.

“It is fantastic to have her home. Darla was so happy to see us, running around wagging her tail like a mad woman. We’re all covered in slobber. Maddison is a bit overwhelmed.

“She has been depressed and hasn’t been sleeping or eating properly. When Darla came in she cried, she is so happy now. She has her spark back, that’s what Darla does.

“We’re going to take her for a walk and see neighbours to say thank you for all their help.”

More than 50,000 people signed various petitions to have Darla returned while a JustGiving page has had over £4,000 in donations.

The money raised is set to go to Deed not Breed, an organisation which fights breed specific legislation, to help other families in the same situation.

However, crossbreeds which have certain characteristics similar to a Pit Bull can be seized and euthanized.

Under the law, police don’t need proof a dog is a banned breed, they only need to suspect it is.

When officers arrived to take Darla, Maddison tried to shut herself in the bathroom with her beloved dog to stop them leaving with her.

Locals rallied around Jenny and her family with support coming from across the world. Shannon Elizabeth, the American actress who played Nadia in American Pie, tweeted her support.

Jenny added: “Deed not Breed and Mel Rushmore have been amazing.

“She kept me up to date with everything and if it wasn’t for her the police wouldn’t have been challenged and they wouldn’t have reassessed her. I really want to thank everyone around for their support.” `

Darla is the second dog to be returned to its owners in a week following a campaign and reassessment.

In Belfast, Hank the Staffie Labrador cross faced being put to sleep but has now been returned to his family.

There are numerous other family pets on doggie death row around the country – with police seizing the animals purely for the way they look.

Darla’s tale has prompted fresh calls for the government to look at the Dangerous Dogs Act, which has been slammed in recent weeks.

Mel Rushmore, who runs Deed not Breed, said: “It is a complicated process but the police have to act if there has been a complaint and Darla has been well looked after in the kennels.

“She is a very sweet dog and it is a happy ending. I am delighted. Police only uphold the law, maybe it is time the government looked at the Dangerous Dogs Act again because it is not fit for purpose.

“The police only need a presumption of type and the burden of proof is on the owner. We would like a fairer process where the deed and not the breed is targeted.”

Sgt Sue Bushell, of Lancashire Police’s Dogs Unit, said: “On July 16, police executed a warrant at an address in Lancaster following concerns a dog inside the property was a banned breed.

“In any incident where officers deal with a potential prohibited dog, safeguarding individuals and protection of the public is our priority. 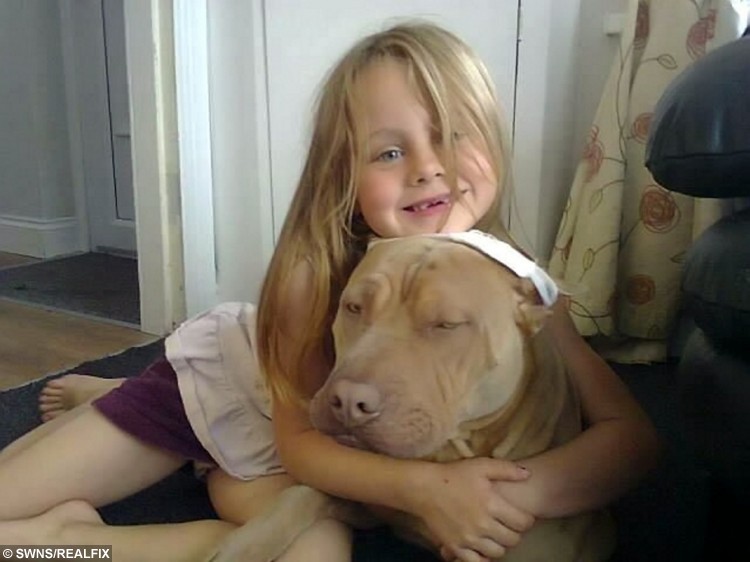 “It is normal practice for officers to seize dogs in order for a full assessment to be carried out by a qualified Dog Legislation Officer (DLO). During this process, dogs are kennelled in secure facilities where their welfare is paramount.

“In this case an independent DLO found the dog does not have substantial characteristics of a Pit Bull-type and therefore Section 1 of the Dangerous Dogs Act does not apply.

“As is always the case in these situations, no cost has been incurred by the dog’s owner and arrangements have been made for its safe return.

“There are many occasions where dogs seized under the Dangerous Dogs Act are returned to their owners either because they are determined not to be banned breeds or they are exempted following the full circumstances of the case being considered by a Magistrates Court.

“When dealing with offences under this Act our main concern is to protect people from injury, or fear of injury by dogs.

“We would encourage members of the public to report any concerns they have involving dangerous dogs to help us keep our communities safe.”