A dog had to be given oxygen after being rescued from a flat fire in Coventry.

Heartwarming pictures show the moment brave firefighters saved a dog from a flat fire – by giving it OXYGEN.

In the adorable images, rescuers are seen placing a mask over the poorly pooch’s muzzle to help it breath following a kitchen blaze.

The dog was trapped inside the flat in Tile Hill, Coventry, after fire broke out when a male resident left washing in a plastic basket on top of a lit stove on Saturday (30/12).

Photographs taken by firefighters inside the property show the blackened kitchen, with the hob and the cooker in ruins.

Two crews from West Midlands Fire Service were there for at least 30 minutes tackling the fire, and said that the inferno could have been worse for the owner and the pet.

On social media, a host of users reacted to the images.

Sue Smith said: “I have to say the firefighters did an amazing job with the dog.

“My heart sank when they got him out and watched them work on him.

“Hats off to the fire crew.” 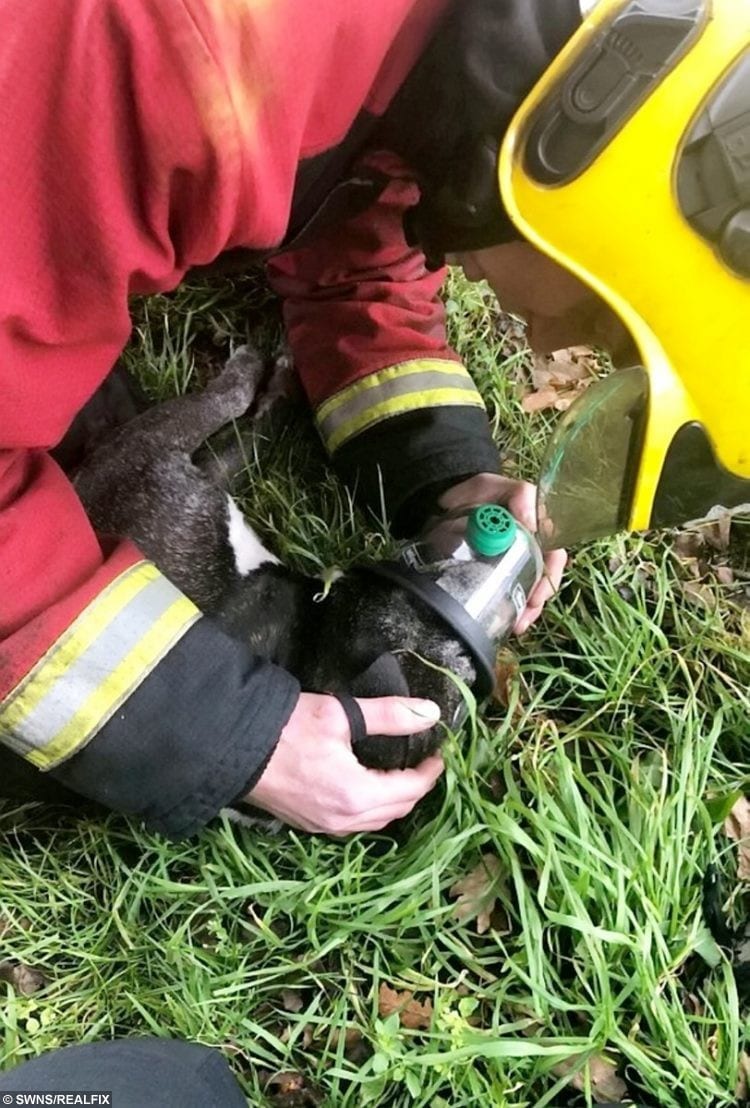 “We are all in their debt.”