A horse had to be winched out of a swimming pool after wandering in on New Year’s Eve.

The mare was unable to get itself out and was becoming distressed, so the home owner who owned the pool called the RSPCA.

In the end they had to call out Kent Fire and Rescue for help. 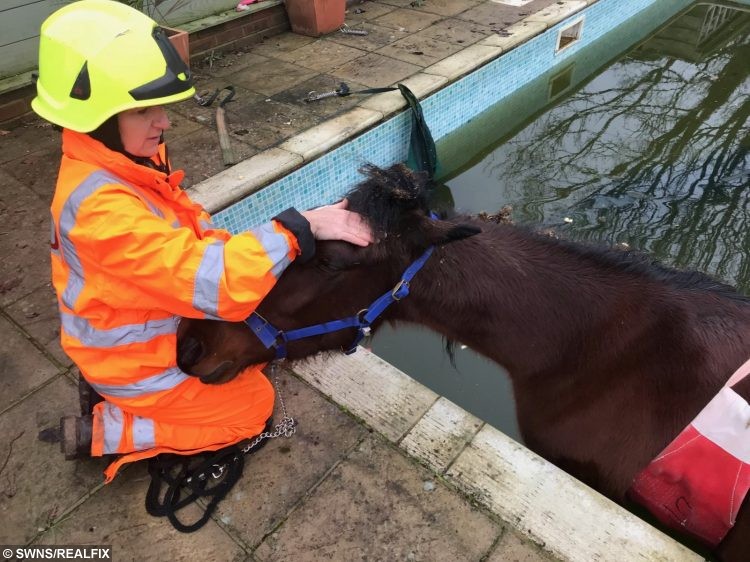 Fortunately the pool, in Maidstone, Kent, was only partially filled with around one metre of water, which came up to the animal’s stomach.

RSPCA inspector Rosie Russon said: “The home-owner wasn’t sure how long the mare had been there and feared she may have been there all night.

“She was clearly very cold and in danger of developing hypothermia.”

Between them, two rescue services were able to winch the animal out.

The mare, thought to be around four years old, was micro-chipped, but the chip wasn’t registered so the owner remains unknown.

The RSPCA have nicknamed her Ellie after the paralympic swimming champion Ellie Simmonds. 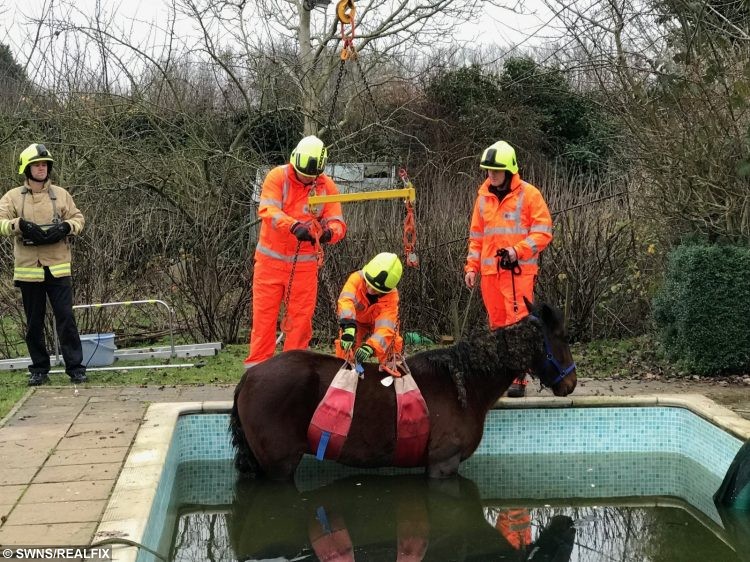 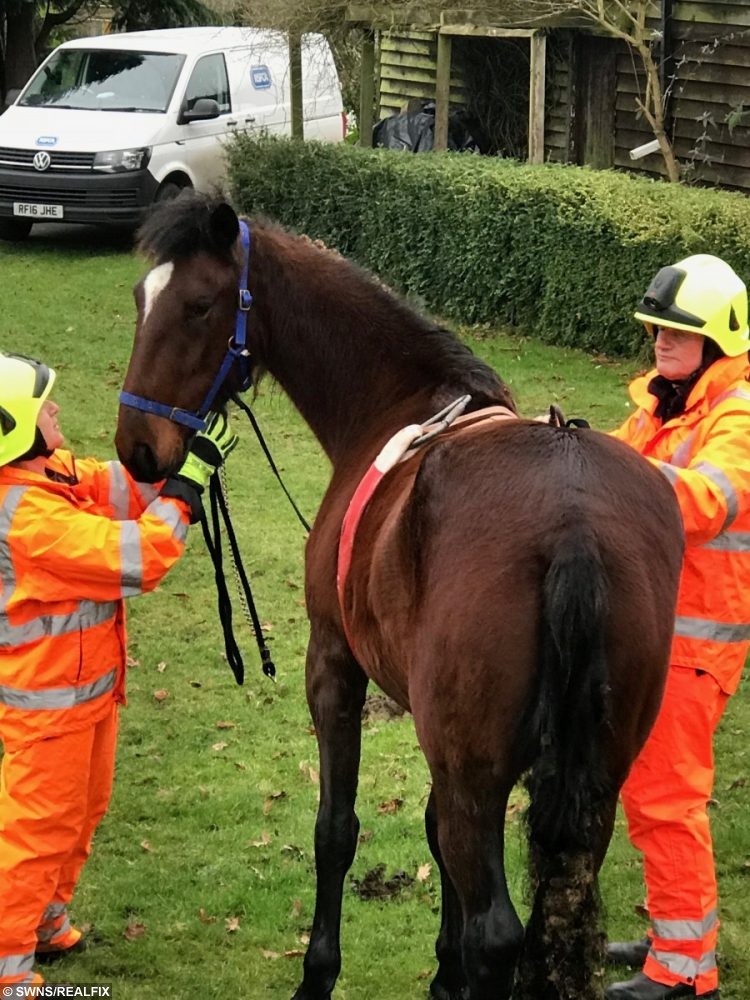 Inspector Russon said: “We believe Ellie had been straying and fell into the pool in the dark.

“She has some minor injuries to her legs where she fell through the pool lining and hit the bottom but, other than that, she’s been very lucky.

“She’s now been taken into care by one of our private boarding establishments where she’ll remain so she can be monitored and properly assessed.

“If no one comes forward to claim her, we’ll start the process of finding her a suitable home.”