A bird-brained pigeon which was nursed back to health by a kind family after it fell out of a tree in their garden now believes it’s one of their PETS.

The bird, named Charlie, comes when he is called, has breakfast with the family and even likes to be stroked like a dog or cat.

Tim Green, 58, discovered the injured bird with his son Lewis, 18, when they found it squawking for help in August.

Tanker driver Tim said: “I was in the garden with Lewis and we could just hear a faint sound like a tweeting or squawking.

“We followed the sound and under our tree we saw this tiny pigeon. It’d obviously fallen out of the nest and hurt its wing. We picked it up and put it in a shoe box.”

Incredibly, after a few weeks Charlie had recovered but instead of flying away, set up home in the family’s home in Lower Broadheath, Worcs.

“I’m sure he will fly off one day but at the moment it’s like having another pet.

“He will eat pigeon seed put out for him but still loves to be syringe fed. 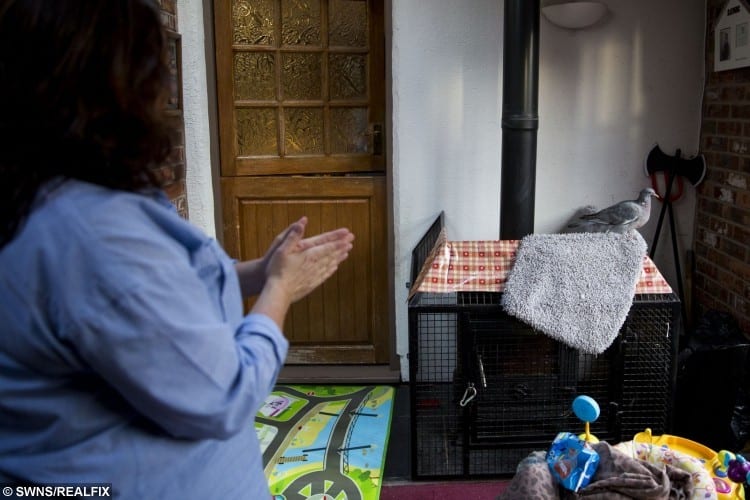 “He stays out at night now but only recently as he was in a big rabbit cage in our playroom and came in on his own – he would just fly in to the playroom and walk into the kitchen at dusk.

“At about 8am to 8.30am he will fly to the decking outside the kitchen window for breakfast and will even come in if the window is open or I will go outside and call him and he flies onto my head.

“After he has eaten breakfast, Charlie likes to potter around the garden and enjoys taking a shower under the outside tap if it is dripping and we feed him four or five times a day. 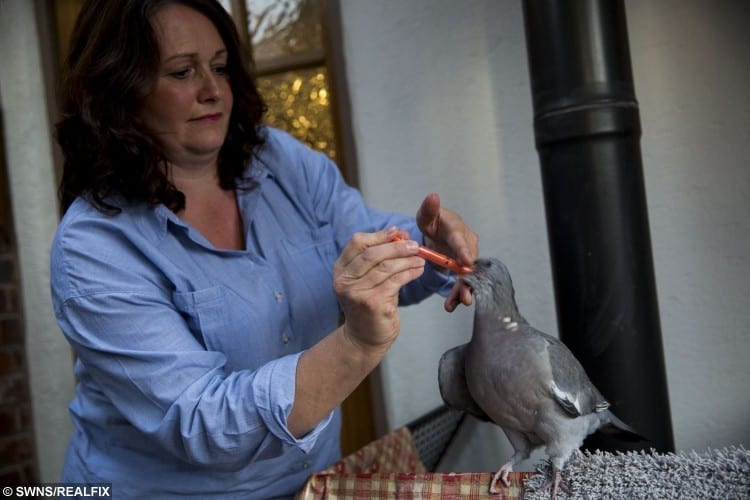 “If he flies off into nearby trees he will come back within five minutes if I call him.

“He loves to be stroked and to perch on the fire guard in the playroom especially if it’s raining, he isn’t scared of the dogs or rabbits.

“Other people think it’s fantastic that he survived and how tame he is.

“I look after children and they will shout ‘Charlie’s here’ if they see him.”