Experts say the jellyfish-like menaces – whose sting can prove fatal – are being washed up in unprecedented numbers.

People are being warned to look out for the brightly-coloured creatures in Cornwall and Devon and to keep children well away.

The popular tourist beach at Perranporth in Cornwall was temporarily closed last week after hundreds of them washed up in a single day.

And now more of them have been spotted on beaches across the South West peninsula.

He said: “The jellyfish like creature has a sting which can be fatal.

“One such beach in Perranporth was closed last week because over 100 of these creatures washed in to shore.

“However, the situation has now worsened and spread to another popular beach.

“The golden sands are littered with these deadly PMOR creatures, there must be thousands on the entire beach.

“Families, children, locals and dog owners continue to use and wander past these deadly creatures, oblivious to their fatal potential.” 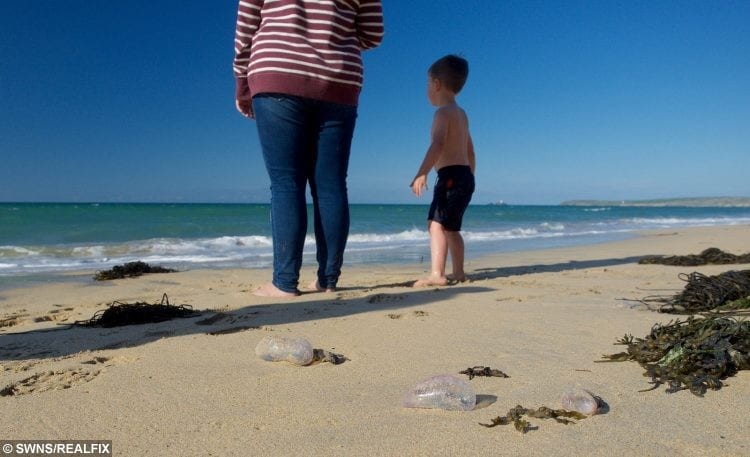 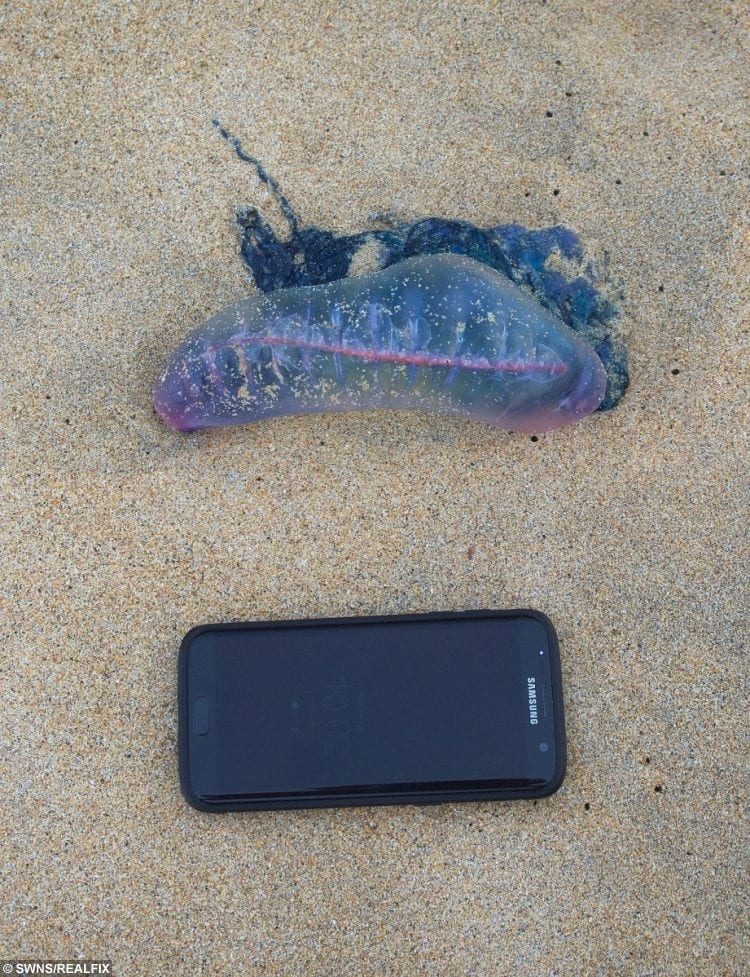 Nearly 500 deadly Portuguese man o’war also washed up on another nearby beach in just three days over the weekend.

The findings have been reported by the volunteer beach conservation group Friends of Portheras Cove.

Reporting over Friday, Saturday and Sunday, the group said 493 of the hydrozoans were found on the beach.

The group said on its Facebook page: “Apologies for those who are fed up with posts about the Portuguese man o’ war strandings but since Portheras has seen unprecedented numbers over the past three days we felt it necessary to share this with you all.

“Cornwall is at the forefront of global research thanks to citizen science.

“And remember – don’t touch any you find, admire from a distance as they can still sting even when stranded.” 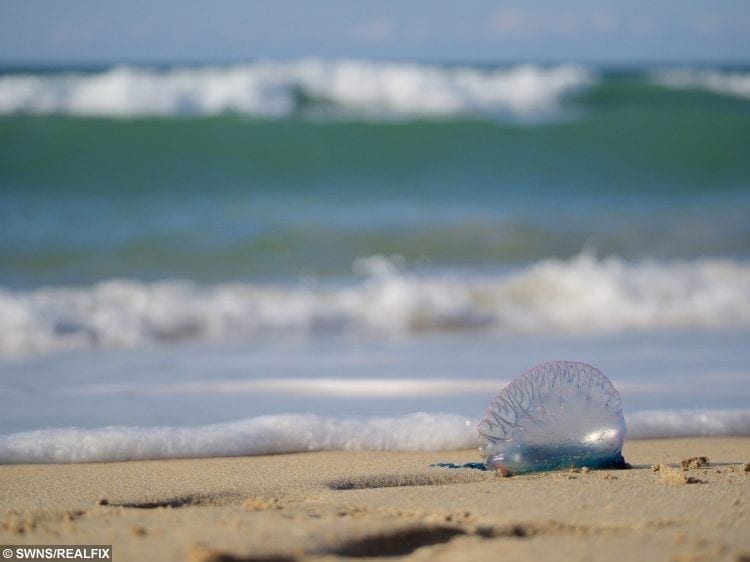 Dr Peter Richardson from the Marine Conservation Society the arrival of so many of them was very exciting – but warned the public not to touch them.

“He said in a tweet: “Wow! Haven’t seen anything like this in 15yrs of the MCSUK National Jellyfish Survey – PHENOMENAL”.

Dr Richardson, who is MCS Head of Ocean Recovery, added: “Portuguese man o’ war (Physalia physalis) are only occasionally reported in UK waters, but this is the second consecutive year they have turned up in numbers.

“Last year they were spotted in September on beaches in the South West UK, with significant strandings of the species also reported in in 2009 and 2012.

“They are ocean-going animals, propelled by the wind on their inflatable sail as they fish the depths with their stinging tentacles.

“Recent persistent winds have blown them from the Atlantic onto our shores”.

He added: “Because a stranded Portuguese Man o’ war looks a bit like a deflating purple balloon with blue ribbons attached, children will find it fascinating.

“If you’re visiting west coast beaches in the next few weeks it’s well worth making sure you know what these animals look like and that no one picks them up.

“The stings can be unbelievably painful and in rare cases, fatal.

“We’d like people to report any sightings of Portuguese man o’ war to our website so we get a better idea of the extent of the strandings”.