These shocking pictures show a seagull with a bolt through his body – after he was shot by a crossbow.

An investigation has been launched after the stricken male bird was found on an industrial estate.

It is thought to have suffered for some time before being discovered as it was noticeably underweight.

The gull was unable to fly and the RSPCA were called to collect him from the scene in St Austell, Cornwall.

The charity later decided to put him down because his injuries were so severe.

RSPCA Animal Collection Officer Peter Ferris said: “This poor bird would have suffered a great deal from this heartless attack.

“It may have been injured for some time as he was also quite underweight.

“When he was found he was staggering around a building supplies yard, unable to open his wings and fly, with the crossbow bolt embedded in his body.” 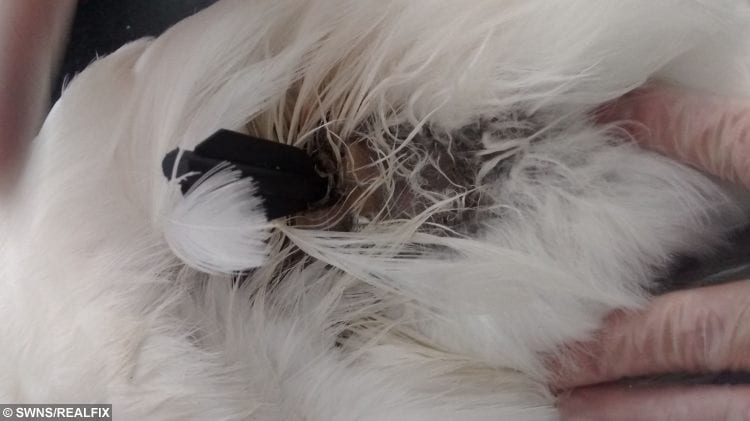 The charity is appealing for information about the cruel act.

All wild birds are protected under the Wildlife and Countryside Act 1981 and it is illegal – except under licence – to take, injure or kill wild birds or interfere with their nest or eggs.

Under the Wildlife and Countryside Act, the use of crossbows to kill or take birds is also prohibited.

The maximum penalty is six months in prison and/or a £5,000 fine.