Groundhog Day is not only a 1993 cult classic starring Bill Murray, it’s also a tradition that originated in Punxsutawney, Pennsylvania, and features a hairy meteorologist rodent called Phil freaking out at his own shadow every February 2. Check out these totally repeatable facts in honour of the 130th Groundhog Day.

2. Tradition goes that every February 2, a legendary groundhog known as Phil, pokes his head out of his burrow in Gobblers Knob in Punxsutawney. If he can see his shadow, he flees back inside predicting six more weeks of winter. If he doesn’t, then an early spring is on its way.

3. The event attracts tens of thousands of spectators to Punxsutawney, Pennsylvania – despite the fact plucky Phil’s prediction can be wildly inaccurate. Loyal Phil fans deny this obviously.

4. A groundhog’s life span is usually around 6-8 years which makes Phil’s 130 year reign pretty darn impressive. This can be explained by a magical punch that he drinks every summer at the Annual Groundhog Picnic. It gives him another 7 more years of life. Powerful stuff.

5. Every years Phil gives his prediction to the current president of the Groundhog Club’s Inner Circle. Luckily he understands his ‘groundhogese’ language and translates for the crowds. The Inner Circle all wear top hats and take their roles very seriously.

6. When groundhogs hibernate, they really commit. They go into such a deep sleep, their body temperature drops to a few degrees above freezing, they barely take a breath and their heart hardly beats. They’re essentially in a coma. Not Phil though – he lives in a man-made, temperature regulated burrow.

7. The 1993 film Groundhog Day features grumpy weatherman Phil Conners played by Bill Murray who is trapped in a time loop and wakes up on February 2 every day. Originally Tom Hanks and Michael Keaton were offered the lead and turned it down.

8. The 1993 film Groundhog Day features grumpy weatherman Phil Conners played by Bill Murray who is trapped in a time loop and wakes up every morning on February 2. Originally Tom Hanks and Michael Keaton were offered the lead and turned it down. (Sorry we couldn’t resist.)

9. It wasn’t filmed in Punxsutawney because their town centre didn’t look good enough on camera. It was shot in Woodstock Illinois instead. Consequently famous Phil never got his big break in the film and it’s Woodstock that has a plaque marking the spot Murray famously stepped in a puddle… again and again. 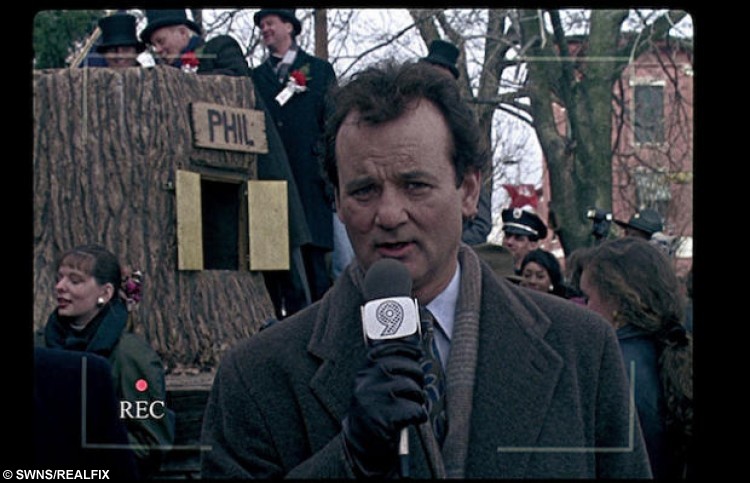 10. Bill Murray was bitten twice by a groundhog called Scooter during filming and needed an anti-rabies injection. ‘That groundhog hated my guts from day one,’ Murray has said. He was also going through a divorce during filming so it was a tough time for the funny man.

11. Despite amazing success on a string of movies including Ghostbusters and Caddyshack, director Harold Ramis and Bill Murray spectacularly fell out during the filming of Groundhog Day and they didn’t speak for 21 years. It’s said they made peace when Murray went to Ramis on his deathbed in 2014.

12. There is some debate as to how long Phil Conners is stuck in his time loop. Originally the screenplay had him re-living February 2 for 10,000 years. He marked each day by reading one page of the book in the library until there were none left. But Ramis claimed that within his film it’s more like 30-40 years – long enough for Phil to learn skills such as playing the piano and ice sculpting.

13. All day today, Sky Comedy will be airing Groundhog Day 13 TIMES back to back from 6.40am. Prepare for Sonny and Cher’s I Got You Babe to stay in your head forever… 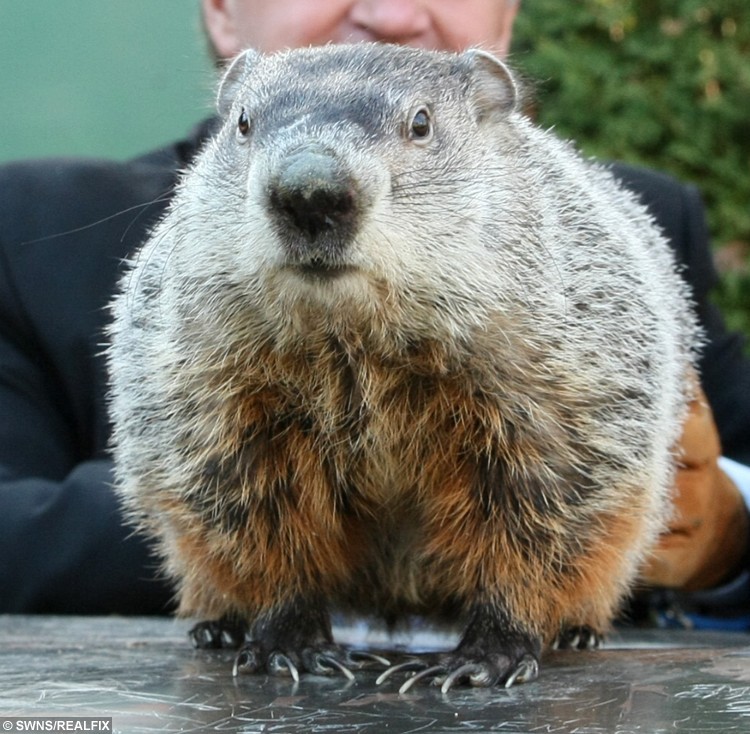 Wrinkly mutt goes under the knife for a nip and tuck

Wrinkly mutt goes under the knife for a nip and tuck