A mahout has been accused of cruelty after he trained an elephant to allow him to climb on to the animal’s back – by standing on its TRUNK.

The keeper wanted to replicate a scene from an Indian blockbuster Baahubali where the hero runs up an elephant’s trunk onto his back, sources said.

A video shows him tugging on the tusker’s ears to allow him to climb up its trunk and on to its back in Thiruvananthapuram, the capital of the Indian state Kerala.

He has been slammed after it was uploaded to social media. 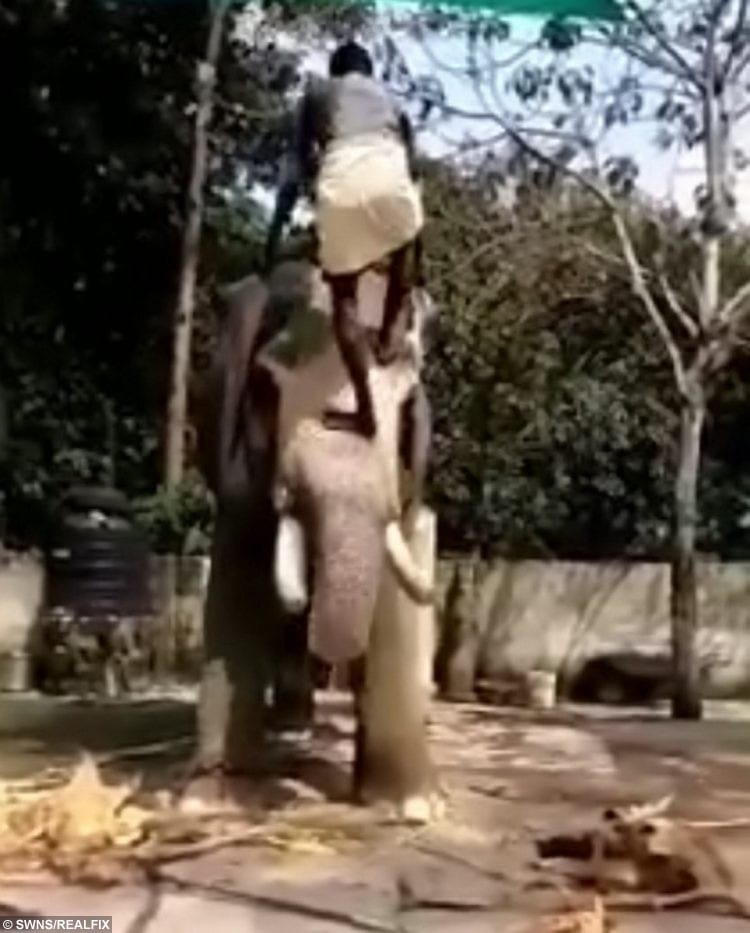 One critic said: “Following an obnoxious scene in a film this mahout has ‘trained’ his elephant to repeat that scene.

“Just imagine how much ‘training’ he would have had to undergo. It’s idiots like these that need to be quartered and hung.”