Meet the man who keeps a wild hawk named Carol as a pet – which flies around his family home and sits beside him while he works at his computer.

Father-of-two Maxx Powell, 28, found the red-tailed hawk in the woods near his home in December.

She was severely underweight and ravished with parasites, so the firefighter took her back to his home in Olympia, Washington, USA. 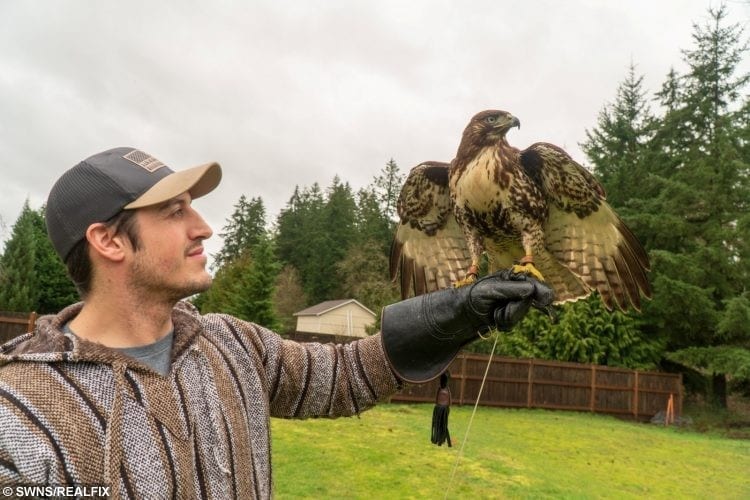 But not anyone can keep a hawk; Maxx spent years studying to obtain his falconry license and now spends about five hours a day building his relationship with the bird.

He also spent $1,500 constructing a 9ft by 11ft aviary for Carol in his garden, and has been nursing her back to health with beef hearts and organic quail meat.

Maxx said his wife Desiree Powell, 28, has been supportive of his unusual pet.

The couple, who have two sons Sterling, two, and Sawyer, seven months, have been working together to care for Carol and make her feel like part of the family.

“It is illegal to take a hawk in as a pet without a license,” warned Maxx.

“When I got my license in November, I converted an old shed. I did all the work myself, inserting the wooden slots and welding the perches.

“Behind the enclosure, I have an outdoor fenced area which discourages predators and allows the bird to hop and fly.” 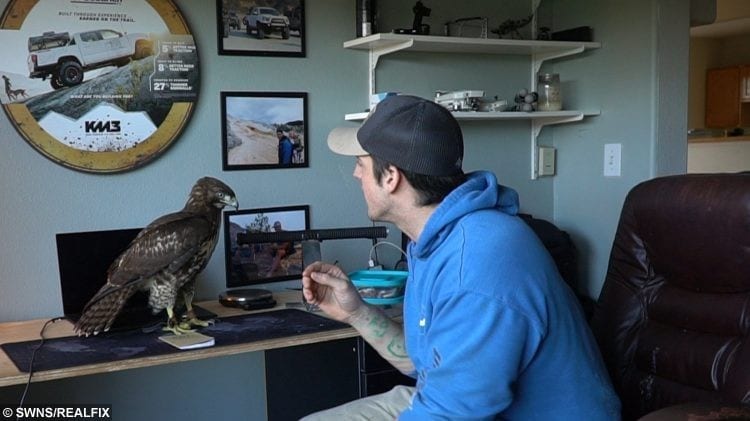 It is also illegal to capture a falcon who is over one year old and only hawks that are seriously unwell may be captured.

After gaining his license Maxx enlisted the help of master falconer Brad Wood to set a homemade trap in Auburn, WA.

It was there they found Carol, who was severely malnourished and infested with worms and lice.

“She was under a year old and she wasn’t going to survive in the wild,” he said.

The dad now spends up to five hours a day with Carol both inside and outside his family home and he’s currently training the bird for her first free flight.

Maxx hopes to train Carol to hunt for herself and plans to release her back into the wild in three years, when she is strong enough to survive on her own.

“She’s doing really well and is getting acclimated,” he said.

“You need to spend a lot of time with the bird, it really is a commitment.

“We are working on developing a relationship and hopefully in a few weeks we will be in a place where she can free fly, but will return to me.

“They’re very smart, she is beginning to recognize me as an easy source of food to accompany her hunting, but also a safe place for her to stay.

“You have to to build that trust.

“I am a YouTuber, so she will sit on her perch beside my computer while I work and we also spend a few hours of each day training outside.” 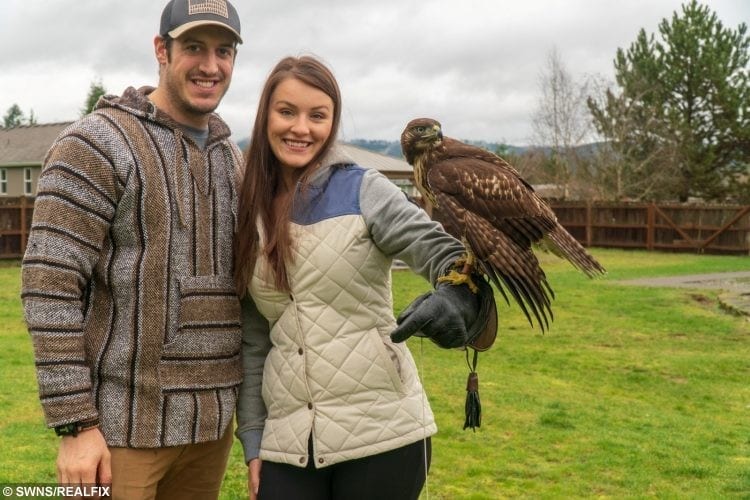 Maxx said his two-year-old son Sterling is fascinated with Carol and his family members are very supportive of his hobby.

“Sterling thinks she’s awesome. We even got him his own hawk stuffed animal, which he carries around on his arm.

“When I tell people I have a hawk, everyone is interested. My friends and family were excited to meet her over Christmas and it’s good for the bird to get into these social interactions.

“They joke about the name I picked, Carol, but I liked it because it is really unassuming.

“Most falconers call their birds scary medieval names like Troubadour or Phoenix or something.”

Although falconry has its critics, Maxx insists that the hobby is important to preserve the hawk population, because only about ten percent of young red-tailed hawks live into adulthood.

Maxx said: “Most falconers keep their birds for about three or five years before releasing them.

“By that time they are strong and can hunt completely on their own.

“I will re-release Carol. It’s been really cool to fulfill this passion but these animals aren’t pets.

“With Carol, it’s a bond that is hard to build and one that could be broken easily. It’s based on teeny tiny elements of trust which is why it’s been so rewarding.”

Maxx’s initial interest in falconry began in childhood when he watched a movie called My Side of the Mountain, where one of the characters has a falcon. 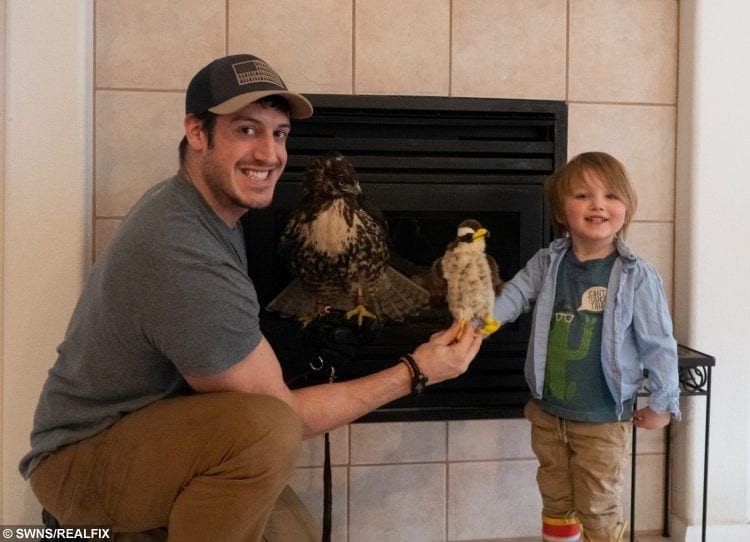 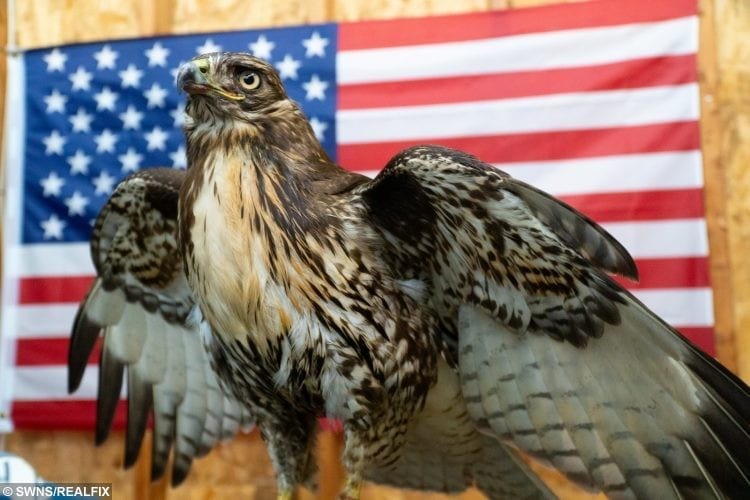 Two years ago he told his wife that he wanted to train to get a license.

“She didn’t fight me on my idea when I brought it up, but I really don’t think she thought I’d ever pursue it.

“She did ask me to wait until our youngest child was six months old, just because you don’t want a teeny tiny baby around a hawk, even though they wouldn’t be much of a danger to them.”

Maxx and Carol’s partnership can be seen on his YouTube channel: https://www.youtube.com/user/MaxxPowell