An intrepid traveller’s extraordinary bid to walk across the entire world with a stray dog he found on the way has been temporarily halted by the coronavirus pandemic.

Tom Turcich left his hometown in the US four years ago with the aim of walking 25,000 miles across all seven continents.

He has since walked 16,500 miles across 37 countries in six continents with his loyal mongrel Savannah by his side.

The devoted pair have just 8,000 miles and one more continent to complete. 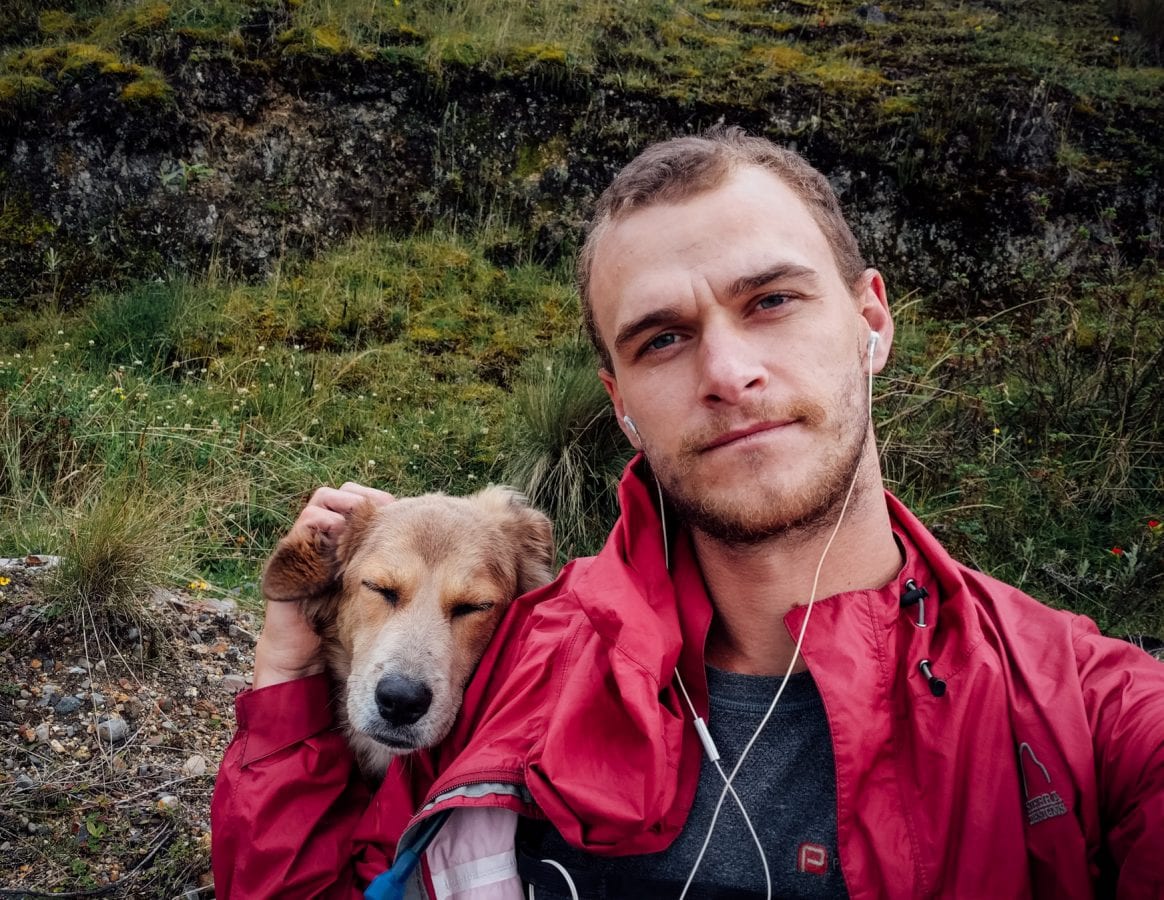 Tom, 31, and Savannah however have both been held up on the last leg of their epic world walk as the coronavirus pandemic led to a travel lockdown in many countries.

Both he and Savannah are currently held up in Azerbaijan as they trek across Asia.

They are waiting the chance to resume travel towards Mongolia and eventually on to Australia, before returning to the US.

Tom’s remarkable adventure begin in 2015 and was inspired after he lost a close friend.

He vowed to walk across the entire world from his home in New Jersey.

He decided to take the mongrel bitch with him initially as protection as the pair crossed into Mexico. 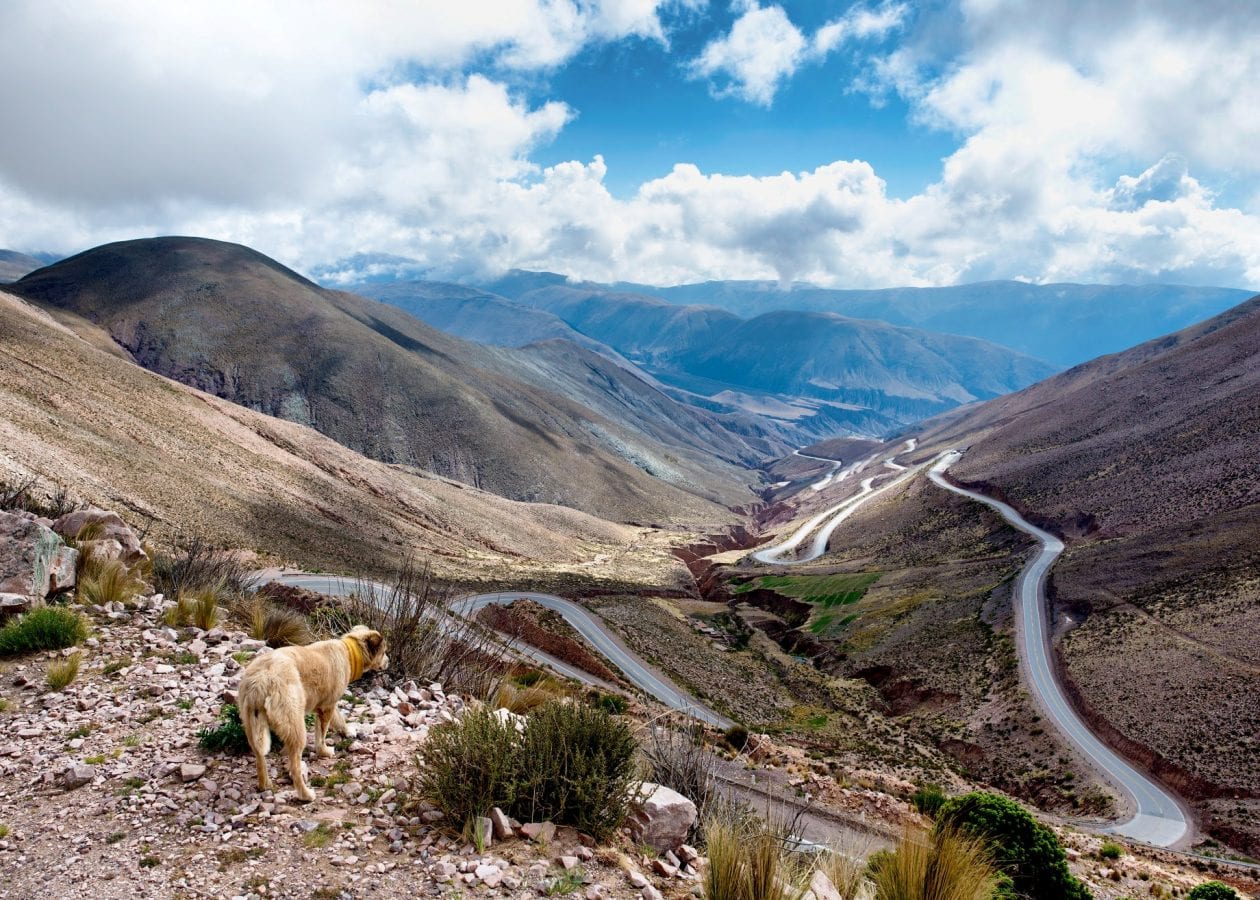 But the pair have since become inseparable travelling companions as they trudged the continents – although he was not able to take her to Antartica.

Savannah, aged five, is set to be the first dog to ever walk the length of the Americas and Tom is hoping she will become the first to walk the world.

Tom said: “The relationship between Savannah and I has evolved over the years.

“When I adopted her in Austin, Texas, I actually didn’t feel much towards her.

“I was hoping she would provide some protection, but after crossing Mexico together, which was a whirlwind for me and basically where Savannah grew up, I realized how much she meant to me.

“Now, after having walked for four years together, having faced nearly every challenge imaginable, my feelings for Savannah have evolved beyond even love and admiration, what I feel for her now is more akin to pride and respect. 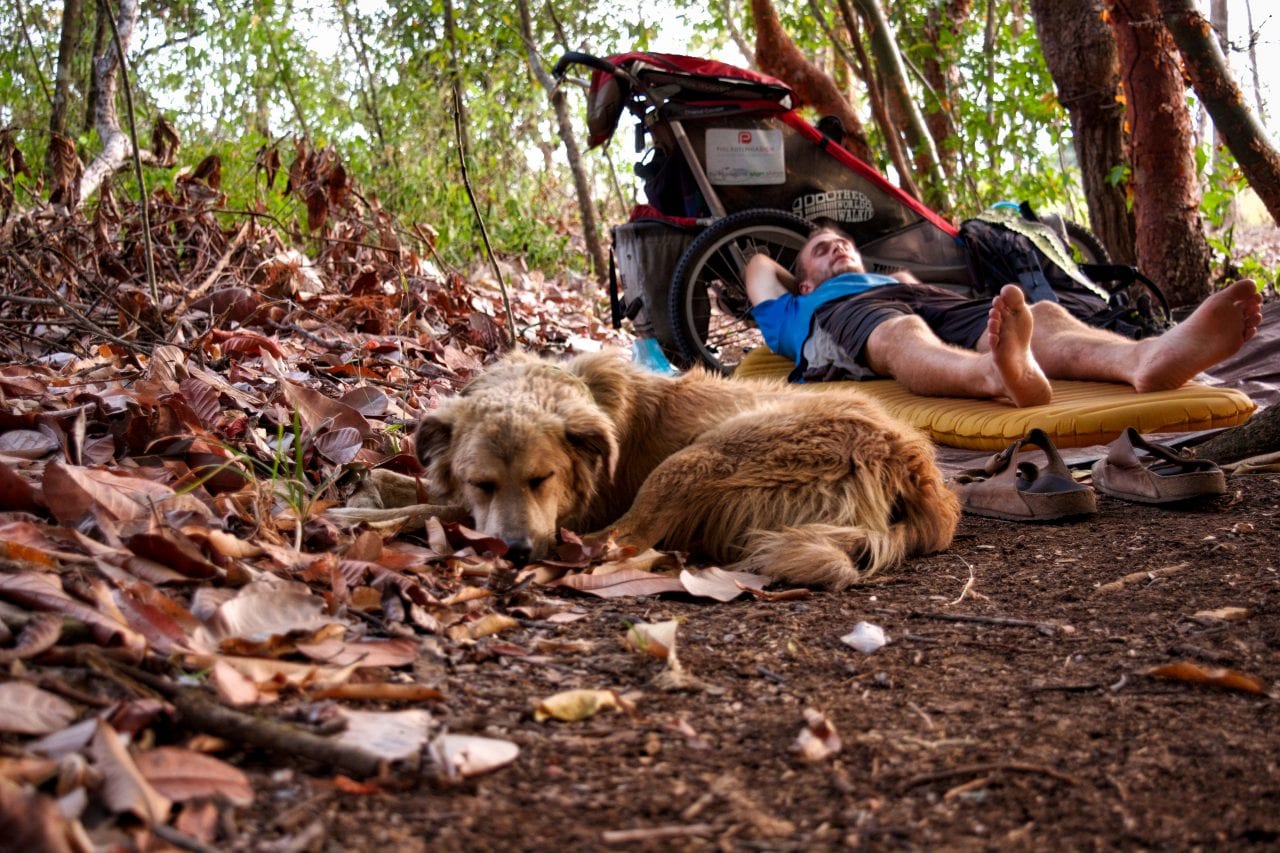 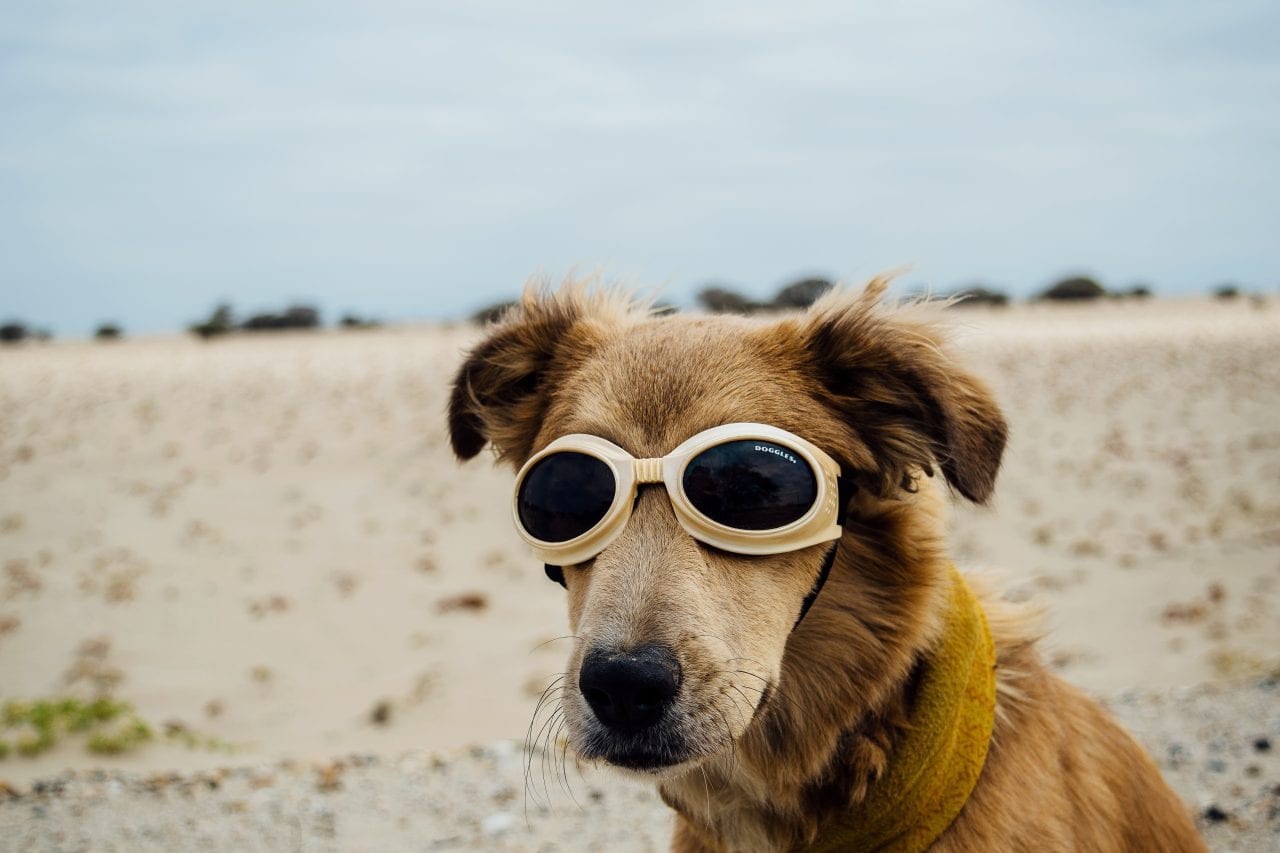 “I have a deep sense of respect for her because I’ve been right there with through it all.

“The challenges Sav and I face vary country to country.

“In places like Costa Rica it was adjusting to the sweltering heat and humidity in the jungle, whereas next year crossing Kazakhstan the challenge will be carefully planning that we have enough water and food crossing the desert between towns.

“There’s also the ever present challenge of finding somewhere to sleep each night.”

“The timing of my plans have been thrown out of wack because of covid-19.

“I thought I had things timed out pretty well that I could reach the capital of Mongolia before winter set in there, but with the month delay that’s seeming unlikely. 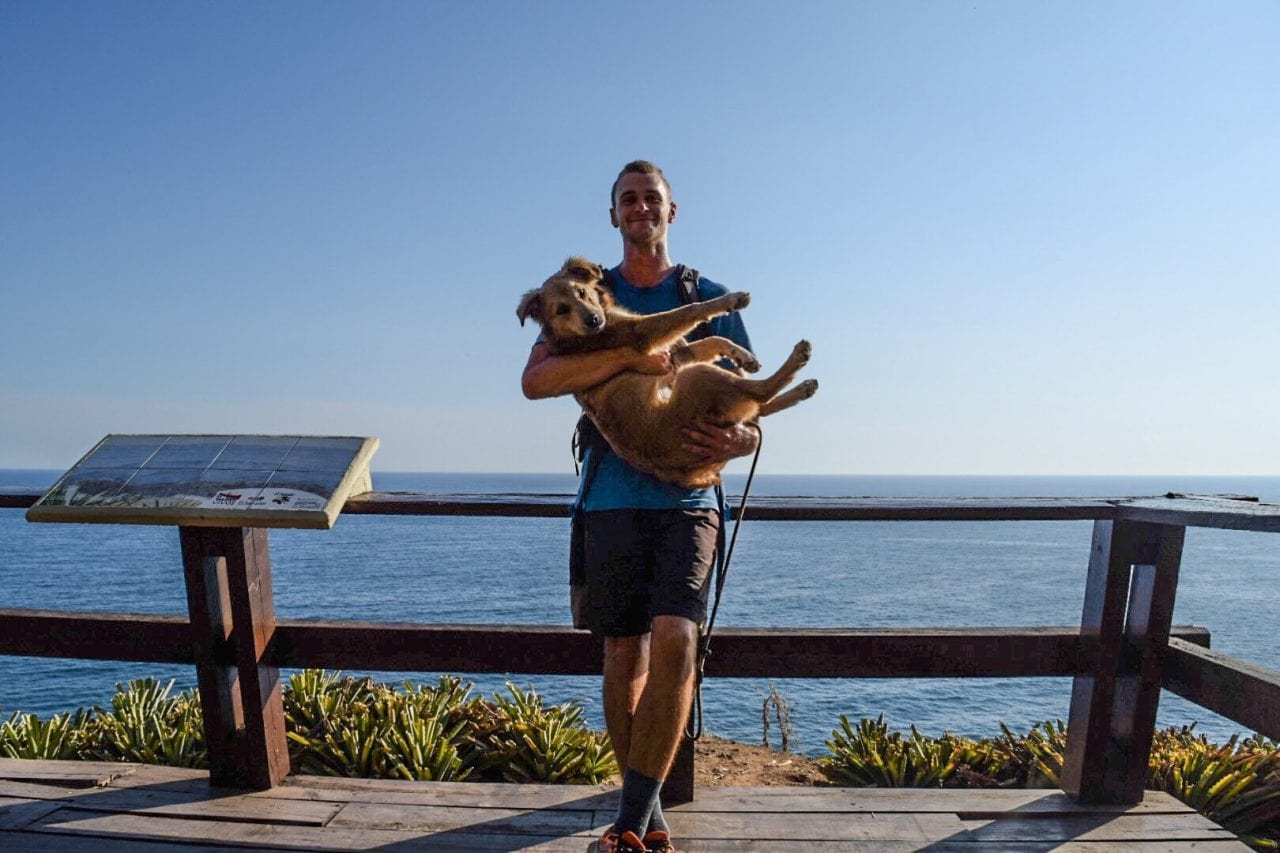 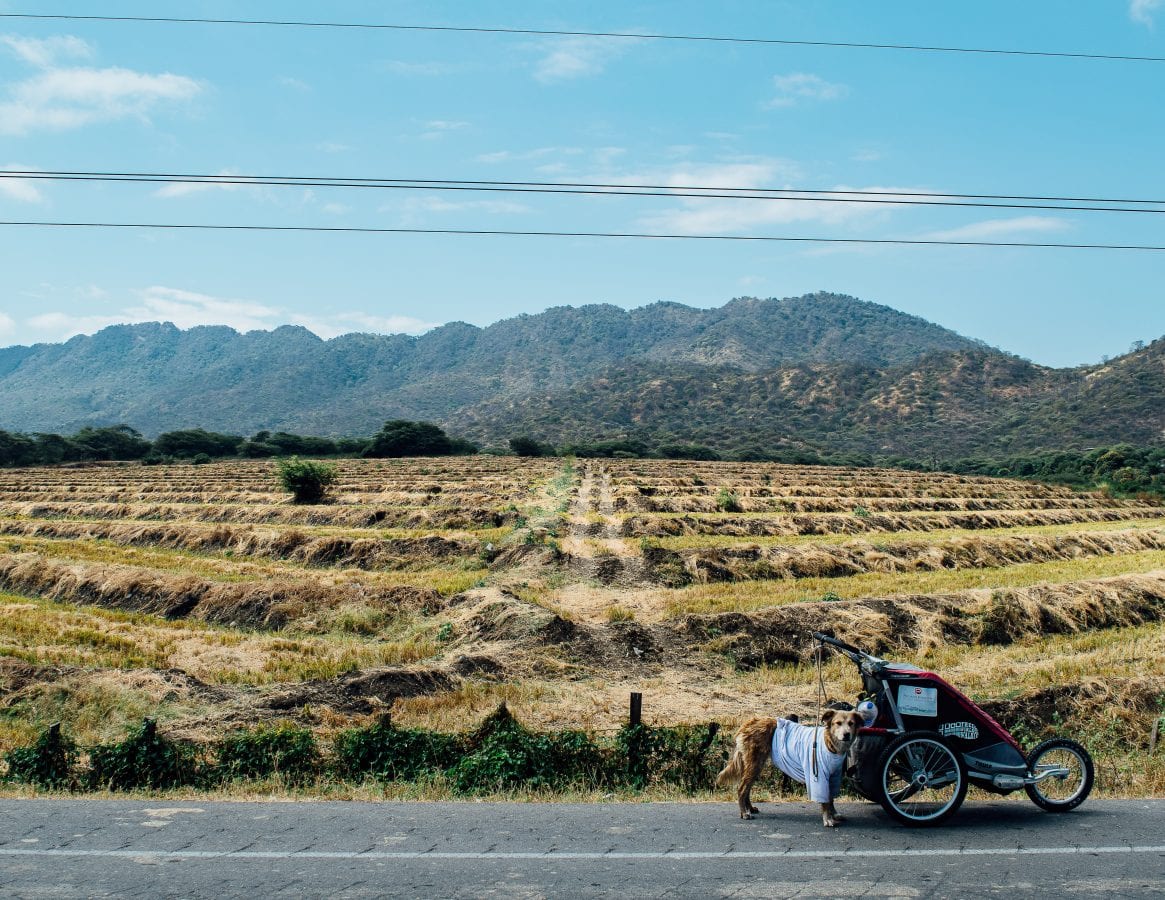 “Either way I’ll push as far east as I can this year, heading into Kazakhstan, Uzbekistan, Kyrgyzstan, Kazakhstan again then Mongolia.

“After that we’ll walk Australia then return home for a six month walk across the US from California to my home in NJ.”

You can follow Tom and Savannah’s travels on IG-@worldwalk