HomeAnimalsMost PopularMeet Peanut and Bubbles! Best friends keeping each other safe by sharing ONE eye 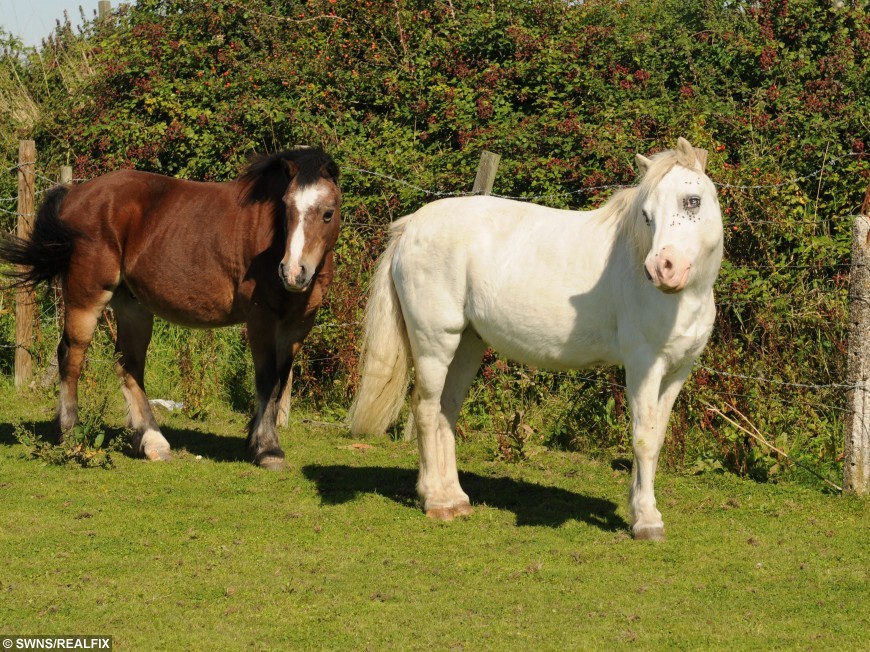 Two ponies with one working eye between them have become inseparable – with one acting as a guide for the other.

Pony Peanut, who only has one eye, has become a full-time carer for fellow nag Bubbles who is blind in both eyes.

The pair are best friends and share their retirement eating, grazing and keeping each other safe at Anim-Mates Animal Sanctuary in Kent. 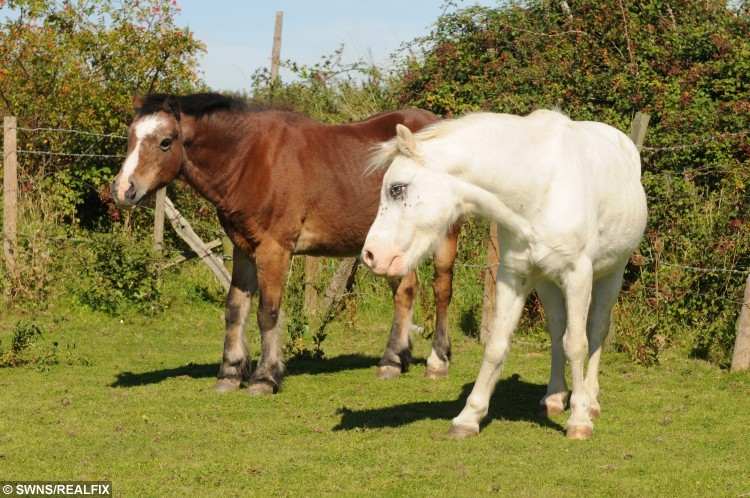 Peanut is brown and Bubbles is white

They love eating polos, apples, carrots and blackberries and they garlic regularly as it is believed to help keep flies away from them.

Peanut, who is 19, arrived six years ago and Bubbles, aged 23, is owned by one of the charity’s volunteers Pauline Thompson.

The pair have been sharing the same field for two years and Welsh mountain pony Bubbles became more reliant on Peanut when his sight deteriorated to total blindness.

Mrs Thompson, who has owned Bubbles since he was three, said: “He could see when they first got together in the field but we noticed there was someone wrong with his eye and we called the vet in and he told us he had a cataract in one and he was blind in it. 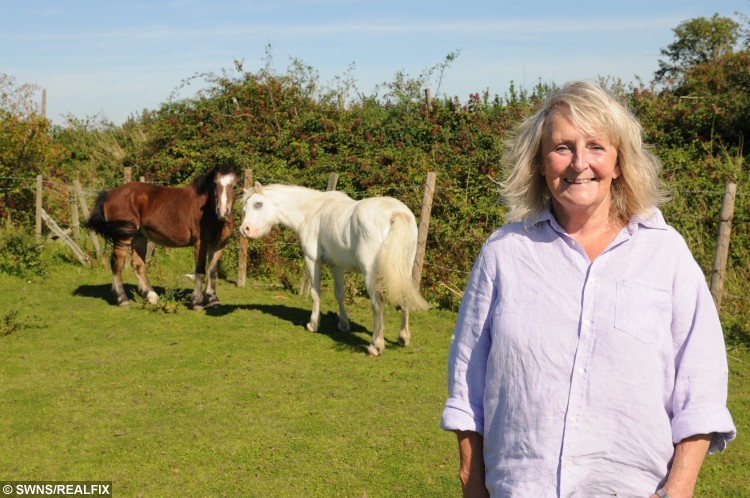 “Later I noticed Bubbles was holding his head to the side a lot and we called the vet back and sadly he told us he now had cataracts in both eyes so was totally blind.”

Bubbles spent his working days teaching children to ride, taking part in parades and he won rosettes at shows.

Mrs Thompson added: “He likes living with Peanut and knows exactly where he is.

“The villagers know he is blind and don’t let their dogs too near to him and respect the fact he can’t see.”

“He retired when he was 16 and even though he can’t see the blacksmith when he comes to do his feet, he copes with it well.

“We just talk to him a lot so he knows we are here and everything in their field is left exactly how it is, it’s never changed so he doesn’t get confused.” 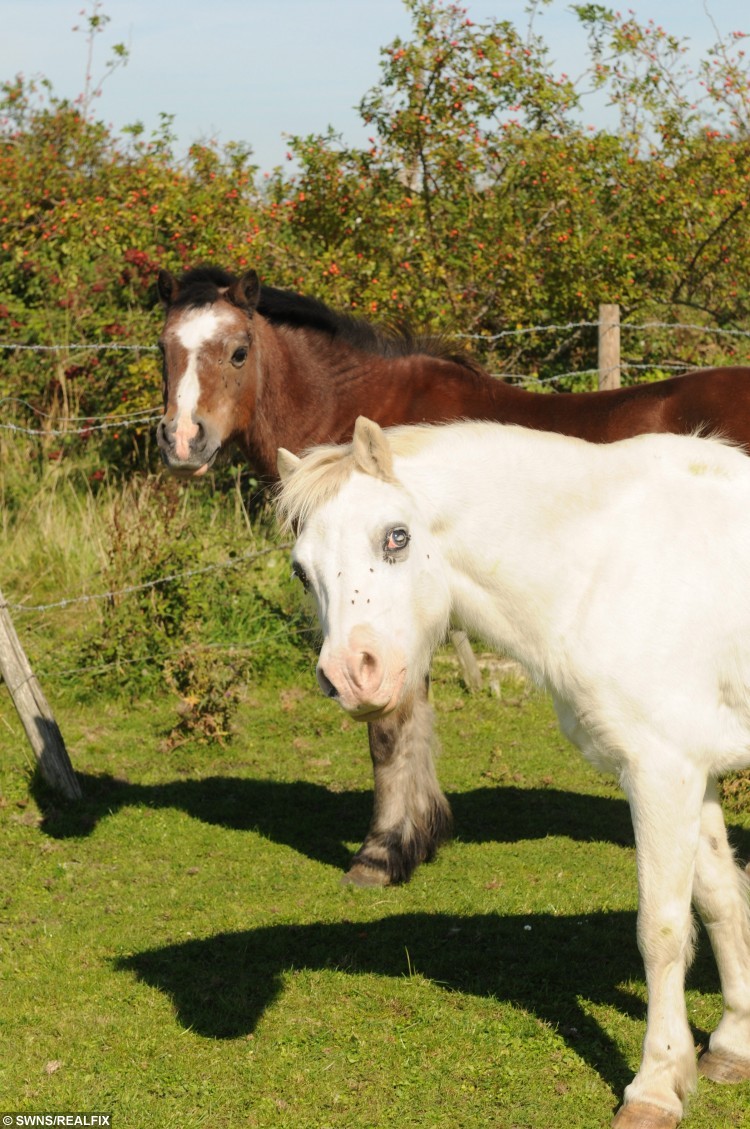 Peanut lost his right eye in an accident with a hawthorn bush.

Owner Teresa Bloomfield, who runs the animal sanctuary, said he would have been put down a long time ago if she had not taken him in.

His previous elderly owner, who had loved and cared for him until he was 13, couldn’t cope with him any longer.

The woman’s family took Peanut to a vet to be put to sleep but the vet asked Teresa to take him.

Mrs Thompson added: “Bubbles senses where Peanut is and they get on well and he has given Bubbles the confidence he needs.

“Peanut is the dominant one, though. and will kick Bubbles if he’s in his way.”

“They enjoy living here. It’s as good as it gets for them and I’ve got to thank Teresa for allowing Peanut to live with Bubbles, he would have been very lonely otherwise.”

All the animals in its care are in the homes of fosterers who treat them as their own pets until they can be re-homed.

Some animals remain at the sanctuary for life and it is run entirely by volunteers and relies on donations. 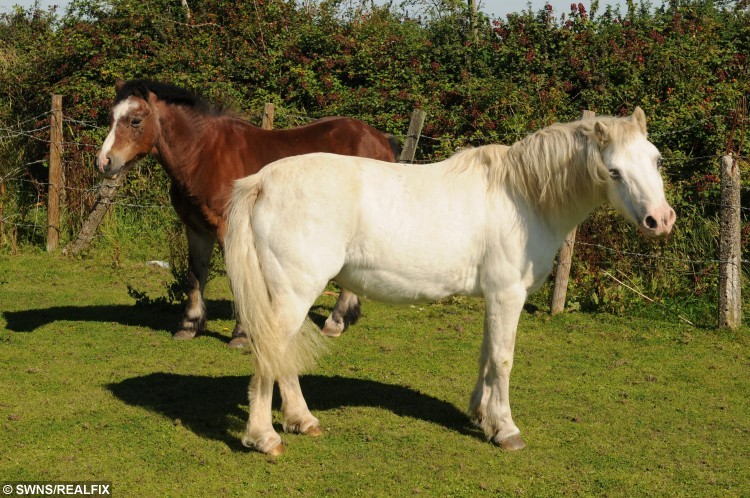