A mum has blasted a zoo as ‘disgraceful’ after staff watched as meerkats – attacked a SQUIRREL.

Mum-of-two Hollye Kirkcaldy was visiting Bristol Zoo with her kids when the rodent fell out of a tree and landed in the meerkat enclosure.

A group of meerkats attacked and tried to eat the grey squirrel during the incident on Monday.

But Hollye was outraged after seeing staff members standing by and watching.

Alongside a picture of zoo staff looking on, Mrs Kirkcaldy tweeted: “Disgraceful @BristolZooGdns keepers lined up to watch a squirrel get attacked and eaten by the meerkats instead of doing something to help when alerted by public.

“Children forced to watch squirrel die slowly in pain. Is that policy?!”

It is thought members of the public alerted nearby zoo groundskeepers, but as they were not zoo keepers they did not have access to the pen and could only watch.

They radioed the zoo keepers and the squirrel was rescued from the jaws of the meerkats but died later on.

The zoo’s social media team responded: “The squirrel unfortunately fell from a tree into the meerkats’ enclosure and their nature is to attack it.

“The people pictured work on the zoo’s grounds and are not keepers. They radioed keepers who rescued the squirrel and took it to the zoo’s vets but it sadly died.”

The zoo denied that anyone was ‘forced’ to watch and suggested visitors could have moved on when the meerkats acted on their natural instincts.

A spokesperson for Bristol Zoo Gardens said: “A grey squirrel fell from a tree into the meerkats’ enclosure and the meerkats attacked it, as is their nature.

“Keepers were quickly alerted and soon removed the squirrel and took it to our vets, but it sadly died.

“The zoo staff in the photo are not keepers and therefore do not have access to the animal enclosures. They monitored the situation until keepers arrived.”

People online had a mixed reaction to the mum’s outrage today.

One wrote: ”Lol my kids would have been fascinated by that…could they have not just moved on with dignity and pride instead of squawking about their fake outrage? ” 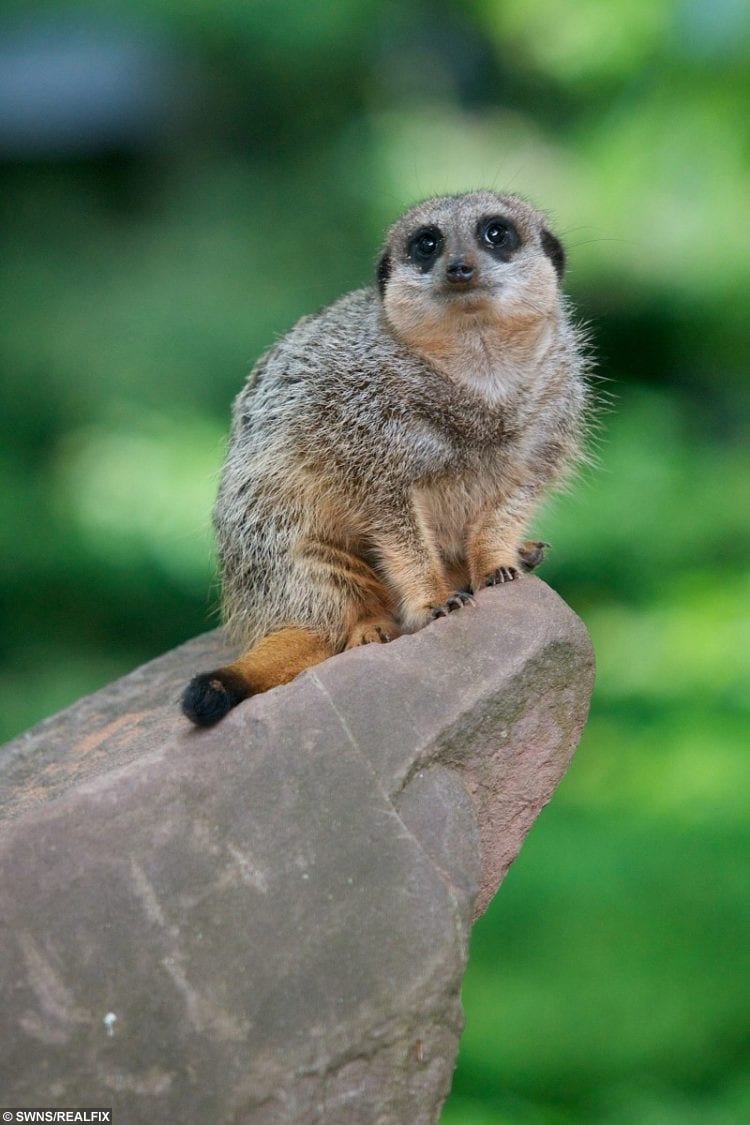 Another added: ”The children were not forced to watch – the dumb parents could walked there kids away from the WILD animals doing what WILD do.”

One poster wrote: ””Kids were forced to see the squirrel die”? Seriously. You think you are going to convince the kids that they are being raised in the magic world of the lollipop?”

Another said: ”It’s a zoo, you can’t blame anyone . Unfortunately that’s nature . And as for the kids being made to watch this Why not take them away from the situation.”

Browner7766 said: ”“Is that policy”? doubt there’s a policy for squirrels falling in to enclosures Get a grip. It’s a zoo clue in the name.”

One said: ””Sergei, does this taste nutty to you?”

One said: ”I’m sure the meerkats would have been horrified to see a child eating a ham sandwich in front of them too…

”One of the primary purposes of a zoo is to allow people to learn and interact with animals they would never usually get the chance to see in an environment that allows the animal to express it’s natural instincts and behaviors as much as possible.

”Meerkats are carnivorous and have the same instinct to hunt as any other carnivore.

”Now, it is possible that witnessing unexpected natural predation might be traumatic for younger children but once you have paid your entry fee to the zoo you are free to roam the gardens as you wish. Use your judgment as a parent. If it would disturb your children, then go to another exhibit and come back later.

”If your children are old enough to understand, then stay. Your choice. You are certainly not “forced” to observe anything at the zoo.”