Victoria Black from Hallglen, Falkirk, has been reunited with her three stolen chihuahuas (L to R) Prince, Coco and Princess after paying a ransom of £500. See Centre press story CPRANSOM; A dog owner was forced to pay a £500 RANSOM for the safe return of her abducted Chihuahuas, fearing she might never see them again. Victoria Black has been reunited with her three beloved pets after they were snatched from her home during a break-in over the weekend. She had reported the matter to the police and offered a reward for any information which would help track down the whereabouts of her "babies". But the dog nappers contacted her by phone, demanding she pay them the cash on the spot during the early hours of Wednesday. Victoria was given a 15-minute deadline and was asked to deposit £500 ransom cash at a bus stop near her house in Hallglen, Falkirk.

A dog owner was forced to pay a £500 RANSOM for the safe return of her three abducted Chihuahuas after fearing she might never see them again.

Heartbroken Victoria Black’s beloved pets were snatched from her home during a break-in over the weekend.

She reported it to police and offered a reward to help track down their “babies”.

But the dog-nappers contacted her by phone, demanding she pay them £500 on the spot during the early hours of Wednesday.

Victoria was given a 15-minute deadline and was asked to deposit £500 ransom cash at a bus stop near her house in Hallglen, Falkirk.

The housewife was then told to return to the scene where she found pets Prince, Princess and pup Coco safely stashed inside a box.

Relieved that her dogs had been returned, Victoria, 43, says: “I got a phone call in the middle of the night.

“They told me they wanted the reward money or I would never see the dogs again. They wanted 500 quid.

“I did as they asked and went to the place they asked me to go to and dropped the cash.

“I had 15 minutes to get this all done from the phone call. They just put them into a box and left them.

“Obviously they could not get rid of the dogs because they were too hot to handle.”

The burglars also swiped a laptop and £400 in cash, but Victoria suspects they had their eyes on the Chihuahuas all along.

They had cut the wires to a newly installed security system, consisting of two cameras, and are thought to have entered through the ground floor window.

Victoria launched an appeal pleading for the safe return of her pooches which was shared thousands of times on social media.

She believes the publicity surrounding the case may have scared the dog nappers and is now “over the moon” to have her pets back before Christmas. 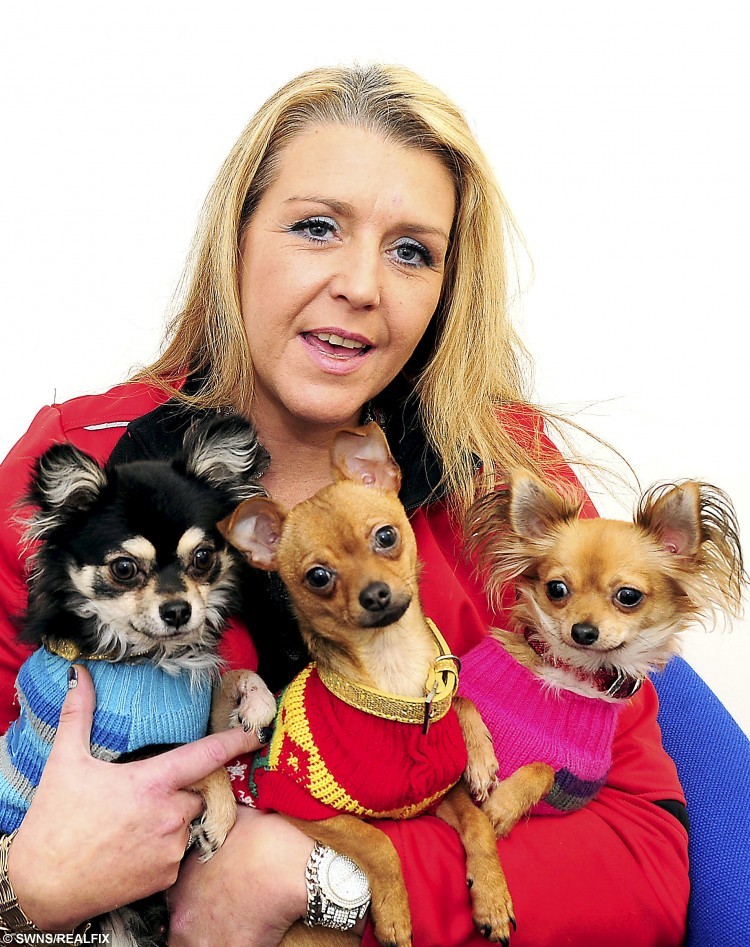 Victoria said: “I always hoped they were alright but there was a doubt there.

“You always imagine the worst – you don’t know how they are being treated or what has happened to them.

“To see them again was just pure relief. It was like an early Christmas present. The dogs mean more to me than the money. I’m just glad to get them back.

“The feeling that they are actually home safe with me is actually amazing. I am over the moon and still get a smile on my face.

“I’m so grateful for everybody’s help. I just want to thank everyone out there for their support. Words can’t describe how happy I am to have them back.”

Victoria also blasted the crooks who are still on the run.

She added: “I think they are the lowest of the low. It hurts me that anybody could go and do something like that.”

Police Scotland are still investigating the incident, which happened sometime between 8pm and 11.30pm last Saturday.

A spokesman said: “Police in Forth Valley confirm the three Chihuahua dogs stolen during a break-in on Saturday, December 12 are now back home.

“The dogs were recovered safe and well in the Hallglen area in the early hours of Wednesday.” 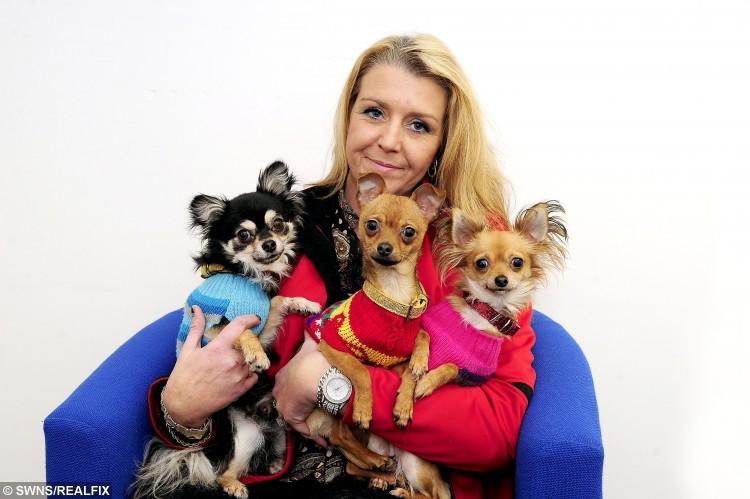 Arnot Wilson, co-founder of Pet Theft Awareness, added: “We are delighted that the dogs have been returned to the owner but are sorry that they had to pay a ransom.

“Along with a number of organisations Pet Theft Awareness does not encourage rewards and payment of ransoms.

“We appreciate that these are difficult decisions, particularly the payment of ransoms.

“Ideally, if there is the prospect of reuniting a person’s pets through ransom and time allows, then we suggest that the individual should alert the police prior the reunification for guidance.

“Not reporting the incident can mean the thief is free to continue his trade. However if he is guilty of blackmail under Section 21 of the Theft Act 1968 he can be liable to imprisonment for a term not exceeding fourteen years.

“With the lack of deterrents for stealing pets, we believe every opportunity should be made to involve the police and get convictions where possible.

“We also believe that the introduction of compulsory microchipping of dogs on April 6 2016 will be a deterrent but only if accompanied by compulsory scanning.”

You really don't want to mess with this blood-thirsty bunny