The owner of a British zoo which starred in a Hollywood film has hit back at animal cruelty claims over guests playing ‘tug-of-war’ – with a LION.

Dartmoor Zoo launched the “human vs beast” challenge earlier this month – charging visitors £15 to try and wrestle meat from the jaws of a lion or tiger.

But some claim the practice is cruel, and a petition was launched to ban the activity at Dartmoor Zoo in Devon.

Owner Benjamin Mee, who was played by Matt Damon in the 2011 film We Bought a Zoo, insists the activity is good for the big cats and mimics life in the wild. 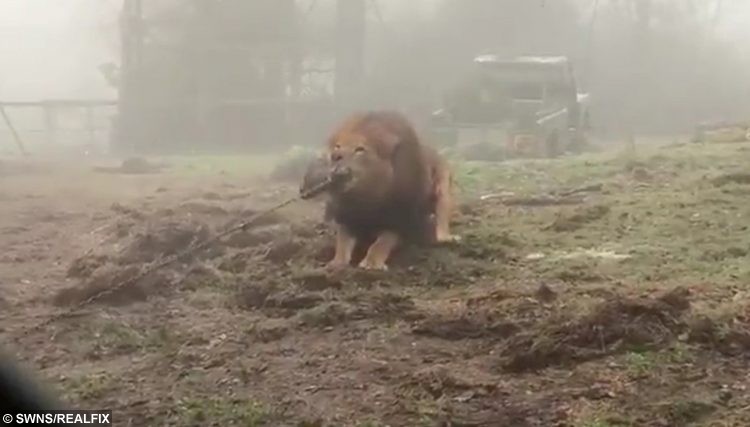 Benjamin, 53, who bought the zoo in 2006, said: “People are making a fuss about nothing. I think this is 100 per cent the right thing to be doing; the lion loves it.

“One of the problems people have potentially raised is the lion doesn’t get fed unless he wins, but obviously that isn’t the case.

“Another issue is around his teeth – well, have you seen pictures of lions tugging at wildebeests’ faces?

“Their teeth are really strong – they are not coming out.

“But that’s nature isn’t it, it’s gruesome. In the wild the level of force a lion puts its whole physique through is considerably more than we can replicate.

“They do genuinely tug with other animals over carcases and one of the things for him personally is he understands it’s for his benefit.” 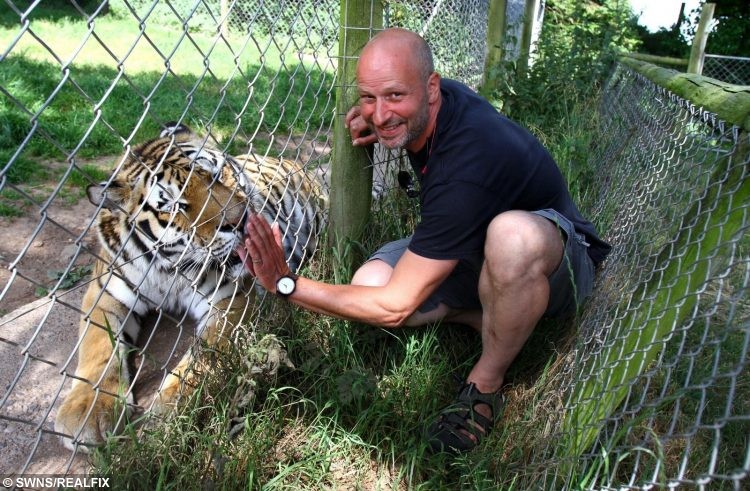 Visitors to the zoo form groups of four and take on either the zoo’s male tiger, Dragan or their male lion, Jasiri.

A video of the tug-of-war challenge has been shared online, which shows the lion taking part in the activity under its own free will.

Since the petition was launched it has gathered nearly 2,000 signatures, with the petition’s author Sue Dally claiming the zoo “is acting more like a circus”.

The petition says: “Dartmoor Zoo are selling tickets for £15 each to have a tug-of-war with a captive lion or a tiger.

“It’s cruel and shows a total lack of respect for these beautiful majestic wild animals.

“It feels like we’re going backwards, the zoo is acting more like a circus rather than somewhere that really cares about the health and safety of the endangered animals in their captivity. 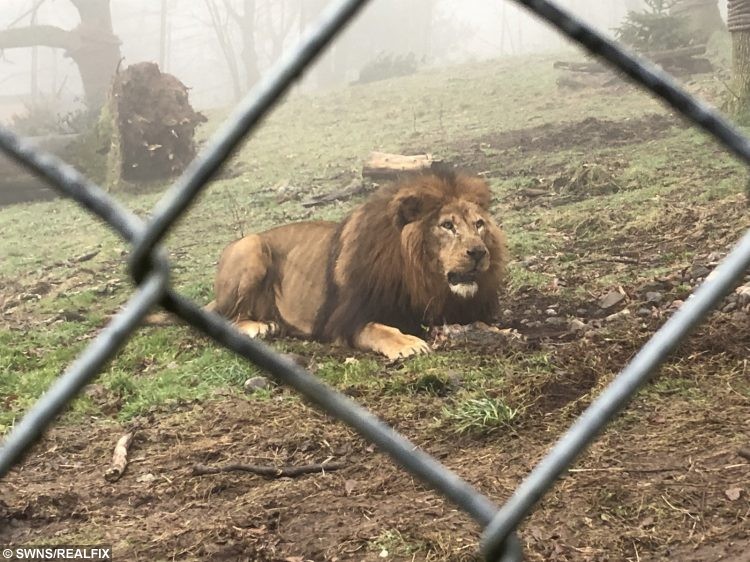 “The zoo claims it’s to give the animals intellectual exercise and fun, but it comes across as putting profits before the animal’s welfare.

“There are plenty of ways that experienced professionals can care for the rare animals, without turning them into a novelty plaything for tourists.”

The petition adds the attraction comes across as the zoo “putting profits before the animals’ welfare”.

Benjamin said the experience will carry on as normal despite the petition, adding it would be “bitterly ironic if animal rights campaigners stop animals getting enrichment in zoos”.

He continued: “I will not be persuaded not to do the activity unless someone provides me with evidence against it, and I would be amazed at that.

“I understand some of the criticism is around it being a form of public entertainment, and we are being paid to entertain crowds, but it is engagement at its purest form. 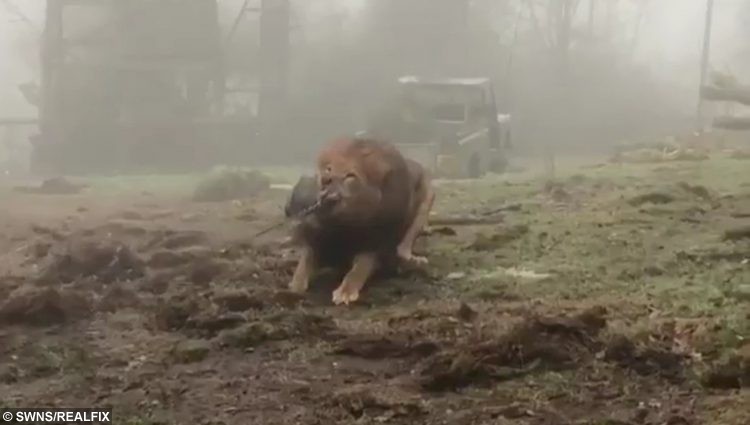 “People get a real appreciation of the power of the animal, which you just can’t get from a documentary.

“Yes we make money from it, but we are a charity and the lion house is 30 years old and needs upgrading.

“We are coming out of the winter season into the summer circus now to start paying for renovations, and this is going to help.”