A pair of very rare pigs are going up for adoption from a breed that was being threatened with extinction until eight years ago.

Ava and Doris are two fully grown female Kunekune pigs, which the RSPCA rescued from unhealthy living conditions in Kent.

The adorable duo, believed to be around ten, were found in a “very sorry state with lots of issues, and no enthusiasm for life”.

They were severely underweight and suffering from a painful, untreated condition on their rear legs. 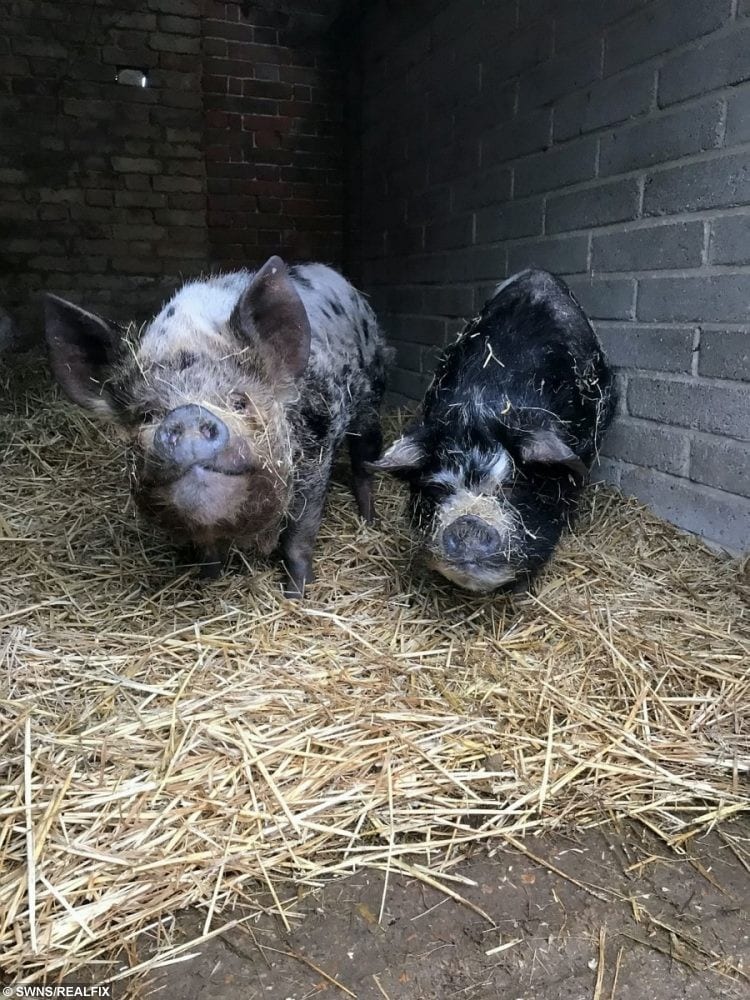 Originating in New Zealand, the breed nearly became extinct in the 1970s with only 50 purebreds known to be alive.

Still classified as rare, Kunekunes – meaning ‘fat and round’ in Māori – are small domestic pigs and typically kept as pets because of their docile and friendly natures and size.

According to the New Zealand Kunekune Association: “The typical Kunekune nature is of a sociable placid pig that likes close human contact.

“They are intelligent, resourceful, and affectionate, with a passion for food and a good scratch.

“Although boars can be aggressive to each other or if a sow is in season, Kunekunes are usually very trustworthy, easy to handle, and safe to have children around.” 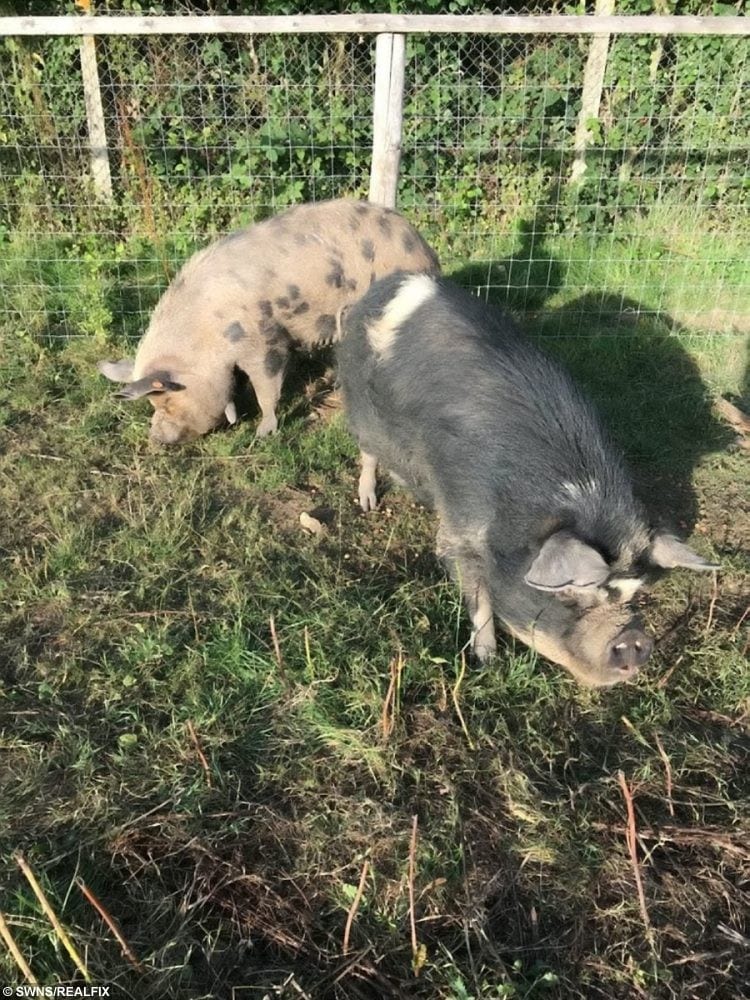 Ava’s and Doris’s condition has improved dramatically since they were rescued and now the RSPCA wants to find them a suitable “forever” home.

RSPCA inspector Ellie Burt said: “When the pair came into our care they were in a very sorry state with lots of issues, and no enthusiasm for life.

“But following months of care and loving treatment by the centre which has been looking after them, their personalities are now really shining through.

“They are now much more mobile and love to jump up at the gate when you go to visit them.

“I am really hopeful that there is someone out there with a smallholding or a farm that would be happy to take on this pair so they can live out the rest of their lives in comfort.

“They have the most wonderful characters and really deserve a second chance.” 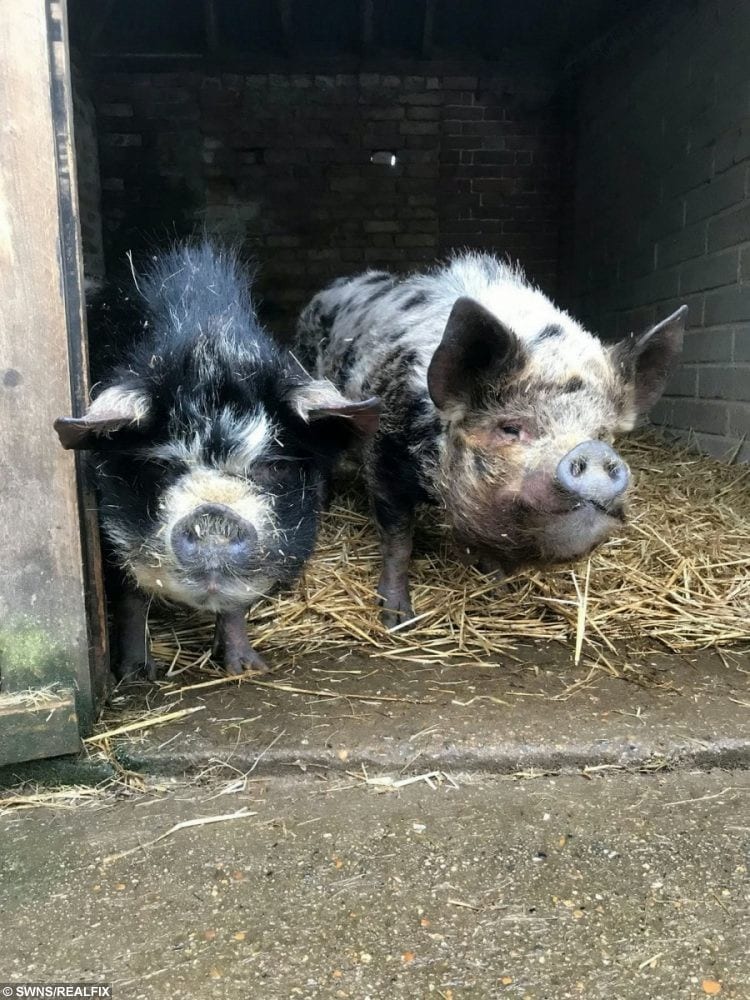 The animal charity said it’s “essential” that their new adopter has experience of keeping pigs to make sure they can provide everything they’ll need to be looked after properly, as well as knowledge of the laws associated with keeping pigs such as what they can and can’t be fed.

Their new owners will also need to register their land to keep pigs if they haven’t already done so, and follow the required laws to transport them.

To be properly cared for, the pigs will need a large designated space just for them where they can wallow in mud to cool down in the summer, and a pig hut full of comfy straw in the winter to “snuggle up inside and keep cosy”.

As of 2010, Kunekunes no longer face extinction, with breed societies in both New Zealand and the UK.

The pigs, which on average live until the age of 20 and weigh between 60 and 200kg, are numbered in their thousands thanks to a recovery breeding programme.