A dog paralysed in a road accident has been given a new lease of life thanks to a state-of-the-art PEDAL chair which helps her run again.

Puffy a Chinese Crested pooch lost the use of her rear legs when she was struck by a car in January 2015 just days after getting her new home.

It destroyed the nerve connection to her hind legs and there was nothing that TV’s Supervet could do to save her legs. 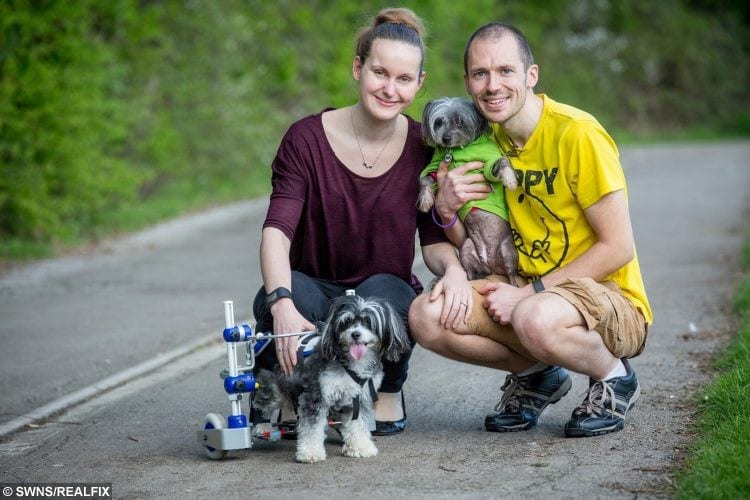 But owners Michael and Danielle Cass refused to give up on their disabled pet who had belonged to Danielle’s mother Jo before she did from cancer.

Puffy had six weeks of intensive physio and hydrotherapy before returning to home where Michael’s dad had built a DIY wheelchair using plastic plumbing, cart wheels and a harness.

But while it helped seven year-old Puffy get around it also created further problems and they decided they needed to find an alternative mode of transport.

In December after a checkup at the Fitzpatrick Referrals vets, where Channel 4 film The Supervet, they were told about a new state-of-the-art wheelchair. 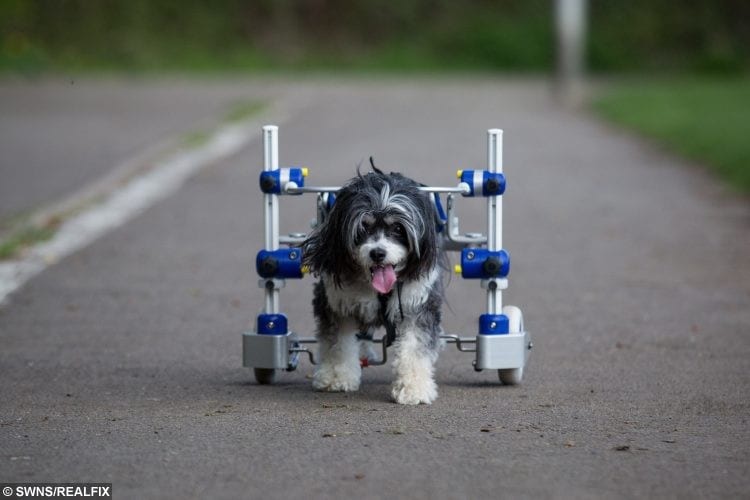 It promised to make walking easier for Puffy while helping rehabilitate her hind legs – but it cost £1,500.

Michael and Danielle set up a crowdfunding appeal which was picked up by their local newspaper the Newbury Weekly News and they soon hit their target. 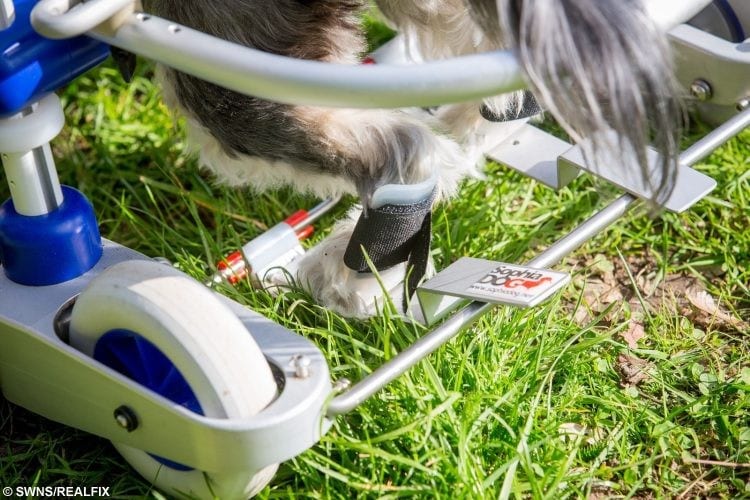 Puffy is now far more mobile thanks to the pedal cart from Kerdog.

Her front legs drive the wheels which are connected to her rear legs, giving the impression she is pedalling along. 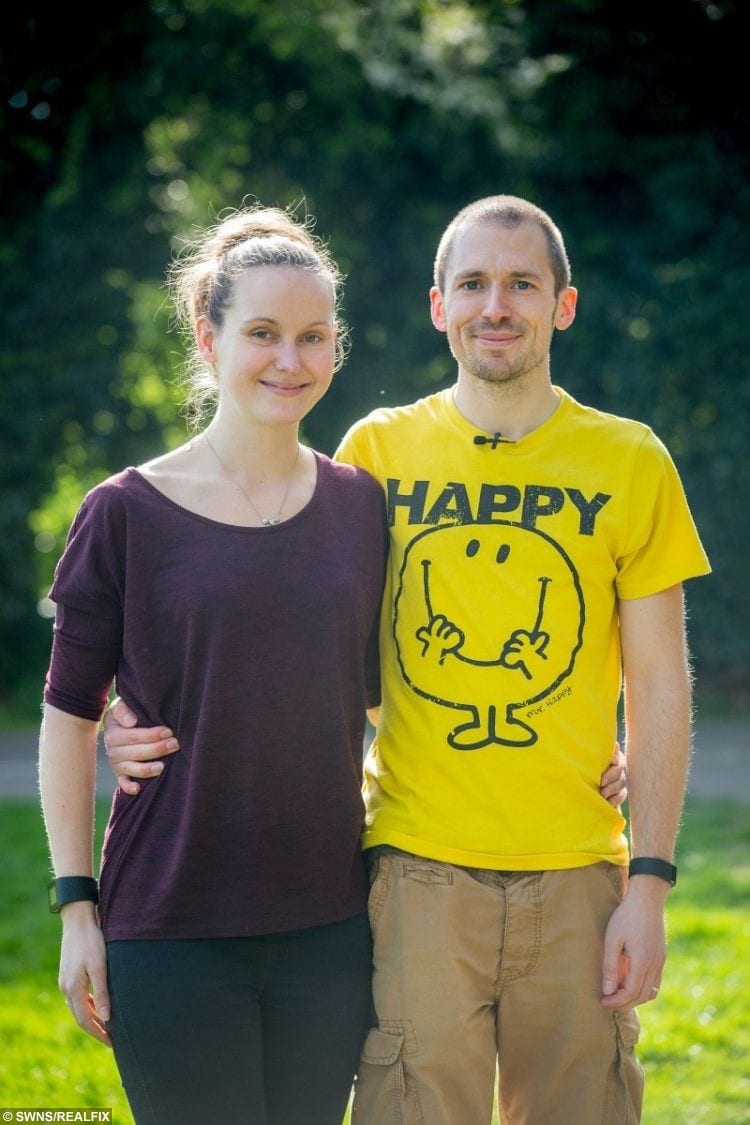 While it is an unusual sight to see a dog pedalling, her legs are still paralysed but the movement helps to keep the legs toned and prevent muscle wastage.

Puffy has now been described as having a new lease of life. As she now puts less weight through her shoulders she is less likely to suffer arthritis in the future.

Michael, 29, from Thatcham, Berkshire, said: “The prognosis wasn’t great. We were told we could either put her down or see how she gets on with her condition. 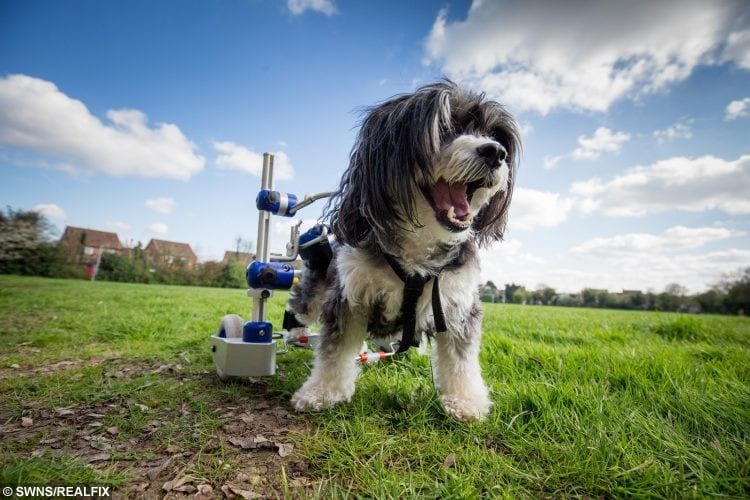 “She seemed so willing and determined to carry on and happy within herself. We had the connection back to Jo so we wanted to do everything we could.

“She’s really enjoying life so we’re really glad we put the effort in to do all we could for her.”

He added: “We were completely overwhelmed and humbled, by not only the number of donations we received, but how generously people we’re giving.

“There seemed to be a real love for Puffy and a desire to help. We’re so thankful for everyone’s support, they’ve made a really big difference to Puffy’s life.

“This will hopefully help reduce the likelihood of her front legs developing arthritis or other complications, as losing the use of them would be too much for her to continue.

“It’s therefore very hard to express how we feel, as everyone’s donations help and support have meant that Puffy should have a more normal life expectancy and we’ll have our little fur baby around for a long time to come yet because of it.

“It really helps restore your faith in humanity that so many people who we or Puffy have never met, cared and were willing to donate with so many other causes vying for peoples support.”

Woman-Beating Brute Jailed After Posting Gloating Selfie Outside Of Court