A police dog that caught dozens of criminals over a glittering six-year career was thrown a retirement party by his force – complete with a K-9-friendly cake.

Buck, a seven-year-old German Shepherd, has been cracking down on crime with Clearwater Police Department since graduating patrol school in May 2012.

The crime-busting pooch spent two years using his sharp sense of smell to track down criminals who had fled burglaries and car wrecks before specialising in explosive ordnance disposal in August 2014. 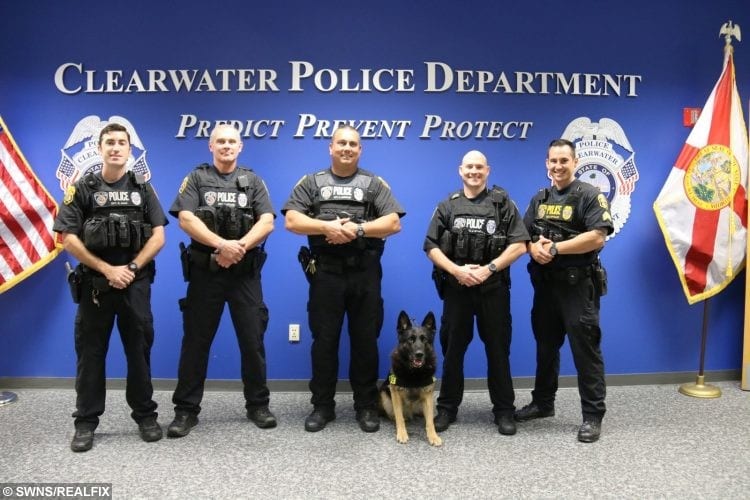 Despite Buck’s dedication to the community in Clearwater, Florida, the taxing nature of the job took a toll on his back, which has been causing him pain in recent years.

With heavy hearts, the force decided an early retirement was the best option for his health.

On July 4, the police pup did his final sweep of Coachman Park and made sure the area was safe for the department’s annual Independence Day celebration.

To celebrate his important life change, Buck chowed down on a dog-friendly retirement cake in front of his esteemed colleagues.

Paying tribute to the pooch on Facebook, the Clearwater Police said Buck helped catch a “bevy of bad guys” and was “directly responsible for dozens of arrests”. 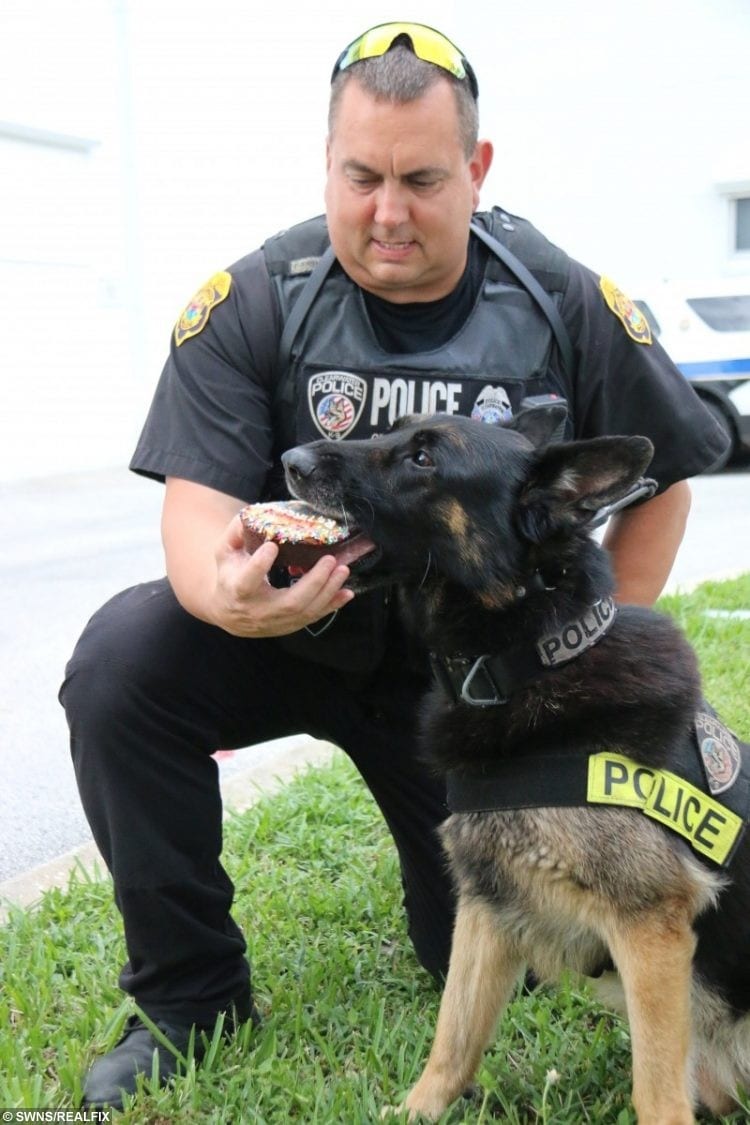 Spokesman Rob Shaw said Buck will be missed by colleagues in the department.

He said: “He was just a young pup when we got him.

“Usually we get about eight years out of them but it’s really hard work.

“Buck’s main role in the force was to help apprehend suspects. When a suspect fled a car or a burglary Buck was really great at tracking them down.

“He was also trained in explosive ordination, and he was a key member of the team at large scale events to make sure everyone was safe.

“Buck began to have some medical and health problems these last few years, mainly with his back.

“Retirement is the best option for him but he will be very missed. He has such an amazing personality.

“We had an unofficial celebration for Buck at our July 4 party.

“He made sure everything was safe for all of our officers by sweeping the park before everyone got there.” 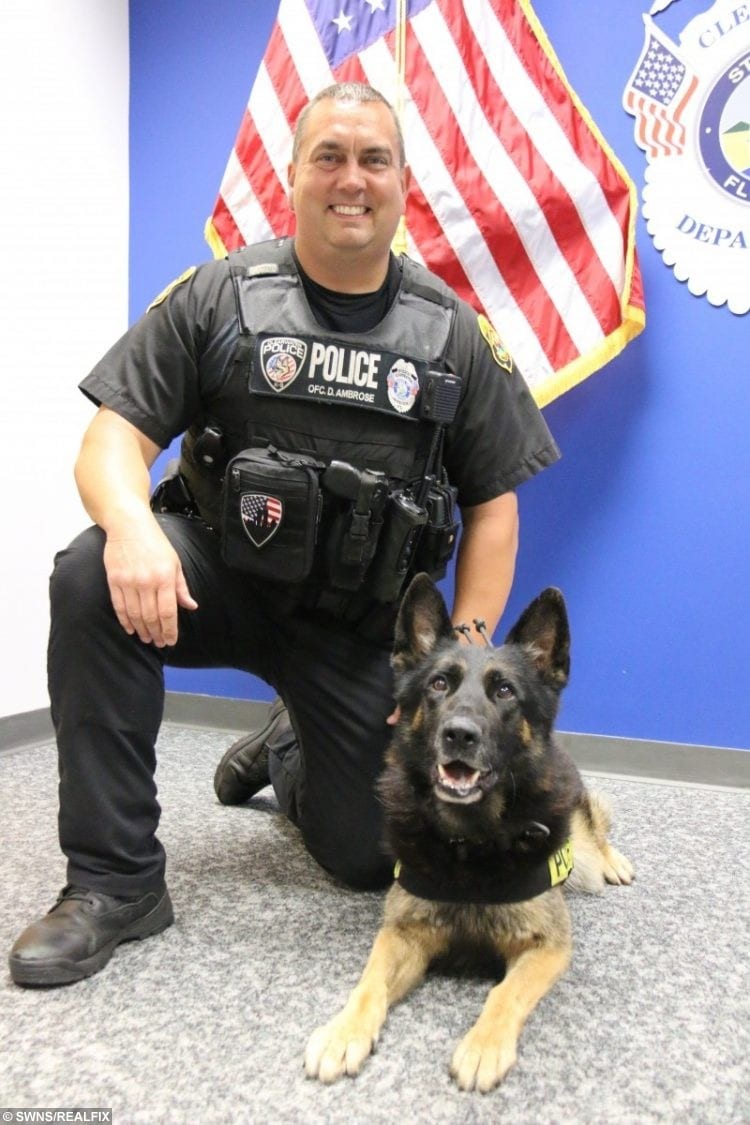 Buck lives with his colleague Officer Doug Ambrose and Rob said he can finally enjoy the perks of being a dog full-time.

“It’s a good feeling to know that Buck will just be able to take it easy now, and chase squirrels around like a normal dog.

“The good thing about these dogs is that they live with an officer, and Buck will remain with Officer Doug Ambrose and his family to live out the rest of his days.”