A woman has warned dog owners to be aware of killer mushrooms after her pet pug died when he ate some in their garden.

Excitable one-year-old pug Hugo had been playing in the garden before he ran inside being sick.

His devastated owner Samantha Catanach, 29, told how he fell unconscious so she rushed him to the vet.

Despite receiving extensive treatment at the vets, pup Hugo died from the toxic mushrooms, called inocybe and clitocybe which both contain the poison muscarine.

Mrs Catanach, who had only lived in her home in Hessle, East Yorks., for a month, said toddlers and other dogs were at risk from eating the mushrooms, which grow in most gardens.

“Hugo was just looking in the garden with our other dog,” she said.

“He came in from the garden and began vomiting. I knew straight away he was very ill, because he was hallucinating and his eyes were stunned.

“He was not reacting to me or anything. I was trying to help him and was blowing on him to keep him awake so he didn’t die on me.”

Mrs Catanach, who found traces of the fungus in her pug’s sick and throughout her garden, said she wanted other people across the city to be aware of the danger.

“These mushrooms can kill and it’s not widely known about,” she said.

“It seems that they are in a lot of gardens in Hull because my parents and friends have found them in their gardens since. They grow in the grass and next to specific trees but they are really hard to see them under the grass.

“If a toddler got hold of one when they were playing outside, it could kill them. Children, anyone playing in the garden could be at danger if they put them in their mouth or something.

“People need to know about them.” 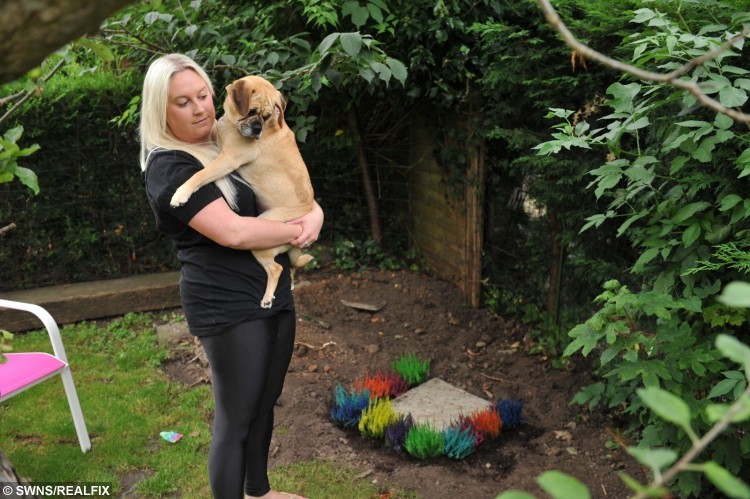 Mrs Catanach, who owns another pug called Alice, said the family had been left distraught by Hugo’s death.

“Hugo was like a baby and was with me all the time, so it is gutting. We need to get the word out, because the more I started to read about these mushrooms the scarier it gets.

“They are very toxic, and it’s even worse you can’t really see them.”

Man who once weighed 26-stone spends £15,000 on complete body tuck to get rid of a stone of excess skin

Man who once weighed 26-stone spends £15,000 on complete body tuck to get rid of a stone of excess skin