These stunning images show the amazing bond that has developed between a photographer and a fox.

Iza Lyson, 20, has formed such a strong relationship after snapping the vixen in her forest home that it even lets her HUG her.

Rather than flee from the camera, the curious fox seems happy to pose in front of the lens.

Iza said: “She likes me very much. I’m the only photographer that can hug her.

“I think that it’s because of my big experience in work with animals and empathy for them.

“It’s better for me to work with animals than with people. I guess that’s because they can’t hide their emotions so I can understand them more easily.”

Iza, who lives in Krakow, Poland, came across the fox, which she later named Freya, while out walking.

She said that photographing Freya had some challenges and she had to keep in mind that she is a wild animal.

Iza said: “She was aggressive at first but with a bit of patience, time and a lot of work, she became more friendly.

“I love to photograph Freya, but it’s a real challenge. I had to remember that she was a wild animal, who did what she pleased. I have to adapt constantly to take her in her best profile.

“But foxes are curious by nature, so there wasn’t problems with getting close to Freya.” 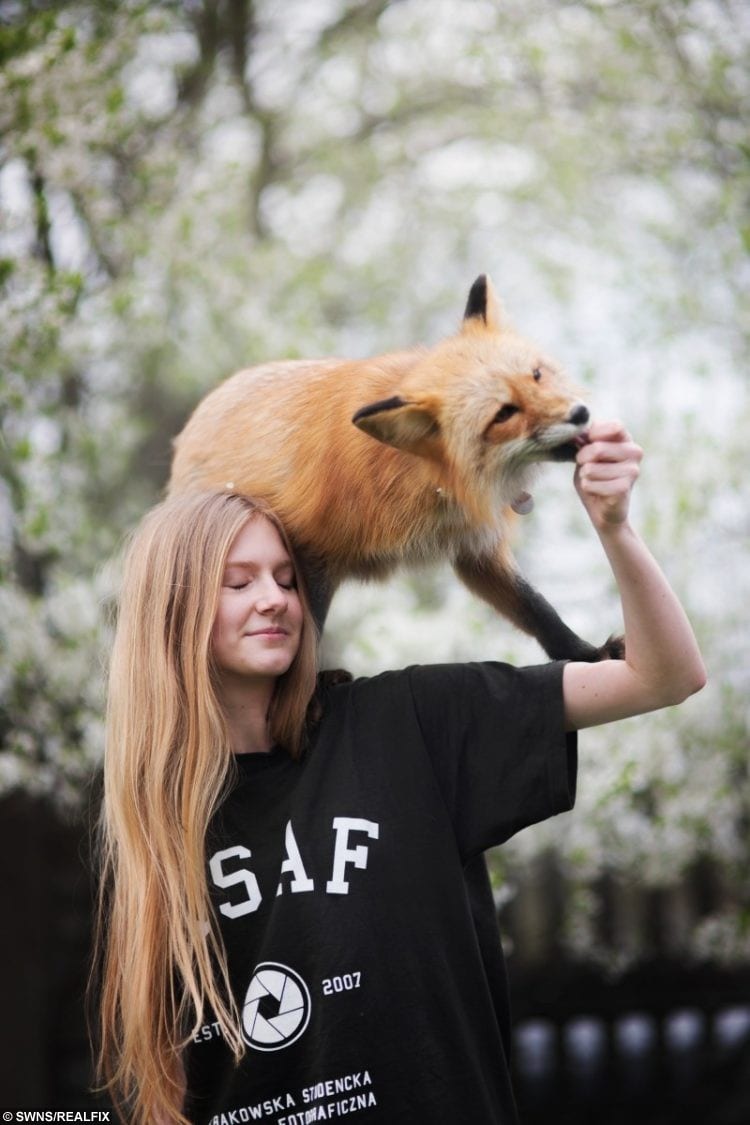 Iza, who is used to photographing her own dogs, believes she has special relationship with animals as they often form a close bond with her.

Iza said: “I just love to work with them and they feel it, that makes them want to cooperate with me.

“People that I meet on photo sessions say that I have great connection with my four-legged models.

“My favourite animals are dogs, foxes and wolves, but I’m also fascinated with big cats and others wild animals.”