Puppy born with deformed front paws gets around like a T-Rex!

Ruben the dog who was rescued from Romania after being born with only two working legs. See SWNS story SWREX; A super cute puppy hasnÃt let being born with deformed front paws get in the way Ã by running around like a T-REX. Adorable Reuben is forced to get around by standing on his back legs and running around like a dinosaur Ã holding his deformed front paw like a tyrannosaurus rex forelimb. The happy pooch was rescued by British charity Safe Rescue for Dogs from a certain death in the same Eastern European village where kangaroo-hopping puppy Roo was saved earlier this year. Charity worker, Zoe Hare, 42, said: ÃRuben knows no different and doesnÃt understand there is anything wrong with him. ÃHe throws himself into everything with the same gusto as puppies with four legs.Ã

A super cute puppy hasn’t let being born with deformed front paws get in the way – by bounding around like a T-REX.

Adorable Reuben is forced to get around by standing on his back legs and running around like a dinosaur.

He holds his deformed front paw like a tyrannosaurus rex forelimb, and using his tail for balance.

The happy pooch was rescued by British charity Safe Rescue for Dogs from a certain death in the same Eastern European village.

Charity worker, Zoe Hare, 42, said: “Ruben knows no different and doesn’t understand there is anything wrong with him.

“He throws himself into everything with the same gusto as puppies with four legs.”

Ruben gets about by stomping around like a dinosaur and bounding about – to the delight and confusion of passers-by. 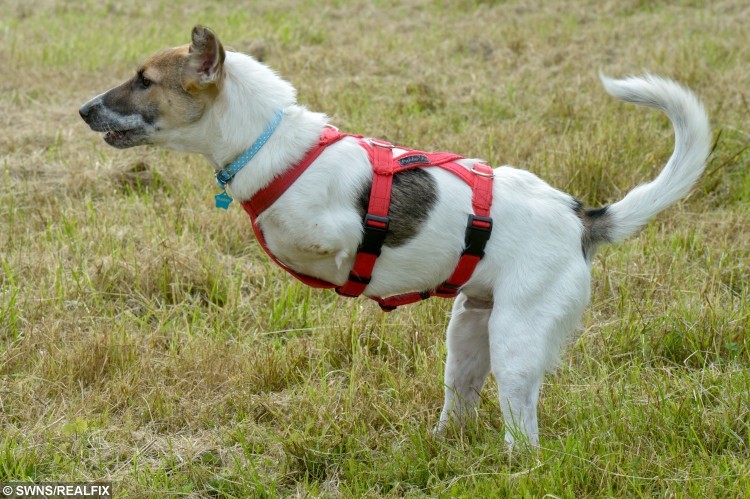 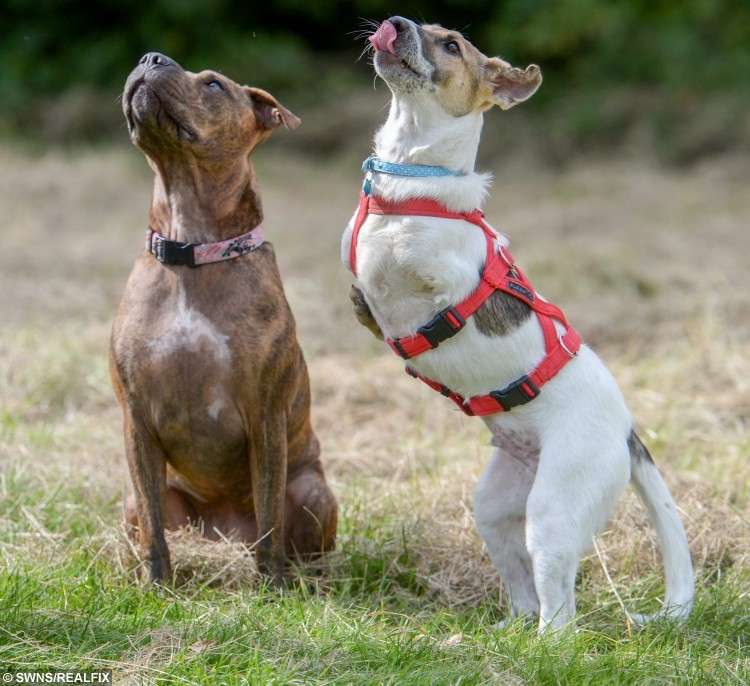 Owner Karen Stanway, 31, adopted the happy pooch from and is hoping a pair of wheels will give him a renewed lease of life.

The mum-of-one, who worked as a veterinary nurse before taking time off to look after her daughter, fell in love with seven-month-old Reuben before she had even met him.

The two-legged puppy was saved from Romania by charity, Safe Rescue, and posted an ad to find him a new home.

She said: “He is so adorable, we only got him last Saturday and he fits in so well.

“He plays with my other dog, Ally, and goes for walks despite his disability.”

Karen explained that despite his bubbly personality she regularly gets strange looks from passers-by.

She said: “When we take him out, people give us dirty looks sometimes.

“I’ve heard someone mutter under their break that he should have been put to sleep but he’s such a happy dog and he doesn’t know there is anything wrong with him.”

Karen added that despite his enthusiasm for life, Reuben, a Jack Russell Collie cross quickly tires from the extra energy exerted from using only his back legs.

She said: “It was a few weeks between the times that I enquired about him and actually got him so I sat down to prepare ramps, gates and came up with as many ideas as possible to improve his life.

“He’s only a baby and he is desperate to run around, so a set of wheels is the best option for now.”

Karen said that the puppy is “completely devoted” to her five-year-old daughter, Penny.

She has set up a crowdfunding page to help with donations for his wheels, but is only asking for £500 from strangers.

She added: “We are desperate to see him have the freedom he deserves – he is such a special and happy boy and for all he’s been through deserves this chance.” 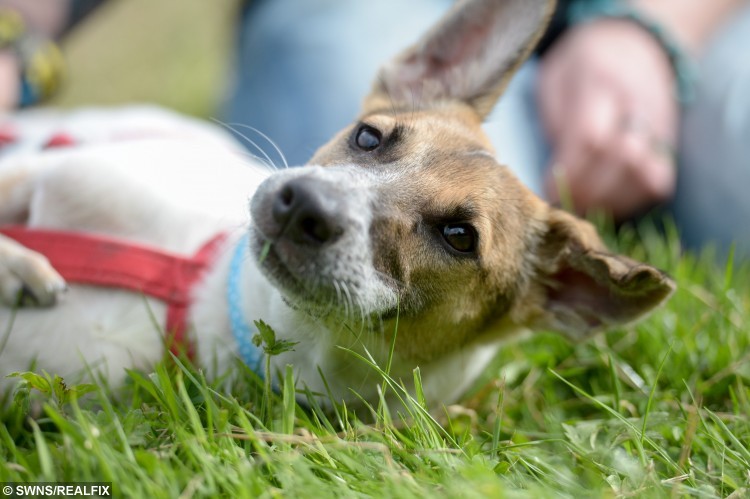 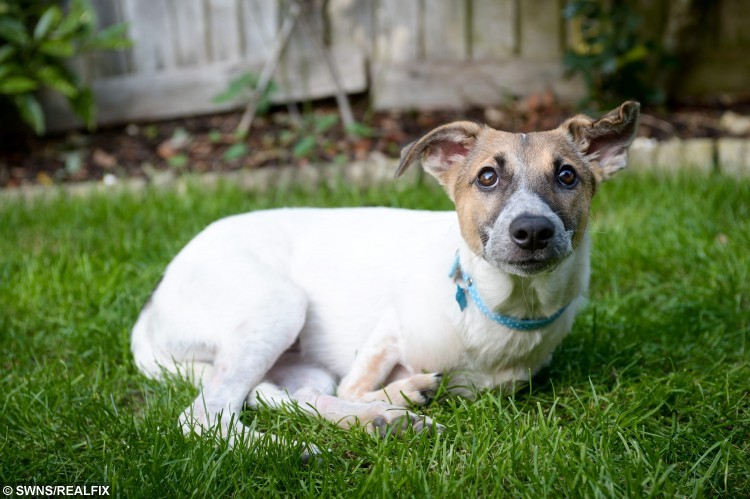